There are numerous lakes in Ladakh and I really mean numerous. I have been there several times but every now and then I keep coming across a new name and then I think, “Have I seen it?” Some of these names are known to people and some are just to locals. As a matter of fact some of these lakes I believe do not even have a name, they are just one among many lakes of Ladakh. Bigger or smaller, one thing is certain that all these lakes are no less beautiful than each other. Here are just a few that I am naming in this article.

1. Starting with the most known and the largest lake in the region, Pangong Tso. A lake that I believe doesn’t need any introduction, specially after the movie 3 Idiots made it so popular. 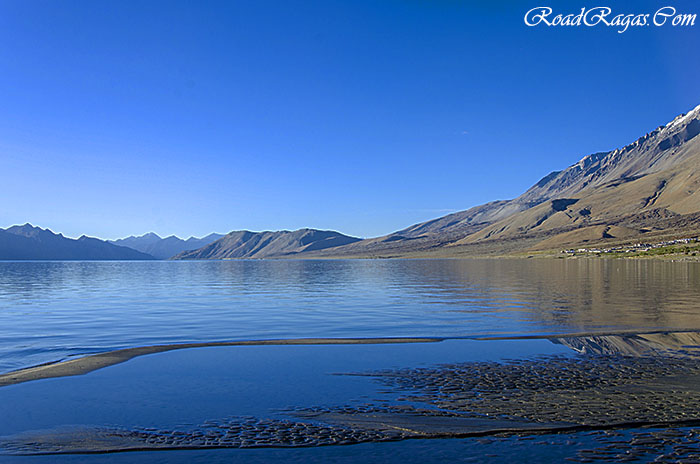 2. The second candidate of course can be none other than Tso Moriri, the second most famous lake of the region. Unlike Pangong Tso which is a salt water lake, Tso Moriri is a sweet water lake, a wetland reserve and also a sanctuary for migratory birds. 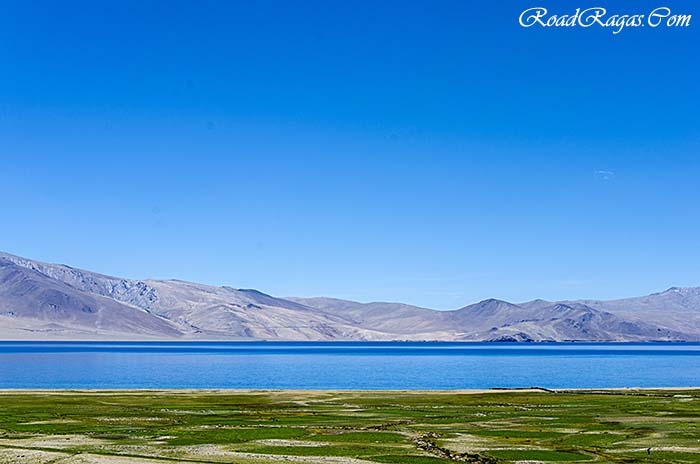 3. Third one in the list can be none other than Tso Kar, another salt water lake that I believe is not really that well maintained and hence loses its charm a bit. 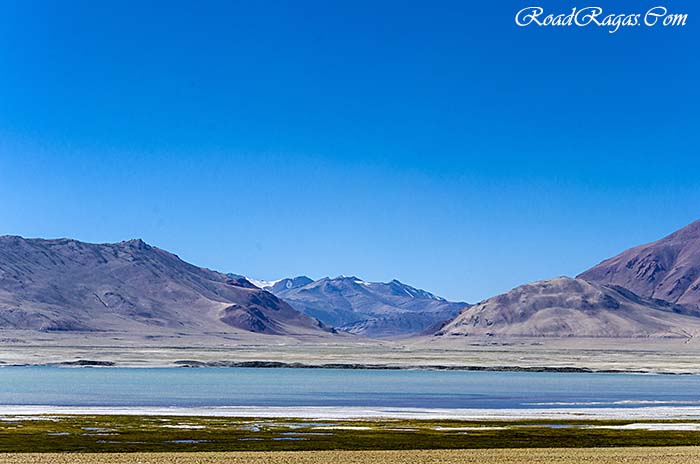 4. After the three most famous lakes, our 4th one doesn’t really fall in Ladakh but I will include it in the list anyways, the beautiful Lake of the Moon, Chandra Taal.

5.  Next in the list are two more lakes that are not exactly in Ladakh but on the way to Ladakh, the beautiful Lake of the lamp, Deepak Taal, and lake of the Sun, Sooraj Taal. 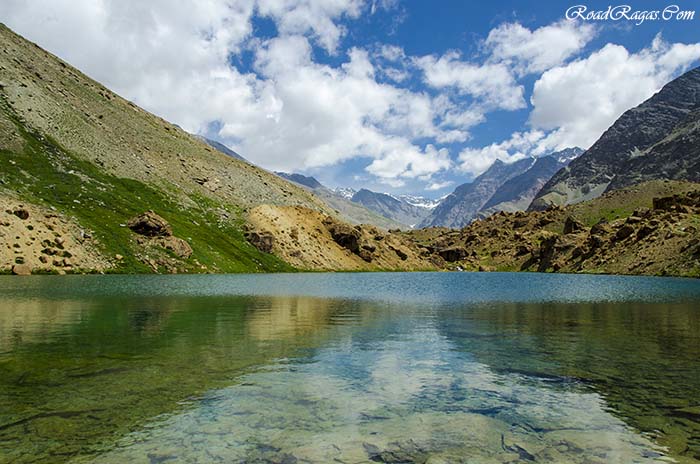 6. And then of course the Sooraj taal. This pic interestingly was taken in the month of July and even then I found this lake half frozen. 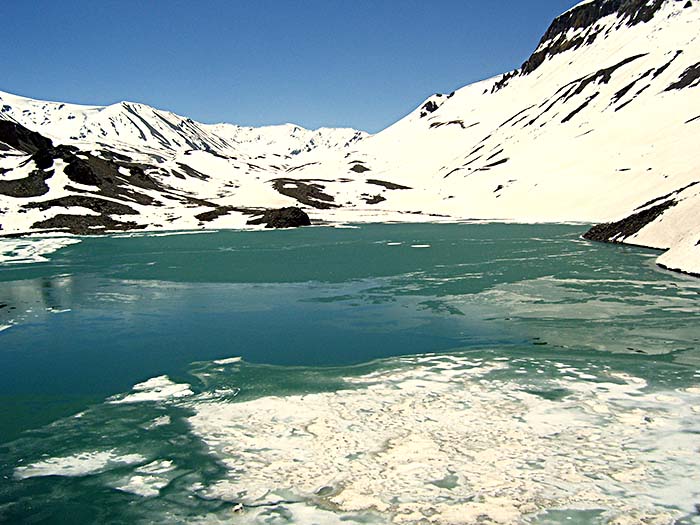 7. Moving on to the lesser known lakes, the next two are on the way to Pangong Tso but since everyone is so excited about Pangong, that these two smaller lakes remain unseen to everyone. The first one is Tso Ltak that fall right after you descend Chang La and the other one is Chagar Tso, just a few kilometers before Pangong. 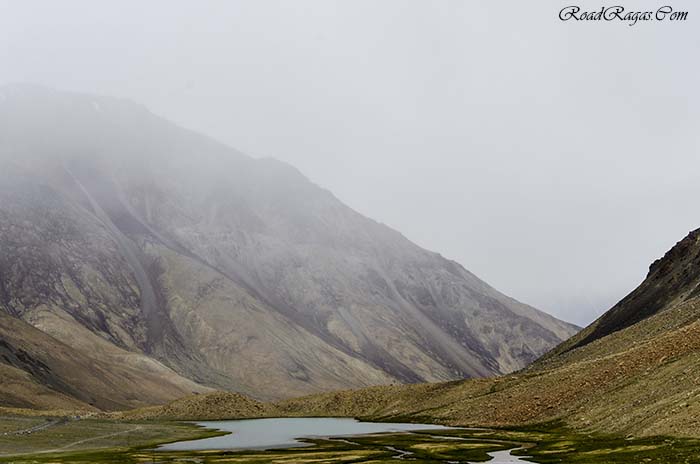 8. The next one is Chaghar Tso. Next time you are on your way to Pangong, keep an eye out for this one. It is really a beautiful gem. 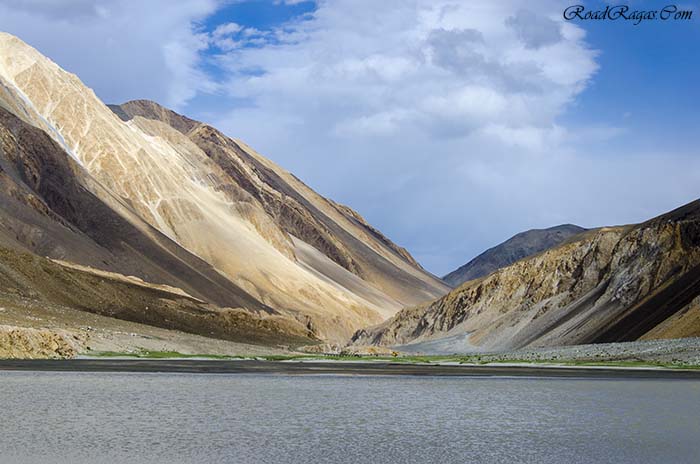 9. The next two lakes are also two smaller lakes that remain unseen because everyone is pretty excited about the bigger and famous lake. The first one is Kiagar Tso which falls on your way towards Tso Moriri and the second one is Startspuk Tso, on the way to Tso Kar. 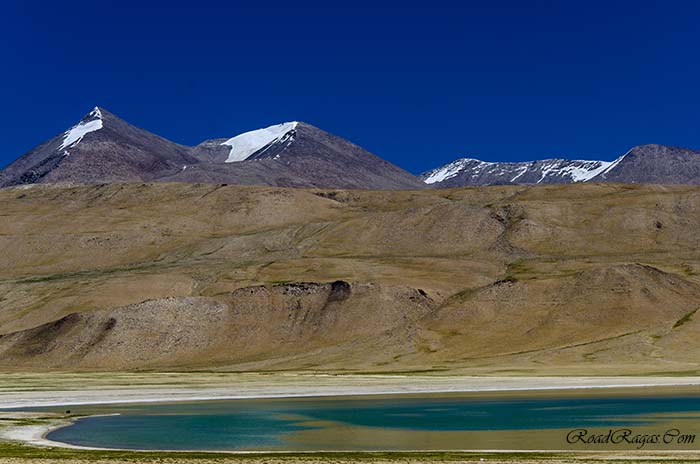 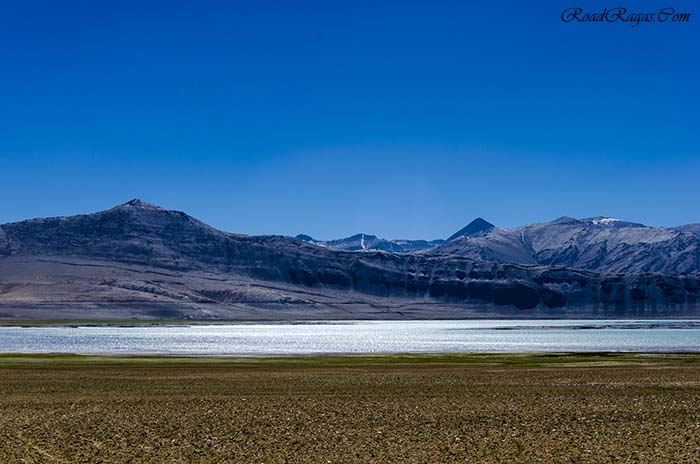 11. Unknown lake on the way to Chagga La. 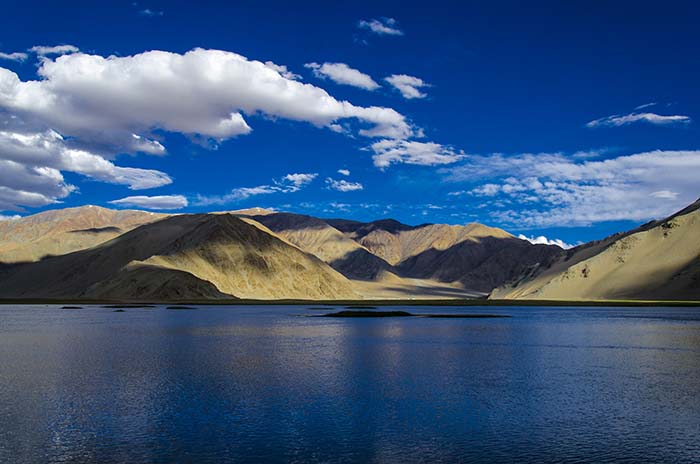 12. Another unknown lake near Killing Sarai on Manali Leh highway. 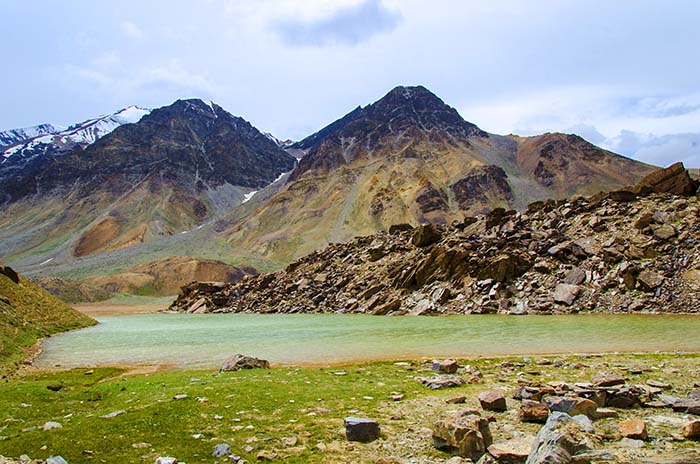 As I mentioned above, these are just a few of many lakes in the region. Apart from these, there are several other like Kyun Tso (also called Chilling Tso), Lang Tso, Mirpal Tso, Ryul Tso, Stat Tso and Yaye Tso, all of which are equally beautiful. If you know of a lake that I haven’t included in the list, please feel free to comment and let me know.

Camping In Ladakh – Self Camping & Camp...