Srinagar to Delhi by Road – The Long Drive Home

This article is in continuation of a previous one and a part of my Ladakh and Zanskar Travelogue. The post below provides a detailed log of Day 15, 16, and 17 of our trip. We spent a day sightseeing in Kashmir and then returned from Srinagar to Delhi by road in 2 days. To read the previous parts of the travelogue, please click on the links below.

The day began in anticipation. The plan was to circumnavigate the much heard of Wular lake. For the uninitiated, Wular Lake is India’s largest freshwater lake is located in Bandipore district. It is also one of the largest freshwater lakes in Asia. The only concern was the strike that was happening in the districts around Srinagar due to some clash with the government and the army with the locals. Still, we marched ahead.

The drive would be marked as one of the most disappointing drives of my life. With a high level of expectation set for Wular, what we saw was pathetic to be blatant. The entire lake was dry, despite being the month of July, and was hardly visible from points along the road.

The route was dotted by villages after villages which wore a deserted look due to the Bandh. There were certain points on the drive on which the lake was visible, but the view was highly disappointing. The entire lake was covered in weed and was hardly visible. I had to convince Aarti that we were actually seeing the lake.

THAT is Wular lake, somewhere beneath those weeds 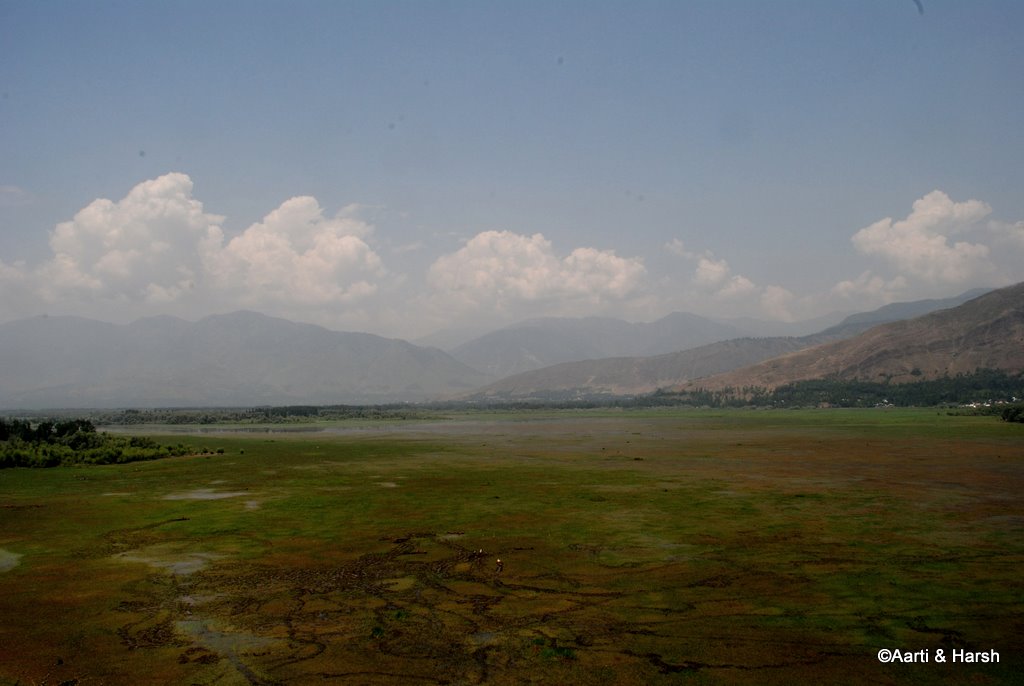 This was one of the few places, where the semblance of a lake was seen​ 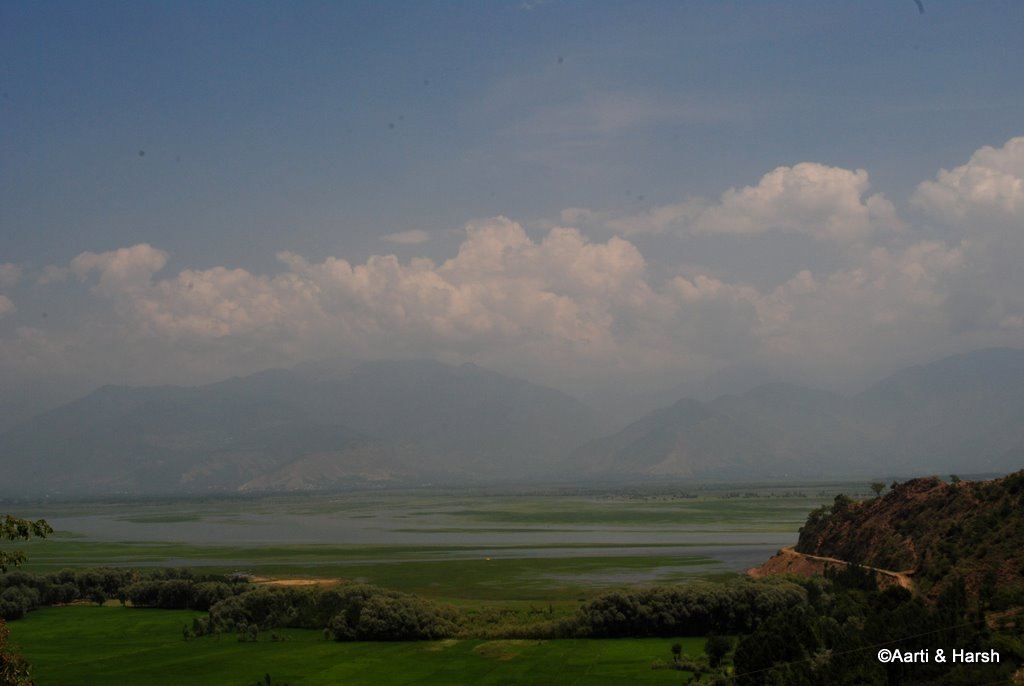 A long 3-4 hours ride later we were finally back on the highway, heading back towards Srinagar. The day had been disappointing so far, and to make it worse further we saw the board towards Gulmarg and decided to head towards it.

The drive towards Gulmarg is now a great highway which is 2 lanes on either side. The average speed was nice and the climb towards Gulmarg was also quite beautiful. However, the destination itself was quite pathetic.

The entire parking was swarming with tourists who were treating the whole place as their personal garbage bin. Throwing items left and right. We were also bugged by ghodi-walahs who wanted us desperately to go around the meadow in their horses.

Also Read: How to Plan a Trip to Gulmarg

Not to mention that the entire place smelled of horse-shit. Disappointed again we decided to just have lunch at Gulmarg as quickly as possible and head straight towards Srinagar. 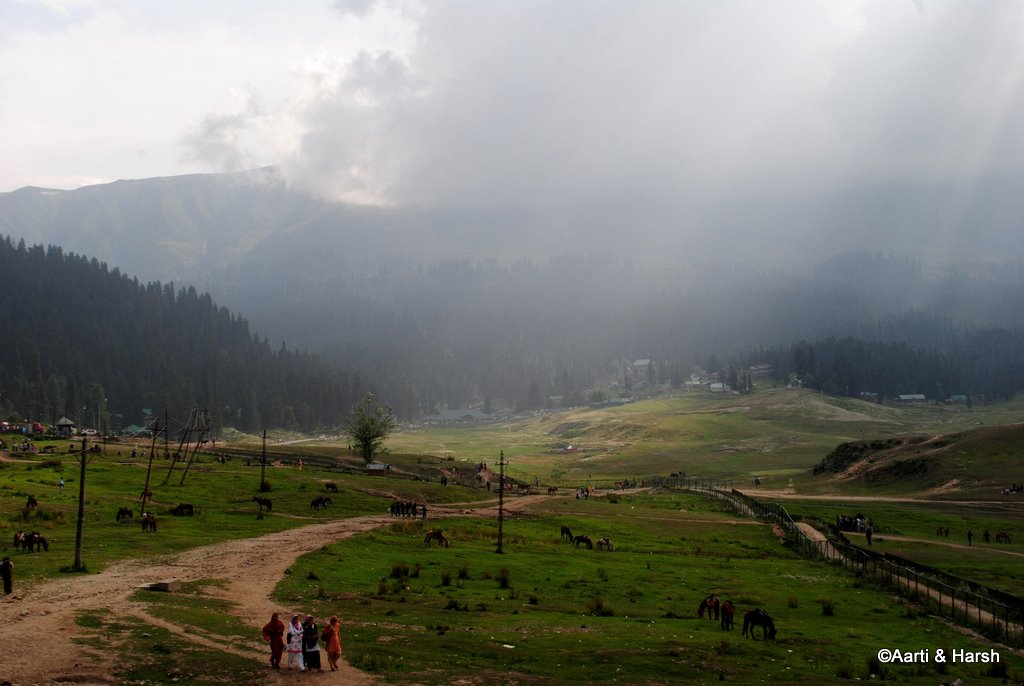 Back in Srinagar by evening and had a decent evening alongside Dal lake. A Shikara ride was the call of the hour along with some kebabs being sold next to the lake (which were very pricey by the way).

Love the name of the houseboat 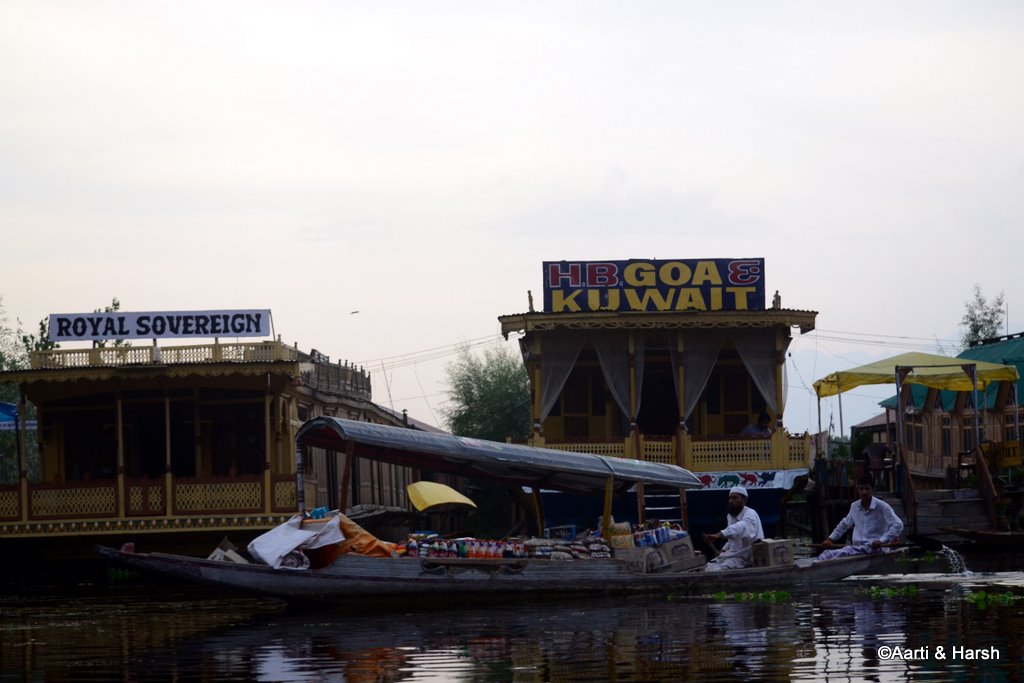 They do get trained early, rowing the boat. 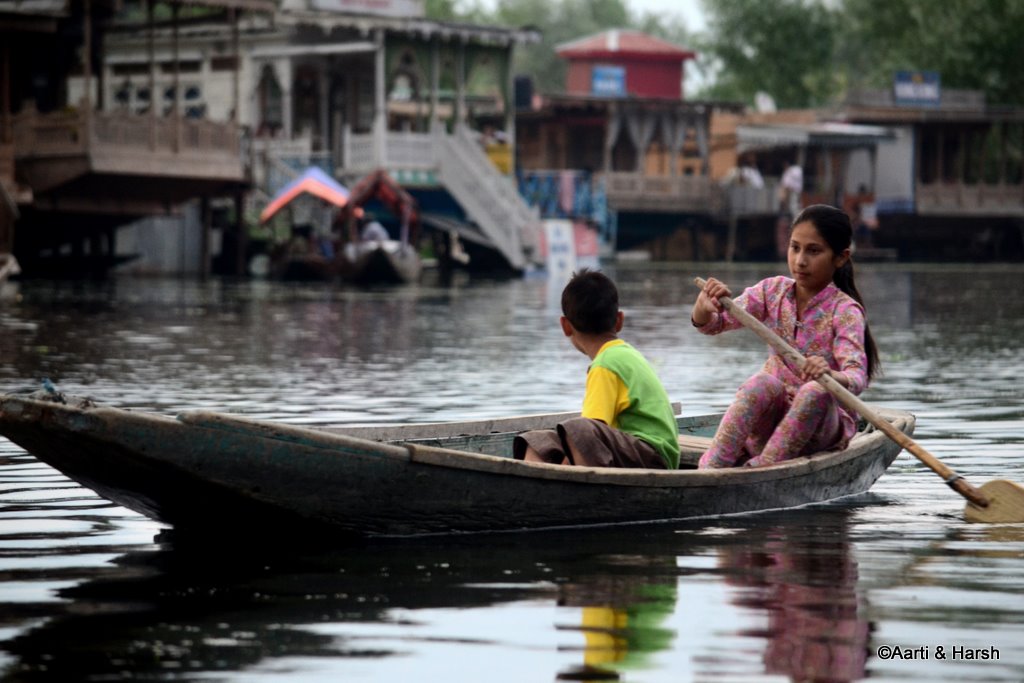 A lovely assortment of fruits. 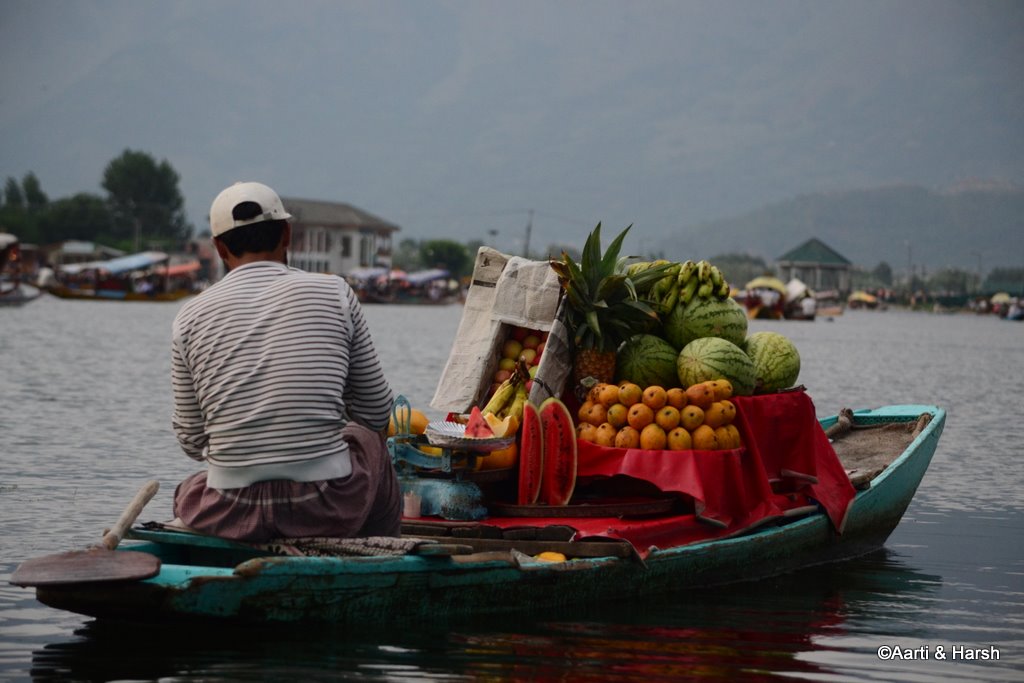 With the trip now almost over, the next two days would be spent on the highway back towards Delhi and “normal” life. The magical two weeks had gone by, and quite fast.

The flipside of coming back from Leh via the Srinagar route is the LONG drive back home. The drive becomes more or less uninteresting the moment one leaves Srinagar valley. To keep it interesting we took out the “Highway on my plate” – guide book and made it a point to visit the Dhabas en route.

An early start from Srinagar saw us having breakfast on the other side of the Jawahar tunnel amidst the torrential rain. The breakfast was heavenly of Warqi Parantha with freshly made Atta ka halwa in a tiny shackle of a dhaba on the roadside. We had to keep the breakfast light keeping in mind the next eating stop of Rajmash Chawal at Peera Morh.

The next stop was to pick up Son halwa at a village just after Patnitop. However, we just had enough space to taste eat. The rest was left to be eaten later on. The gastronomical ride took a rest, and it was some dreary driving all the way to Pathankot. We thought of picking up “Palangtod” there but at the last moment decided against it.

A collection of bats manufactured at Anantnag! 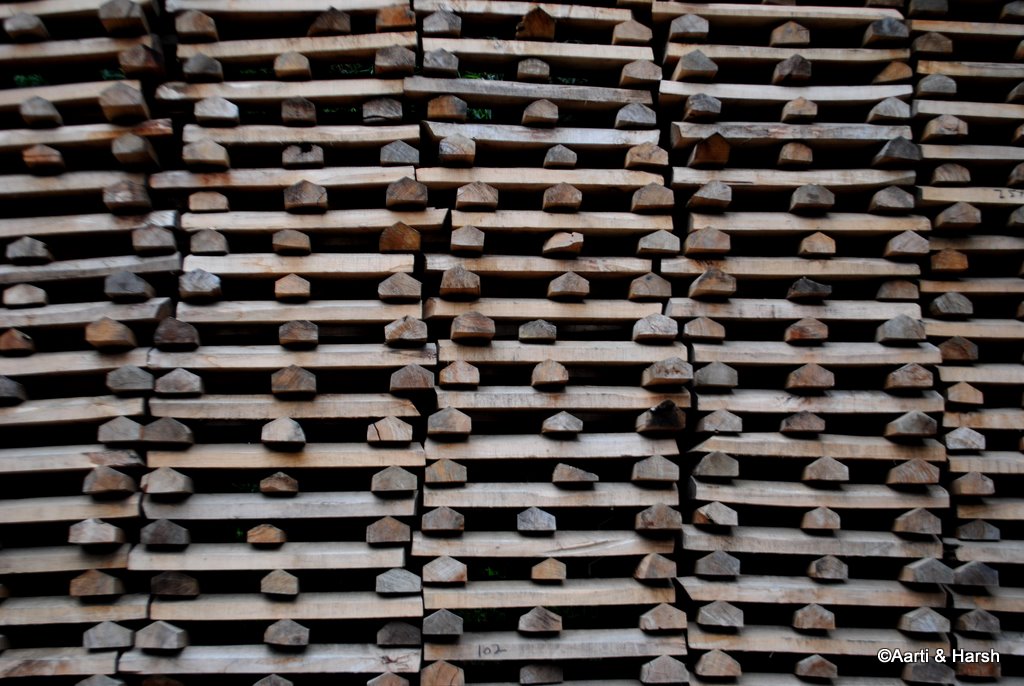 The lovely drive through the valley. 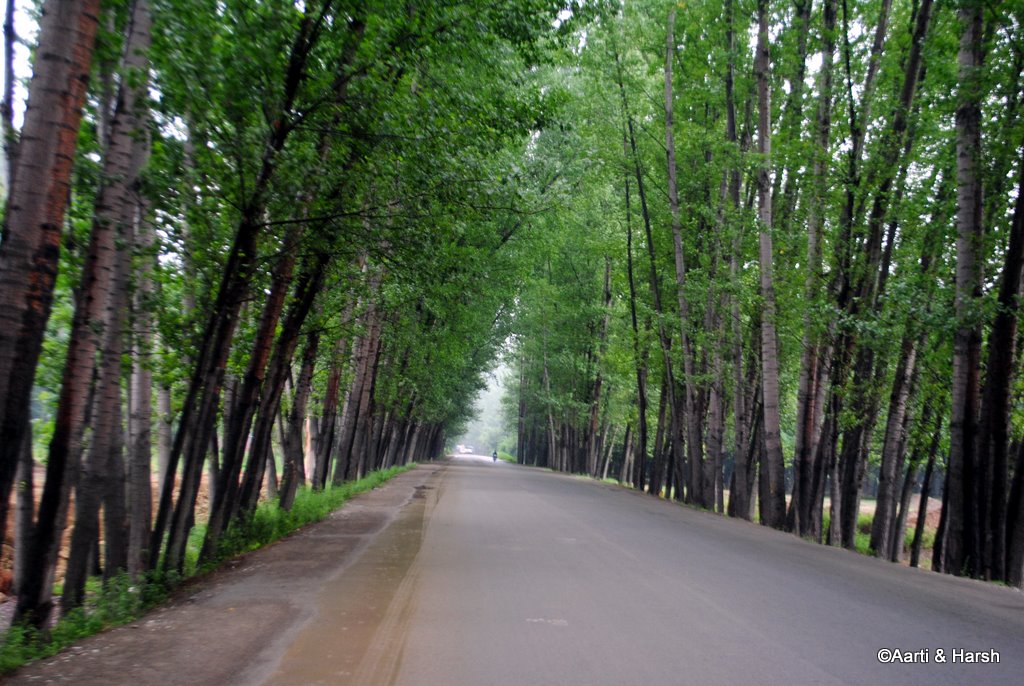 This bridge has always fascinated me, between Udhampur and Pathankot​ 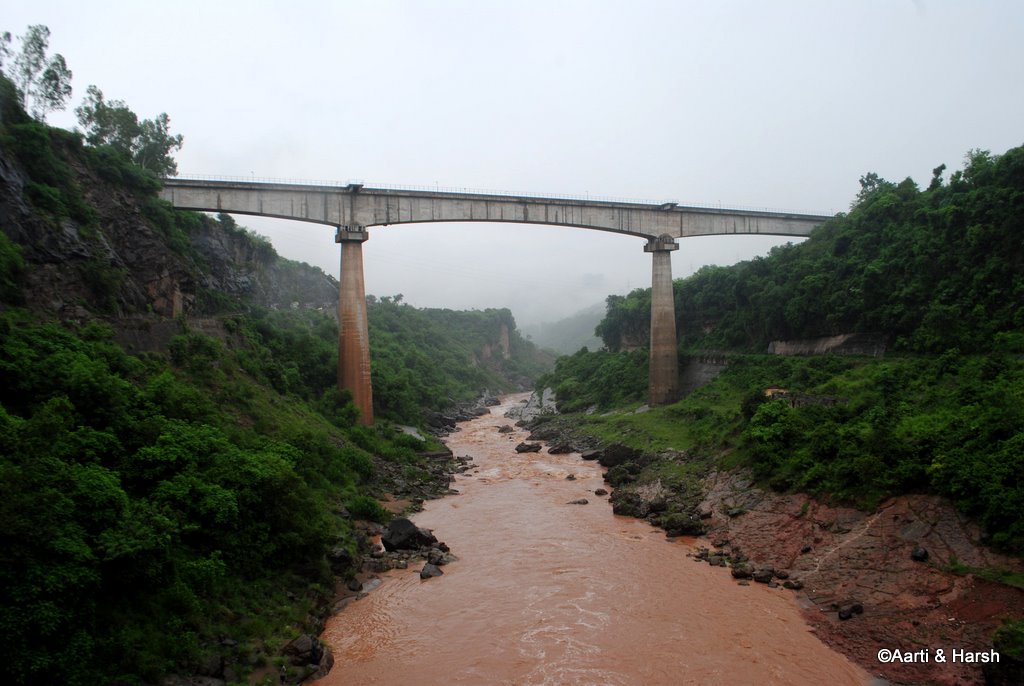 The night was spent at a lavish 4-star hotel, I forget the name now, in the middle of Jalandhar. They were desperate to have us there, and the tariff was reduced from 6k to about 1.5k if I remember correctly now.

Being a nice hotel, and Delhi not being far away. We started off lazily on the final day of the drive. A dhaba between Jalandhar & Ludhiana was to become our breakfast point, although not that great. And again I forget the name of the dhaba.

We had to give Puran Singh ka dhaba (at Ambala) a miss, as we were pretty much stuffed with food by now.

The drive toward Delhi was uneventful, but as always such drives lead to a very interesting conversation. This time the conversation led to another trip planning towards Ladakh, but this time on a bike.

Action has already begun on the planning and purchasing part of the next trip, which led us to buy a new tourer in the family, WanderB. A Classic 500cc. 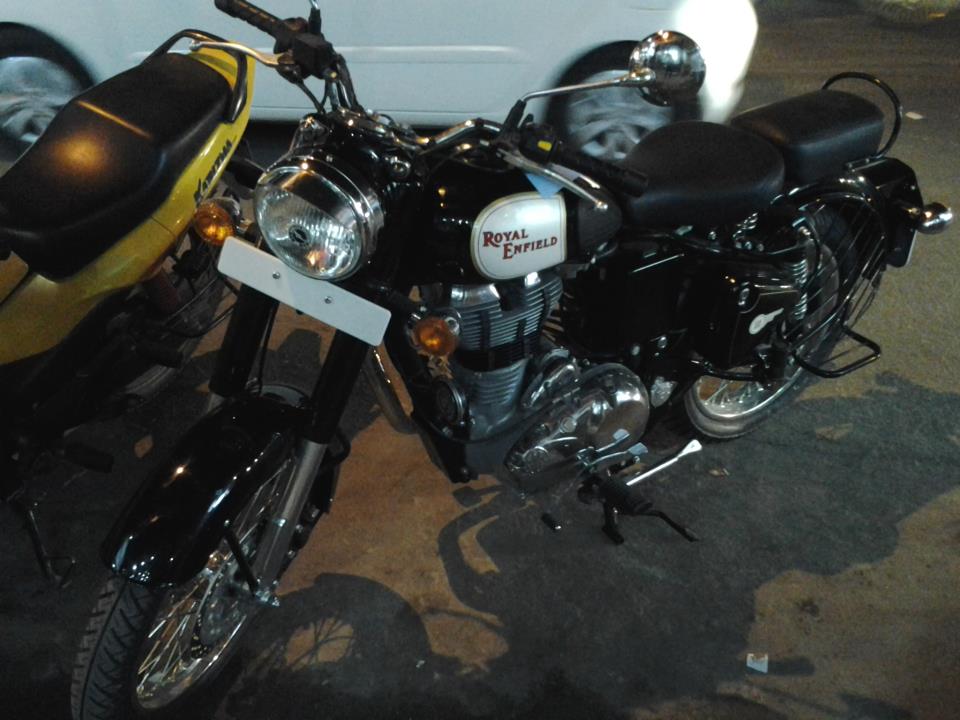 I hope you enjoyed reading the travelogue. If you have any questions or need any help planning your trip to Ladakh and Zanskar, please feel free to ask in the comments section below or at our Community Forum, and I will be glad to answer.