Srinagar to Peer ki Gali – To the Heart of Mughal Road

This post is in continuation with a previous one; and part of my Kashmir Travelogue. On this particular day, we traveled from Srinagar to Peer ki Gali, the highest point of Mughal Road. On the way, we also covered the Aharbal Waterfall; also known as Niagara Falls of Kashmir. If you wish to read previous part of this travelogue including details on Aharbal, please click on the link below.

Journey So Far: Srinagar to Aharbal – The Magical Waterfall

Peer ki Gali, also spelled as “Pir Ki Gali” is the highest point of Mughal Road; a Pass at an elevation of 3,485m (11,433 ft) above the sea level, located in Jammu and Kashmir. With Bafliaz on one side at a distance of 55 kilometers and Shopian on other at about 45 kilometers, this pass is almost the mid point of Mughal Road. I have been planning to travel on Mughal road for quite a while now but had not been able to do so yet. So this was my chance to see what has been described by many as one of the most scenic routes in all of Kashmir.

Also Read: How to Plan a Journey on Mughal Road

We spent a couple of hours and in that little time, clicked around 300 pictures of the waterfall from different angles. When we have had our fill, we started on our way back 15 kilometers to Shopian; and then took the turn towards Bafliaz on Mughal Road from there.

We had spent a little too much time at Aharbal and by the time we reached back Shopian, it was already 2 PM. So now reaching Bafliaz and then coming back to Srinagar before it got dark was not really an option. Now the best we could do was to reach Peer ki Gali which is the highest point of Mughal road and at a distance of 40 kilometers from Shopian.

We started riding and had barely gone 5 kilometers when it started to rain cats and dogs. Neither of us was carrying any rain gear and had to take shelter under the ledge of a closed shop nearby. 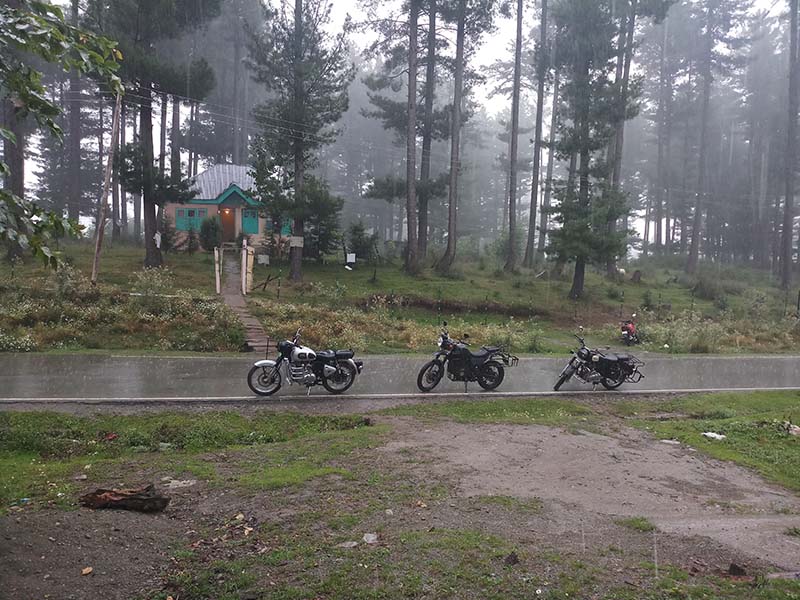 While we were standing there waiting for the rain to stop, a village boy joined us there and below is how the conversation proceeded. He really looked like a shepherd’s child, wearing torn dirty clothes and barely 11 to 12 years old. I am sure that he must not have seen the inside of a school ever.

“Haan” I smiled and said

For a second, I thought I did not hear him right.

“Kya” I asked to confirm

“Accha” That is all I could said.

All three of us with a surprised and shocked expression on our faces. Here we were, being lectured by a poor uneducated 11 year old about internet and weather forecast.

Finally rain stopped after what was half an hour but seemed like an eternity. We started our ride again but stopped shortly for some tea and food.

We started again after a couple of cups of tea and some bread-omelet. 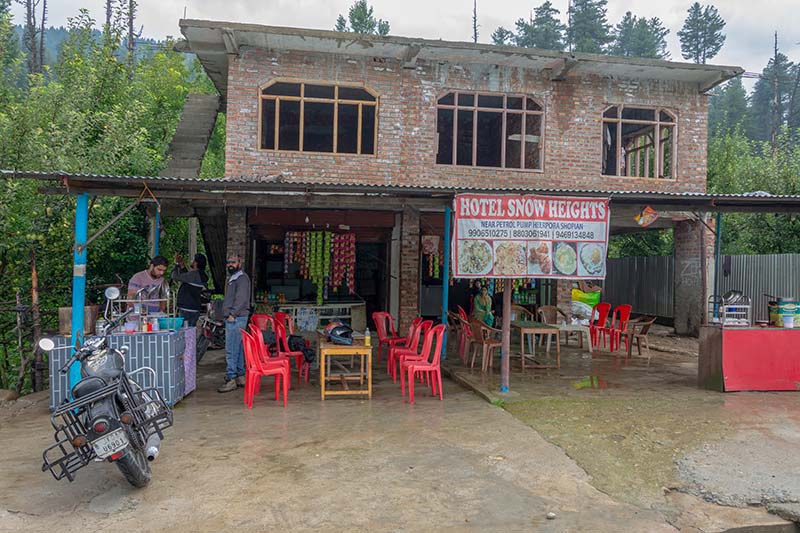 Met this beautiful child at this tea shop. 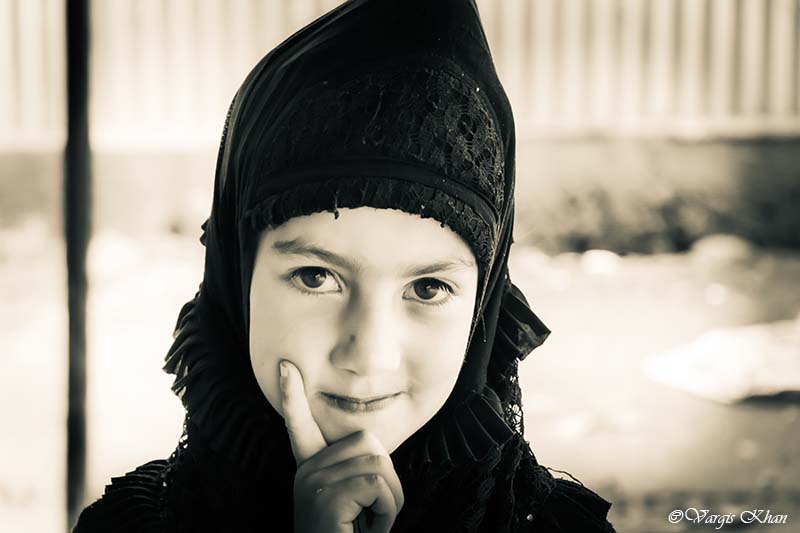 Peer ki Gali is actually a mountain pass that lies between Shopian and Bafliaz. I have covered this place in details in a different article Peer ki Gali – The Heart of Mughal Road. From either Bafliaz or Shopian, you keep climbing up to the top of the pass and then climb down to the other side. There is a mazar here at the pass; shrine of Sheikh Noor-u-Din Noorani and this is from where the pass gets its name as Peer ki Gali. It reminded me much of Rohtang Pass because the vistas looked similar but it was far more beautiful than crowded Rohtang. If you are visiting Srinagar, then I highly recommend that you return to Jammu via Mughal Road or at least make it a day’s trip till Peer ki Gali. You will really like it. 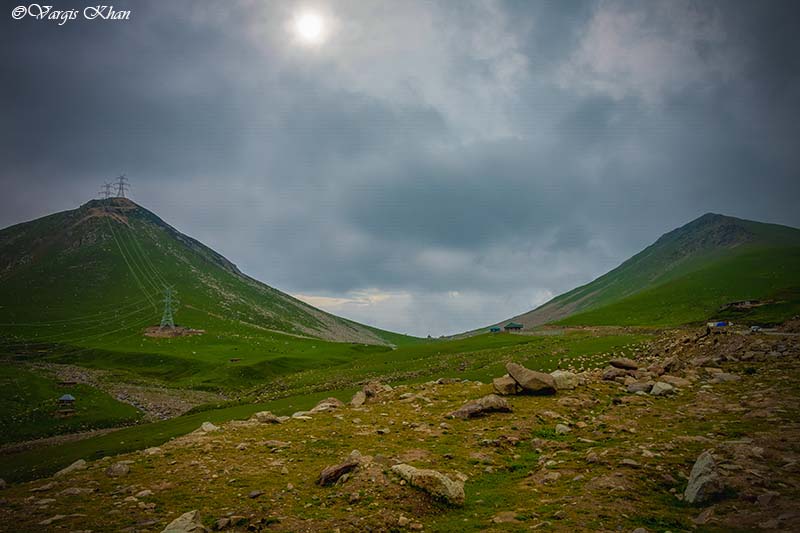 We visited the mazaar. 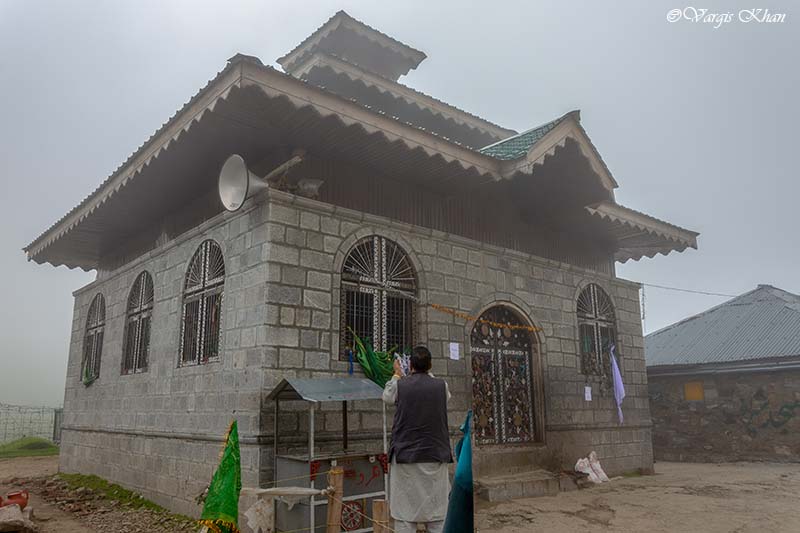 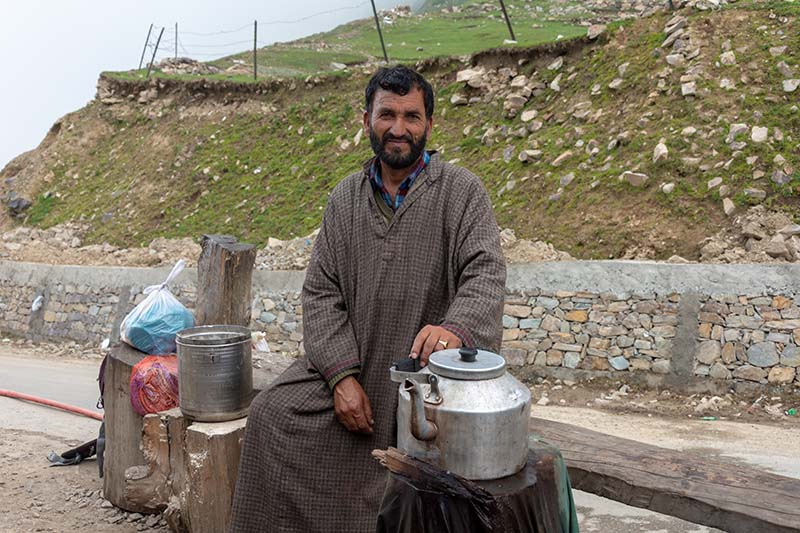 Right in front of the mazaar, there was this guy offering free Kashmiri tea; more like what you will call as “Prasad”. The tea was salty of course with no sugar at all. Interesting part however was that they were putting in a powder like thing in the tea. He didn’t really tell me what it was but I think it could have been sattu. When I asked him, he told me that the tea and the powder helps you keep warm and cleans the body from inside. I am not sure about the cleaning part but one cup of this tea and we indeed started to feel warm even though it was very cold up there.

Met this  old man at the mazaar, a local shepherd. 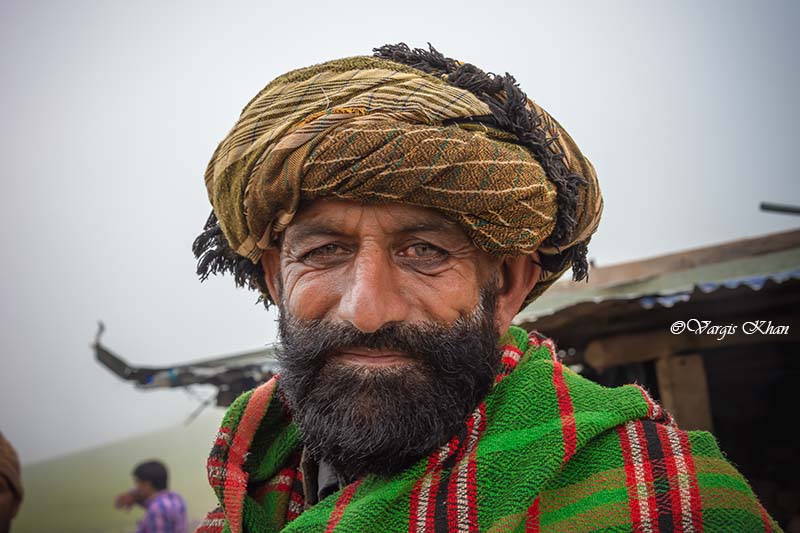 We started on our way back after clicking plenty of pictures and after that, it was pretty much a straight ride ahead. 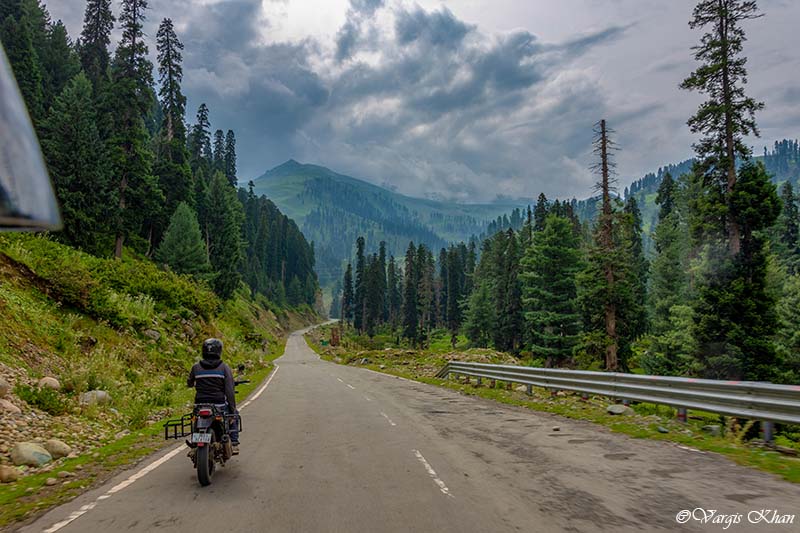 We took one butt break at Shopian and then straight at Dal Lake where we witnessed some amazing views of sunset. While we were on our way back, Faisal sent me a text saying all our bags had already been sent back to Hotel Grand Valley Inn; the same one that we stayed at yesterday. Tomorrow was going to be Eid and I knew that he would be busy with all the preparations so without bothering him to meet, we went straight to Dal Lake and then our hotel. 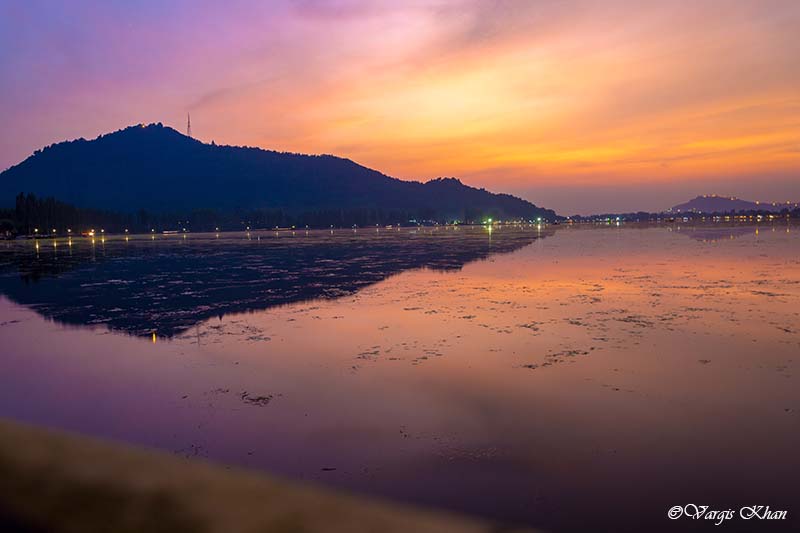 Not much happened after that. We returned to our hotel and then went out for dinner at the market in front of Shalimar Bagh. I wasn’t sure where to offer my Eid prayers the next day so I asked Faisal. He advised me against visiting the Eidgah and suggested a local mosque nearby rather. We found out about a mosque near our hotel where the prayers were to happen early in the morning. It was actually the owner of our hotel who suggested it. He advised us to be ready by 7 AM and said that he will come pick us up to go to the mosque together.

With that done, we retired to our room and it was time to watch some south Indian movies dubbed in Hindi. I don’t watch much TV but was really surprised by the number of dubbed south Indian movies they play these days. Throughout the trip, no matter which channel we switched to, it was always a south Indian movie going on. I have nothing against South Indian movies but to be honest, it sounds really ridiculous when they dub it in Hindi. They really do a terrible job at dubbing these. Nothing ever is in sync and rather than entertaining, these movies end up annoying.

Below is a distance chart for our journey today.

Aharbal proved to be as beautiful as I imagined it. Mughal Road and Peer ki Gali were not in our original travel plan. But I was glad that we made this last minute addition. Every second we spent on Mughal road was totally worth it.

Our plan for next day was to visit another beautiful part of Kashmir Valley called Yusmarg. Please read Yusmarg – The Heavenly Beauty of Kashmir to continue reading this article further. If you have any questions; or would like my inputs to help plan your trip to Kashmir; please feel free to ask in the comments section below; or at our Community Forum; and I will be glad to answer.