This article is in continuation to a previous one and a part of my Northeast trip travelogue. The post below talks about our Elephant Safari in Kaziranga National Park. It was our second safari as we already had done the Jeep Safari the day before.

In the previous days, we visited Cherrapunji, Mawlynnong village, Sibsagar, and also attended the famous Hornbill Festival of Nagaland in Kohima before arriving in Kaziranga National Park.

We woke at around 4.15 am with a wake-up call by the hotel. Got ready without a bath when it was time to leave. The jeep took us some 10 km westwards towards the western range where the elephant safari was to commence.

It was still dark. There were many family groups like us. At around 5.30 am, the huge people convoy was given Lal chai and the elephants fed with more and more elephant grass. Everyone waited till it was a bit dawn.

Then we were taken to the “elephant loading platform”. One elephant can seat 6 persons and a mahout. 3 people sit on one side, then the safety rod is attached, then the elephant faces the other side and 3 more people sit on another side.

Then the elephant begins its journey. Sadly flash is not allowed and I can’t change any exposure time in my digicam, so most photos were blurred. Some sightings. 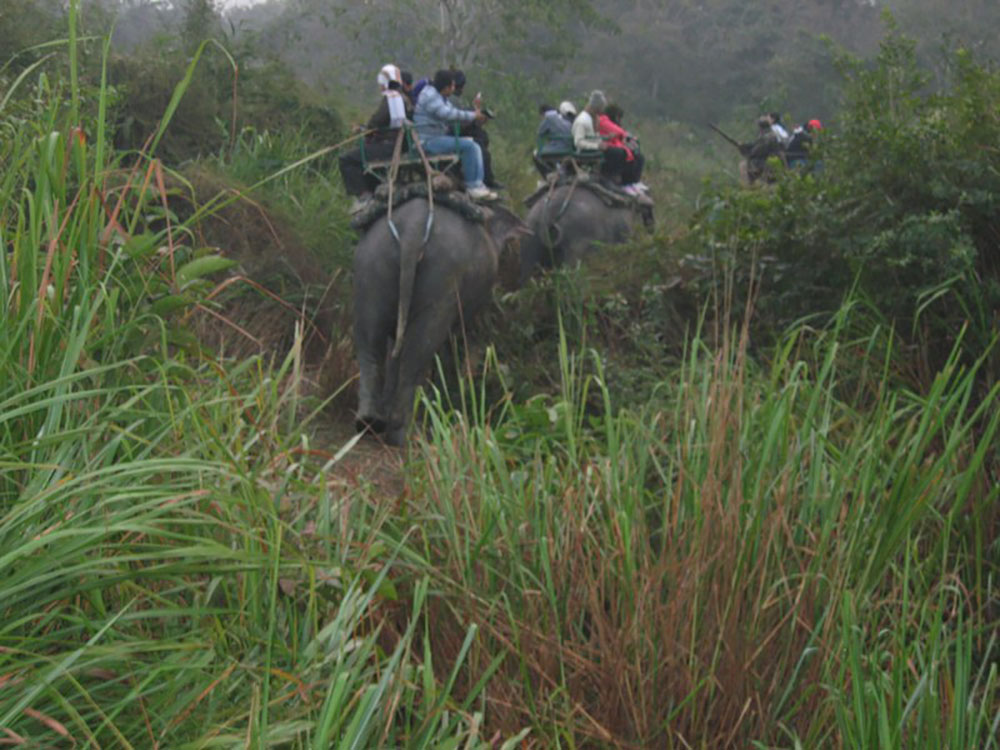 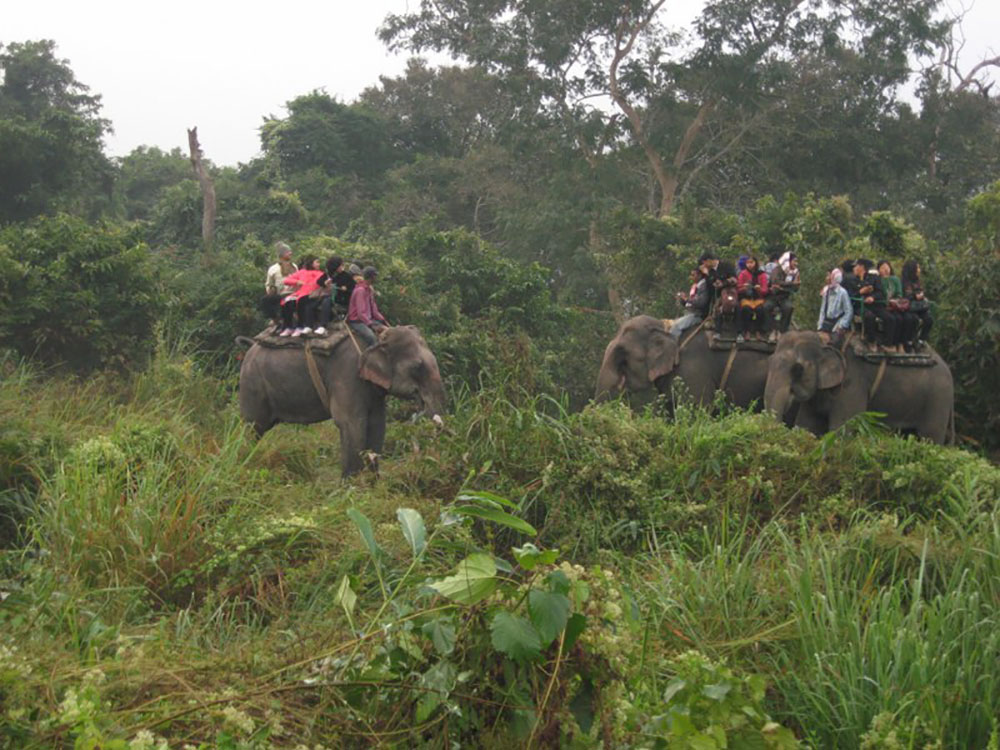 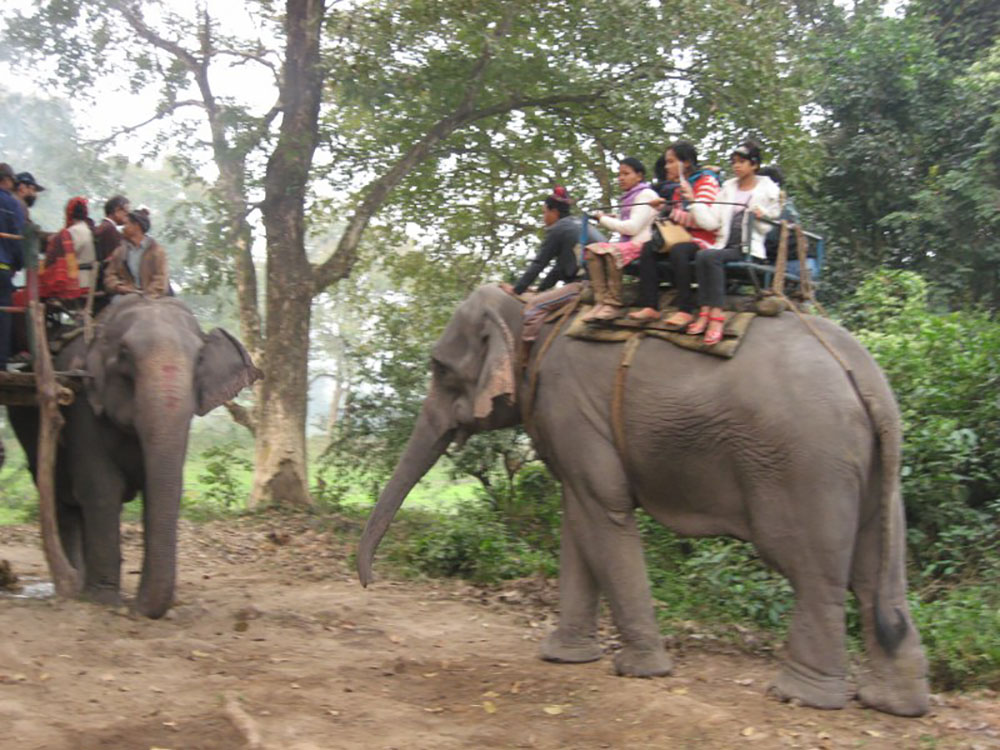 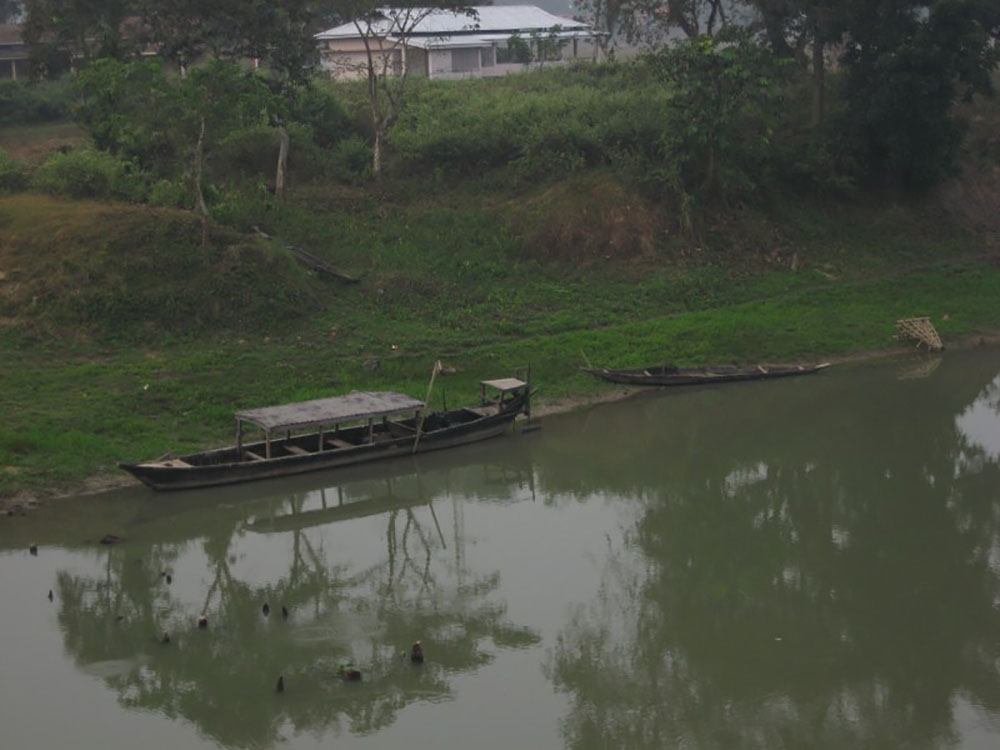 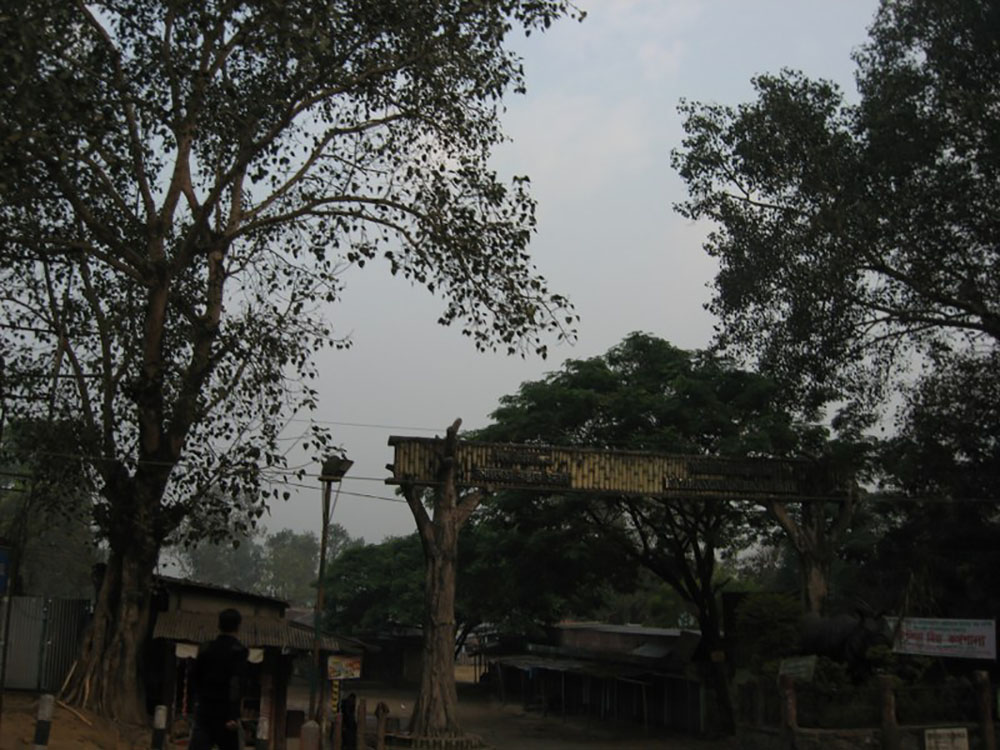 We noticed a deer recently killed by some wild animal, mostly a tiger. Deer were so peacefully grazing as if goats. Some rhinos started appearing at a very far distance, just drinking fresh stream water.

A nice mother and baby rhino were playing in a nearby pond. Since it was very close, many mahouts directed their elephants to go there. But the rhino fled by making a (DRRR) sound like a frog; by the sight of 4 elephants approaching it!

Most pictures were blurred and most of the time was spent watching the elephant (on which we were sitting) eating nearby grass while walking.

We returned back to the hotel by around 8-8.30 am, then had a good rest for 2 hrs, then leisurely had our bath and then Lunch by 1 pm (checkout time).

After lunch, we bid adieu to the hotel manager and staff and their quality of service. Then our aim was to go to Golaghat for Dr. Robin Banerjee’s museum. We could have well reached Guwahati the same evening however I thought it better not to miss this and hence I booked a return train ticket (Yes, who would have gone by train from Kaziranga to GHY)

To go to Golaghat (dist HQ of the district which contains Kaziranga NP), one has to go to Bokakhat (what rhymes!). We caught a Tata magic and for 10 Rs/head, he dropped us at Bokakhat to Bokakhat-Golaghat minibus service’s bus stand.

We immediately got a bus and were off to Golaghat. With the company of nice oranges to eat and live broiler chicken kept in the wooden basket at my feet, adding the charm of more and more tea estate, one finally deviates the highway over to Numaligarh refinery.

It is the largest refinery of NE India (and perhaps India itself) and has its own petroleum products, makes and sells diesel and petrol at its own petrol pumps in Assam.

It also has its own pipeline of some 1900 km from Numaligarh to directly Haldia (in West Bengal- port) running parallel to NH 37, going below the Saraighat bridge (of GHY), just beside the IIT, running parallel to the rail line, all the way to Haldia!

Technically speaking, Numaligarh is the nearest railway station from Kaziranga N.P. On the Bokakhat- Golaghat road. It is a branch road of Assam Trunk or AT road; which further goes to Dimapur and thus to Kohima, Imphal, Moreh, and Myanmar.

Anyways we got down at the main town bus stand by around 3.45 pm. The Robin Banerjee’s museum for which we had come this far was closed. After a brief search, we found the timings were up to 4 pm. Then some person opened it for us (since it was not 4 pm- we still had 5-10 mins left).

Anyways, Dr. Robin Banerjee is a naturist and the person who has exposed Kaziranga to the world. He has done a lot for children all over the world and has received several prizes and gifts from all parts of the world.

He had an affinity for dolls and the museum has some of its 600 doll collection. It also hosts events like man’s existence etc and short CDs of Kaziranga NP (couldn’t be played since their projector was faulty). 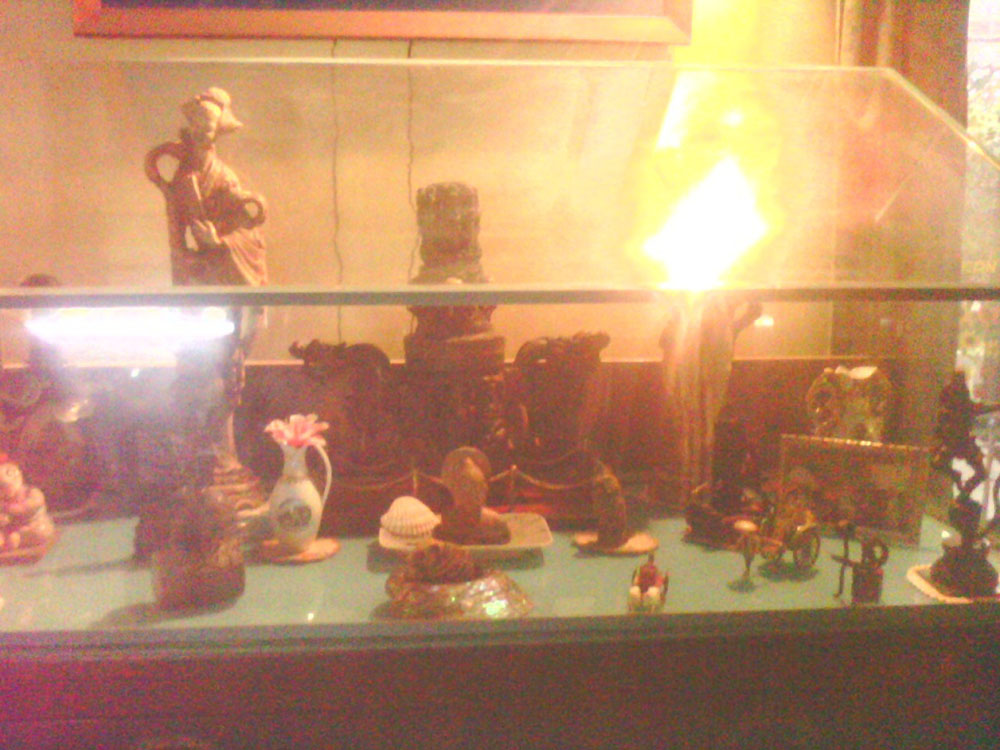 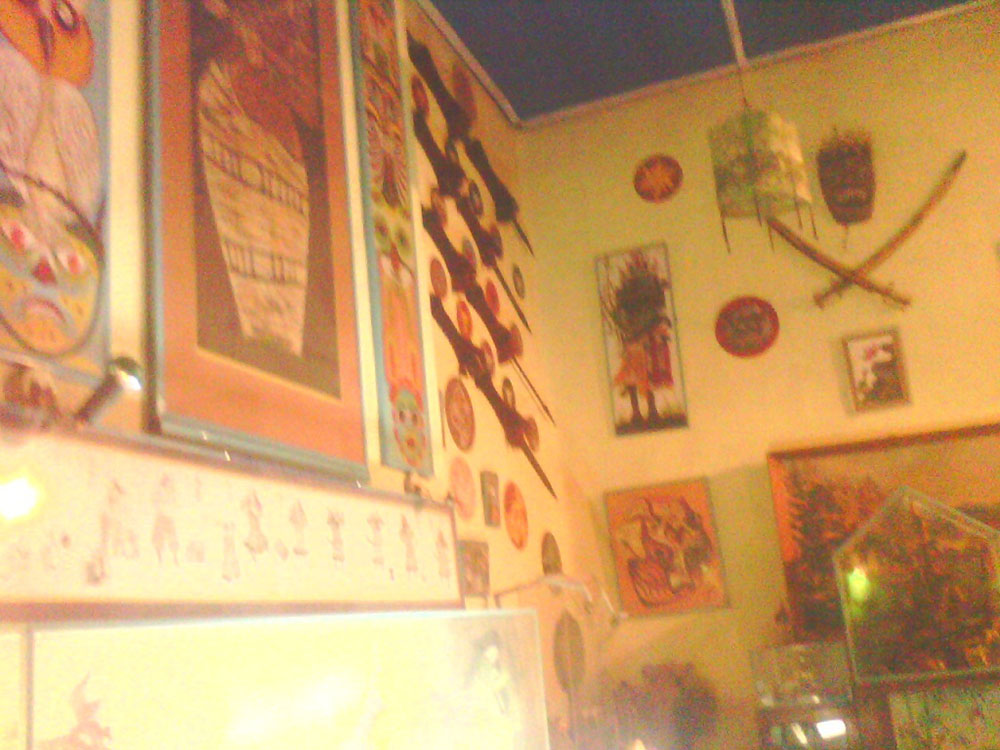 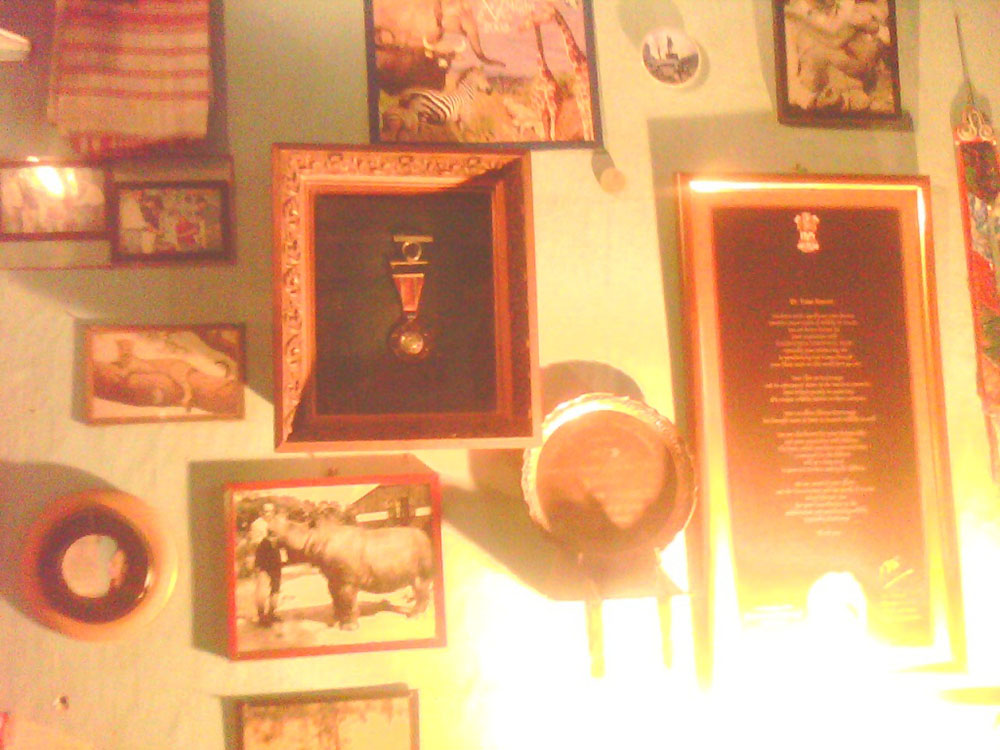 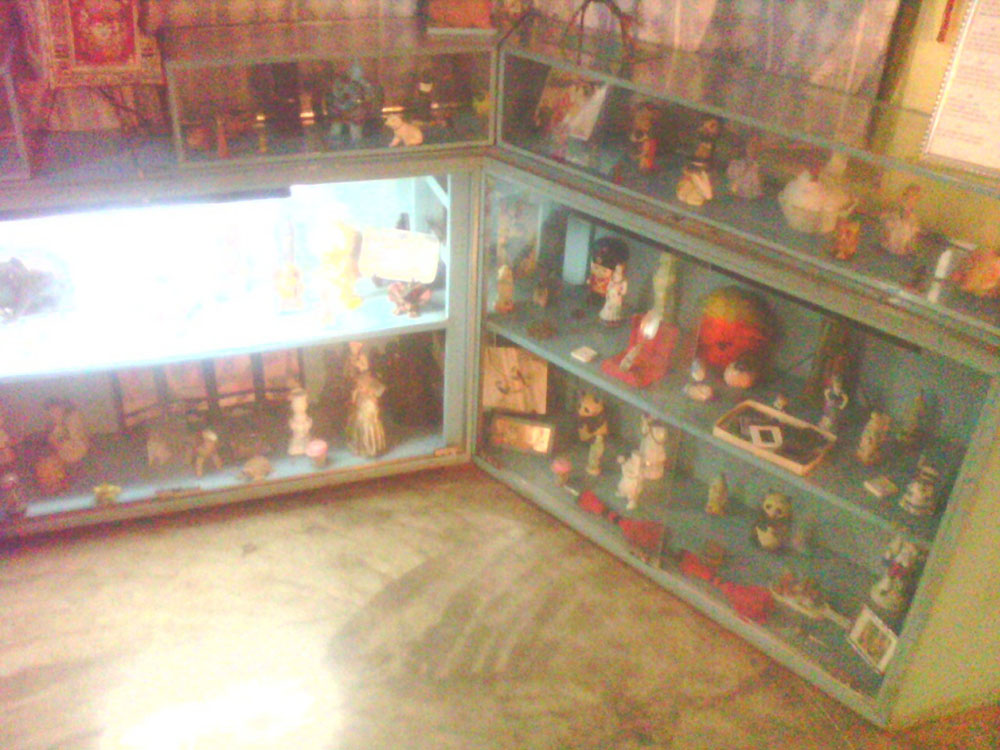 Nothing much to see, one can thoroughly skip this. Golaghat town is quite large and we roamed in the nearby garden till dark and then in the shops nearby. Then we went to the railway station Chariali (meaning chowk) and had dinner at a big hotel on the station road.

The food was quite good. The hotel seemed good with more options for staying. Anyways we were at the railway station by 8,15 pm- a good 1 hour before our trains departure time.

We spent some time at the rail station. It started raining. Finally, our 6 coach train came to Golaghat railways station and we boarded. It joined the main train (from Ledo) at the next station- Furkating junction.  Soon we were all asleep while the train continued on its tracks.

Our plan for the next days was to spend a couple of days sightseeing in Guwahati and then go to Darjeeling. Please click on the link above to continue reading the next part of the travelogue.

I hope the travelogue and pictures of our Elephant Safari in Kaziranga National Park were of help. If you have any questions, please feel free to ask in the comments section below and I will be happy to answer. You can also follow me on Instagram and chat with me live there or subscribe to my YouTube channel and ask a question there.