This article is in continuation to a previous one and a part of my Northeast trip travelogue. The post below is a detailed narration of our journey from Cherrapunji to Mawlynnong Village, which is known as the cleanest village not only in India but entire Asia.

My parents arrived from Mumbai to Guwahati on Day 1 and then on Day 2, we traveled from Guwahati to Cherrapunji by road. You can read about the first two days of the trip in the post linked above.

Mawlynnong is a village located in Khasi Hills of Meghalaya, at a distance of 90 km from Shillong. It is noted for its cleanliness, due to which, it was named Asia’s cleanest village in 2003, and the cleanest in India in 2005 by Discover India Magazine.

The people residing in the village are Khasi people and primarily Christians. The village has 3 churches and locals have made a lot of efforts to boost tourism in the area. There are homestays available in the village for people who wish to stay here overnight.

I had read about Mawlynnong, the garden village and inarguably the cleanest village of Asia, on many websites. One person, Timothy Allen, liked this area so much that he stayed there for one month and wrote about his experience in detail.

The main person promoting tourism in and near the area is a guy called ‘Henry’- somewhat in his late 30’s. However, I did not call him thinking that the driver might know the location. However, the driver had no clue about the region. We were often going asking some people.

Even my judgment that a road (east-west) may exist from Cherrapunji to Pynsurla (eastwards near Mawlynnong) proved incorrect and we had to make a detour of going almost up to Shillong (merely 25 km before Shillong) at the junction where we bifurcated yesterday and then catch the Shillong-Dowki (India)- Tamabil (Bangladesh) highway.

The whole road is nearing widening and it’s almost as wide as 3 trucks in parallel wherever completed. Which meant that the ride was a pleasure amidst the Khasi hills. 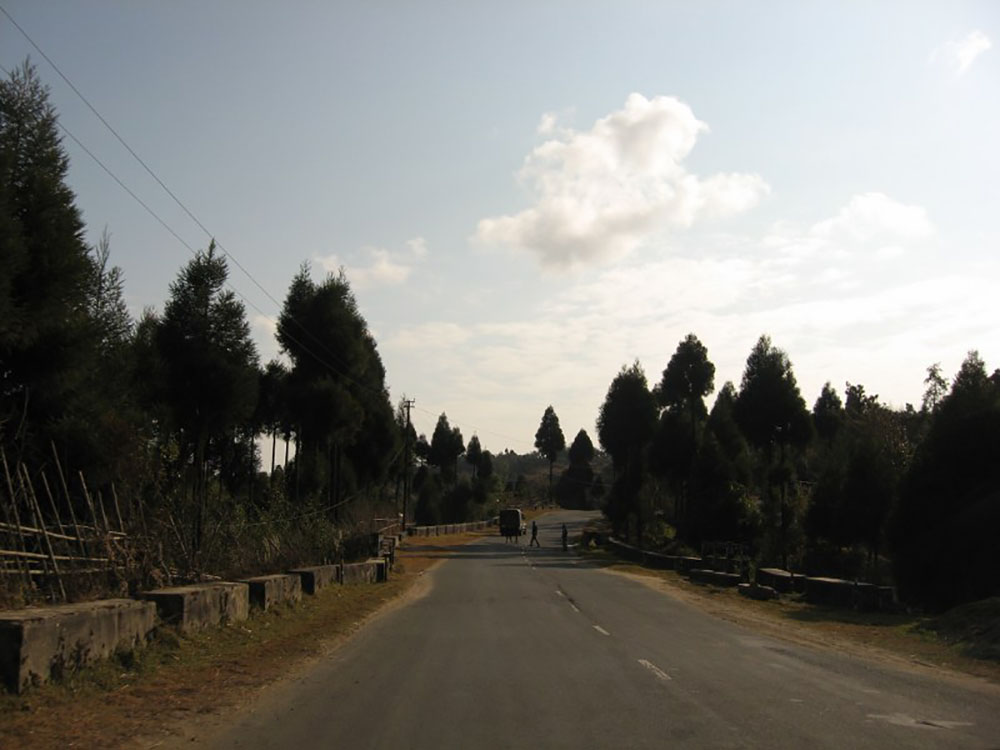 The highway from Shillong was fully dotted with several coal mines and had an unearthly burning smell. I first thought that the smell may be of some unburnt diesel in the car. Then the driver told about the mines in the area. Meghalaya- apart from its natural beauty- has several mines in the area too.

About an hour ride later, one reaches Pynsurla- the main town of the region. The town is nothing to be talked about except its church and hell lots of pork shops dotted throughout which was sort of a Yuck for us. Though I am allowed to eat limited non-veg since my parents are purely veg, it was a fully vegetarian journey throughout.

Going some 5 km ahead, the road towards Mawlynnong bifurcates from the Tamabil/Dowki highway towards the right and it becomes a very narrow path. Going through the village roads with trees of broom and several logs freshly cut, one suddenly enters an agriculture-rich area. 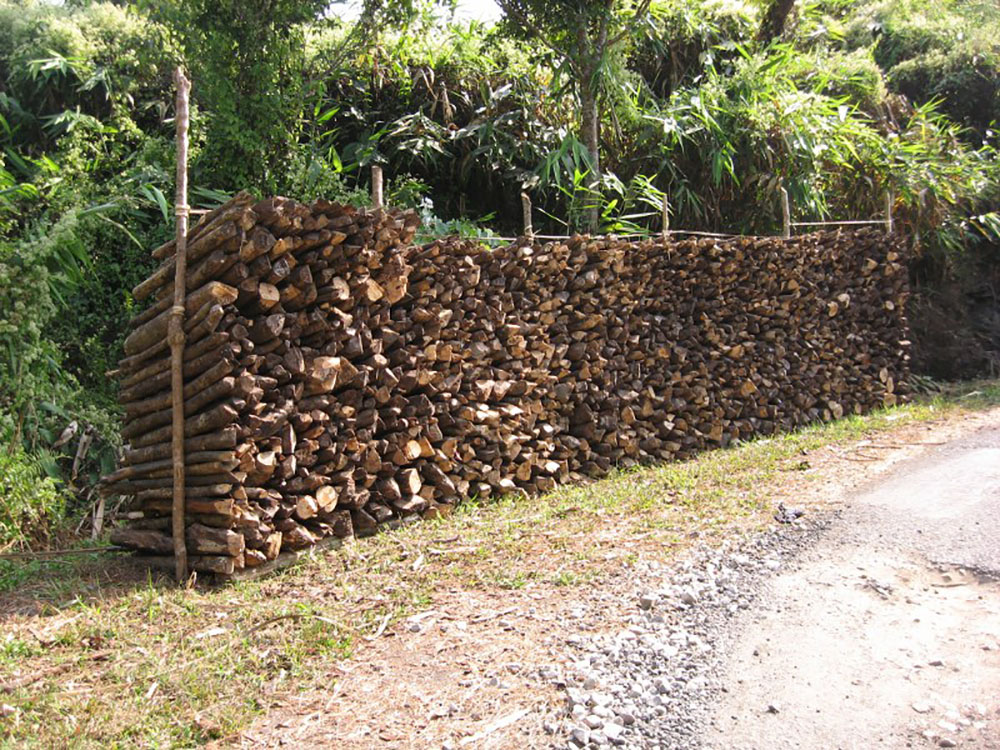 A bridge exists built by BRO crossing towards Mawlynnong.

Mawlynnong is some 20-25 km away. The road itself is a dead-end towards Mawlynnong. On the way, there exists a town (Riwai village) that hosts one of the several hundred living root bridges. This one is the easiest accessible.

Anyways we reached Mawlynnong and since it was Sunday, there was not even a dog on the road! Everyone was at the local church and we had to wait till 1 pm or so to let the prayers get completed. In the meanwhile, some tea. 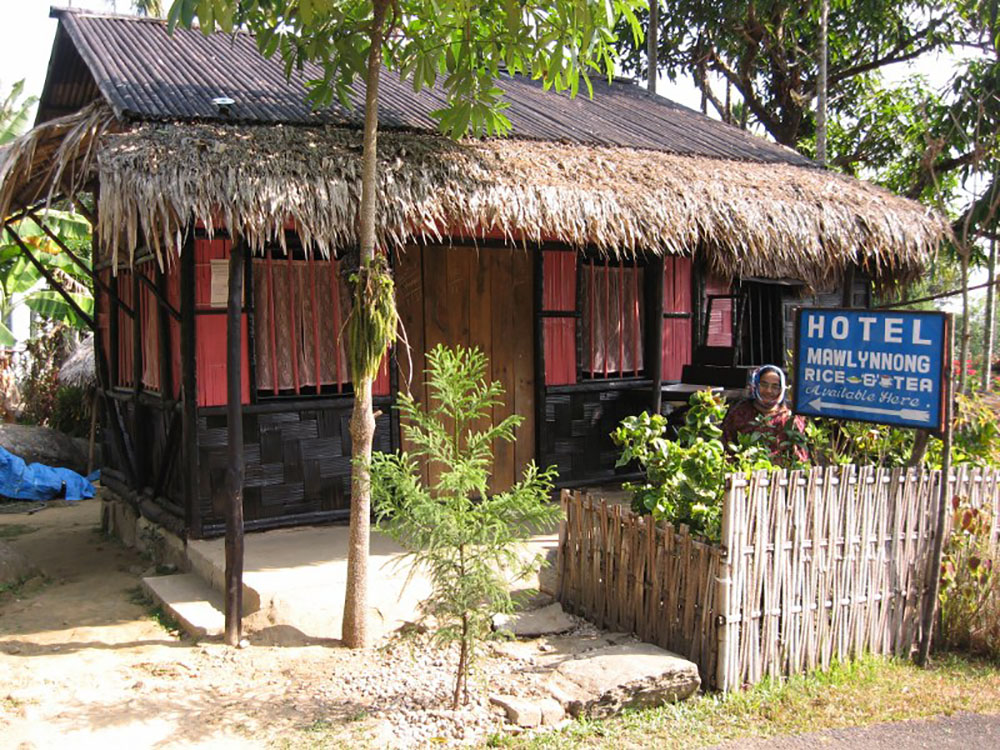 Places to visit in Mawlynnong

After having tea and other refreshments, we started our sightseeing tour of Maylynnong village.

The first point to see is the “bamboo skywalk” where one can see the plains of Bangladesh on one side. 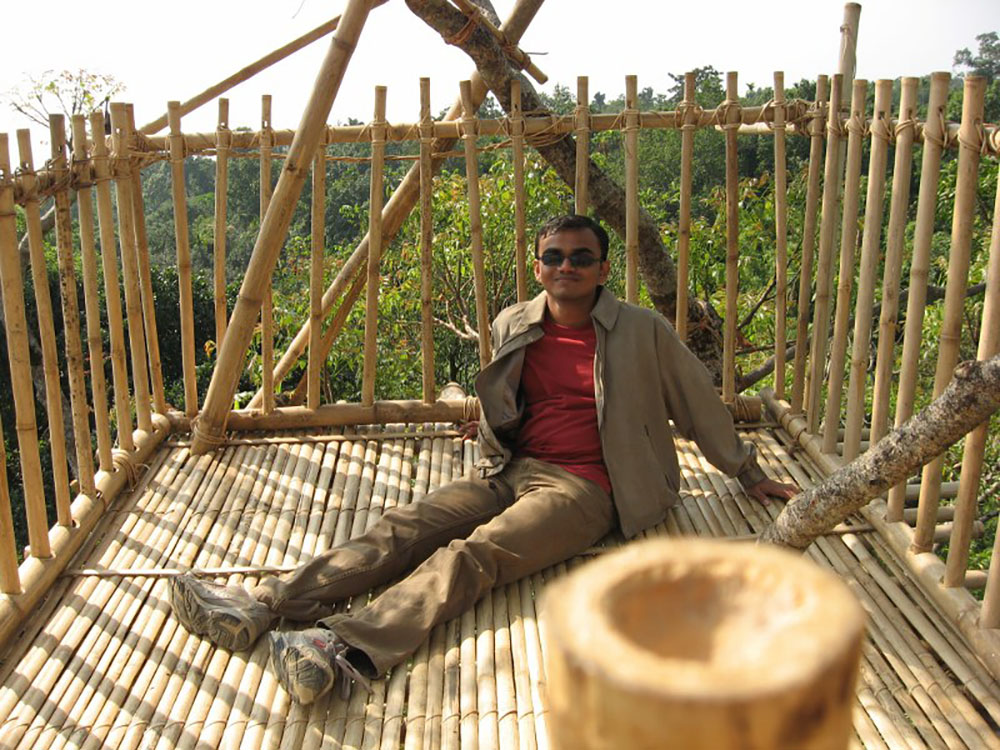 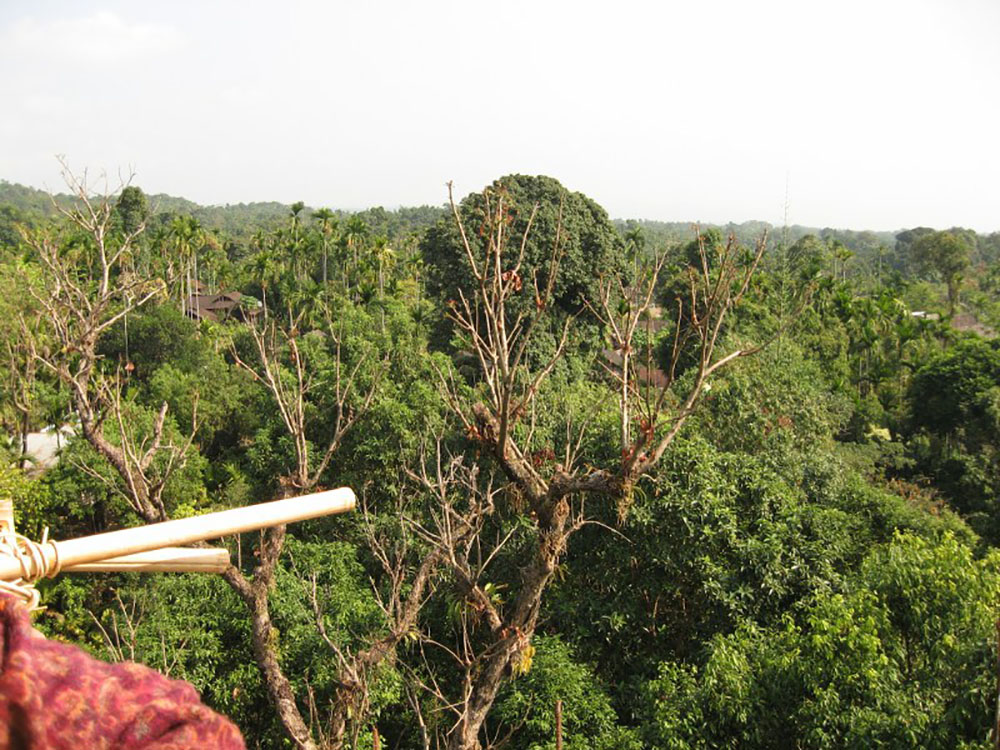 Then comes the beautiful walk through the village. Mawlynnong- as it’s aptly called- is the Abode of the Gods and Asia’s cleanest village. 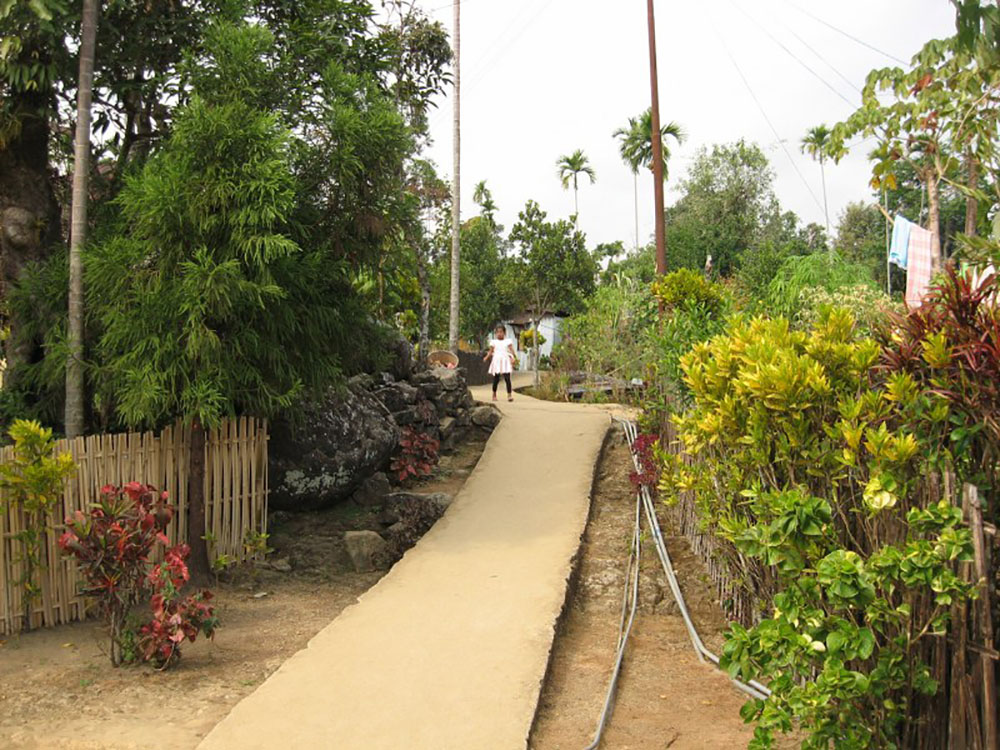 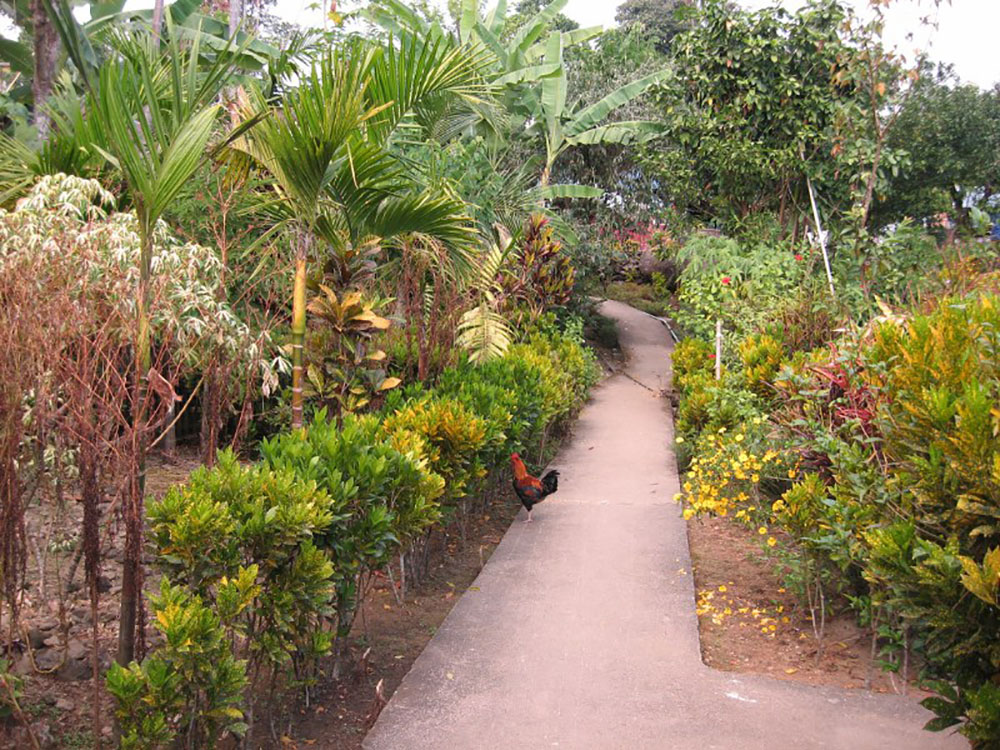 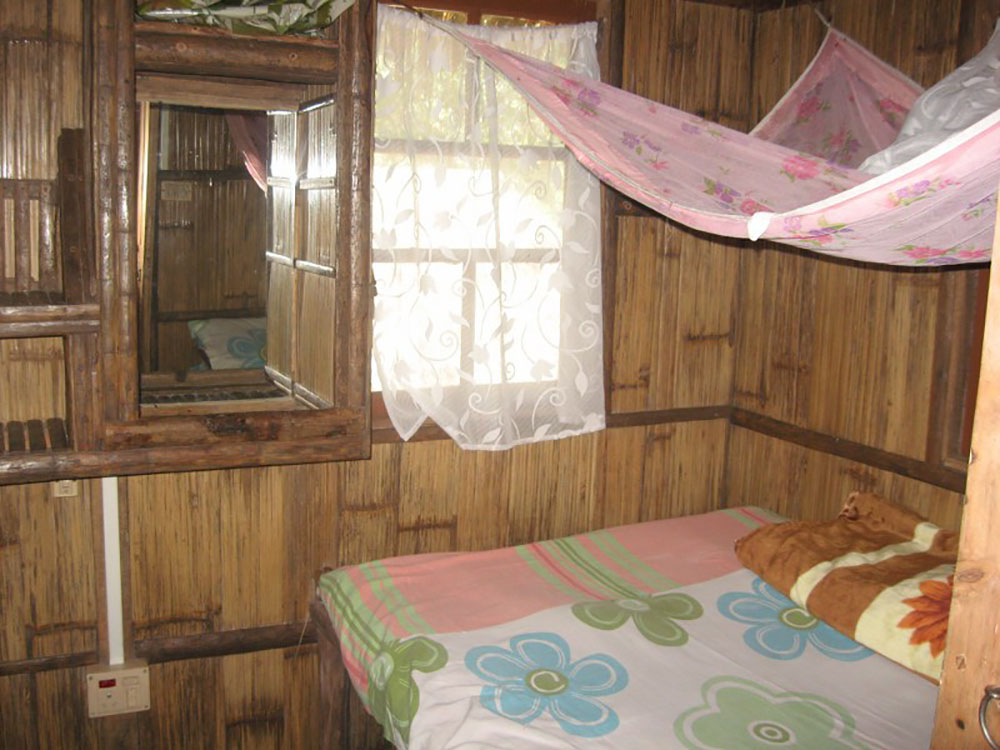 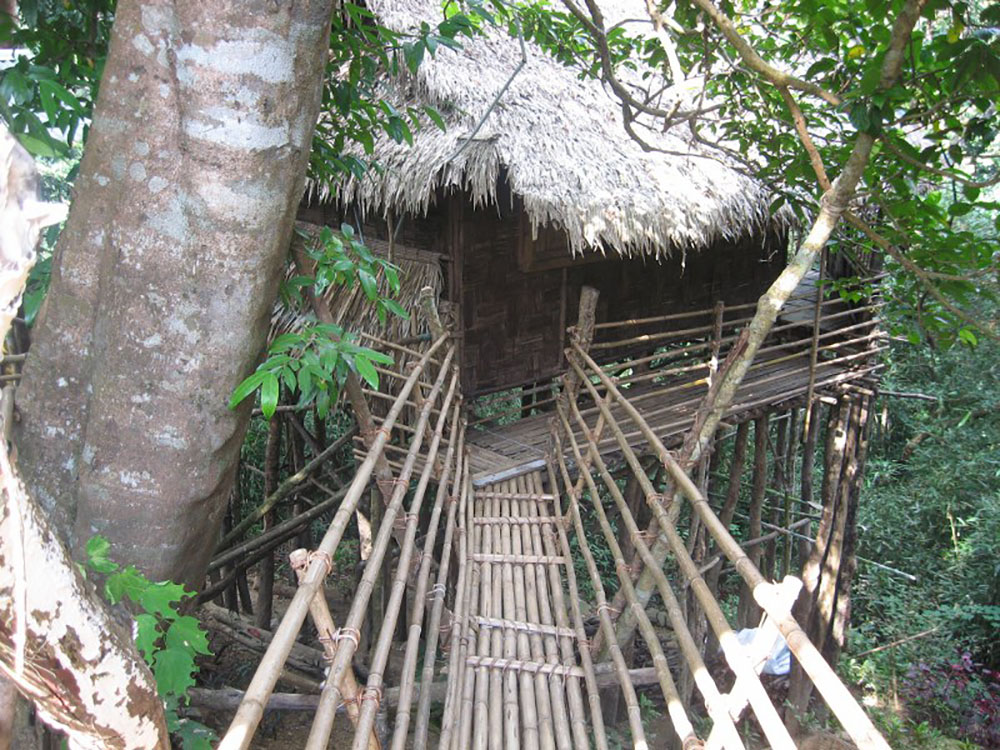 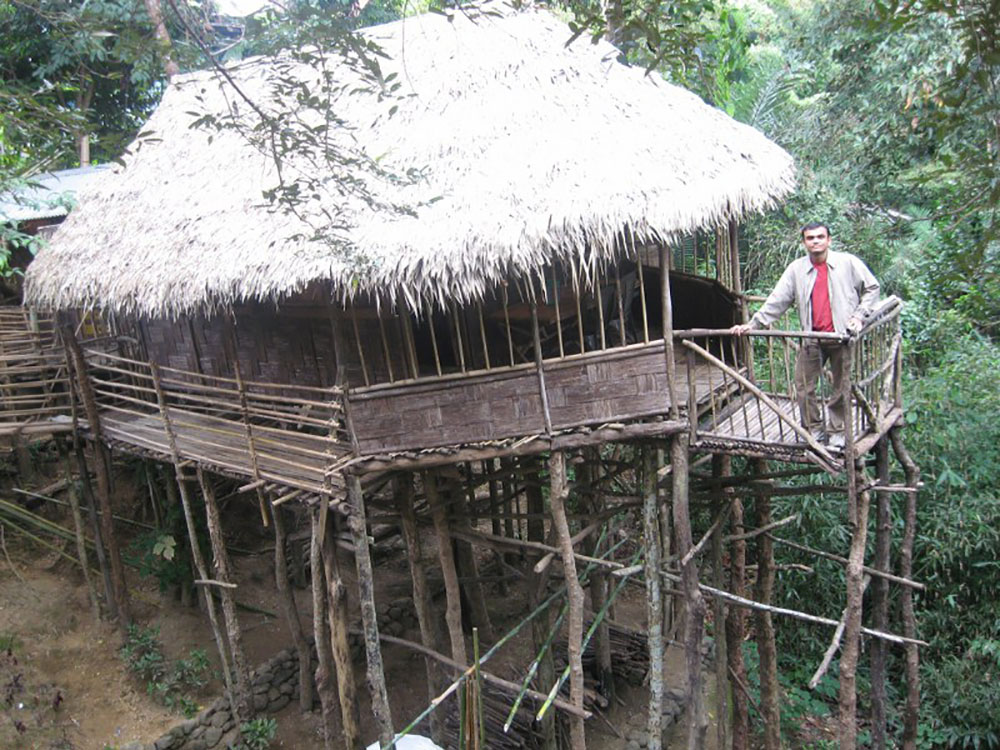 There are options of staying in this treehouse too. I met a person in charge of it and lo- it was Henry himself. I will recommend anyone visiting Sohra to keep one night stay at this treehouse. Please contact henry 09615043027 for guidance. 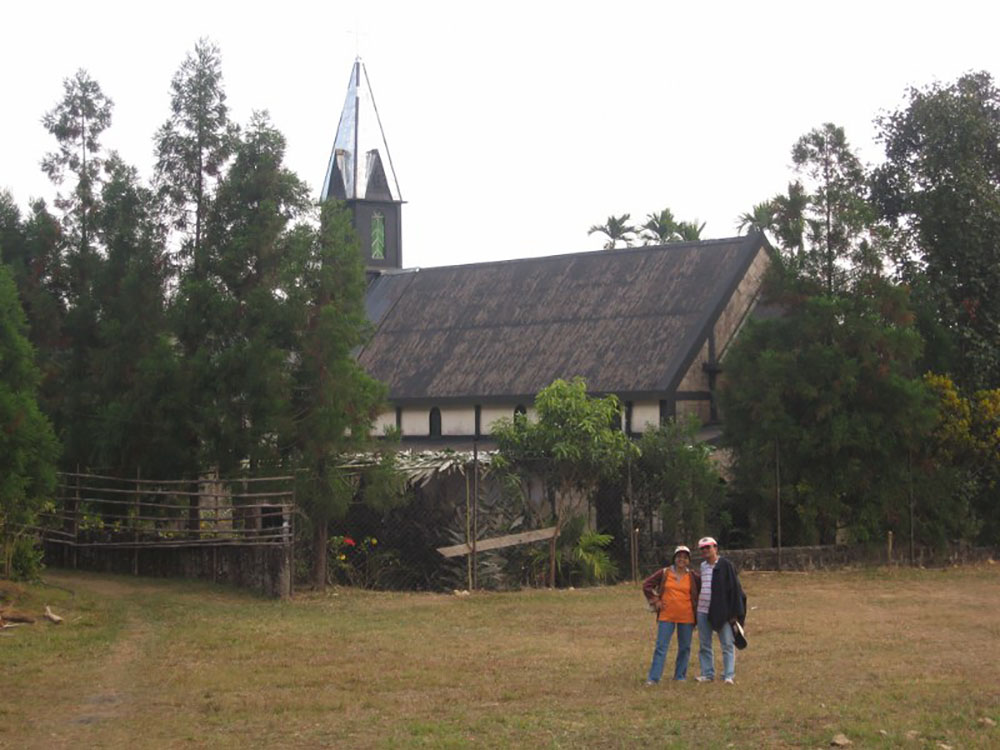 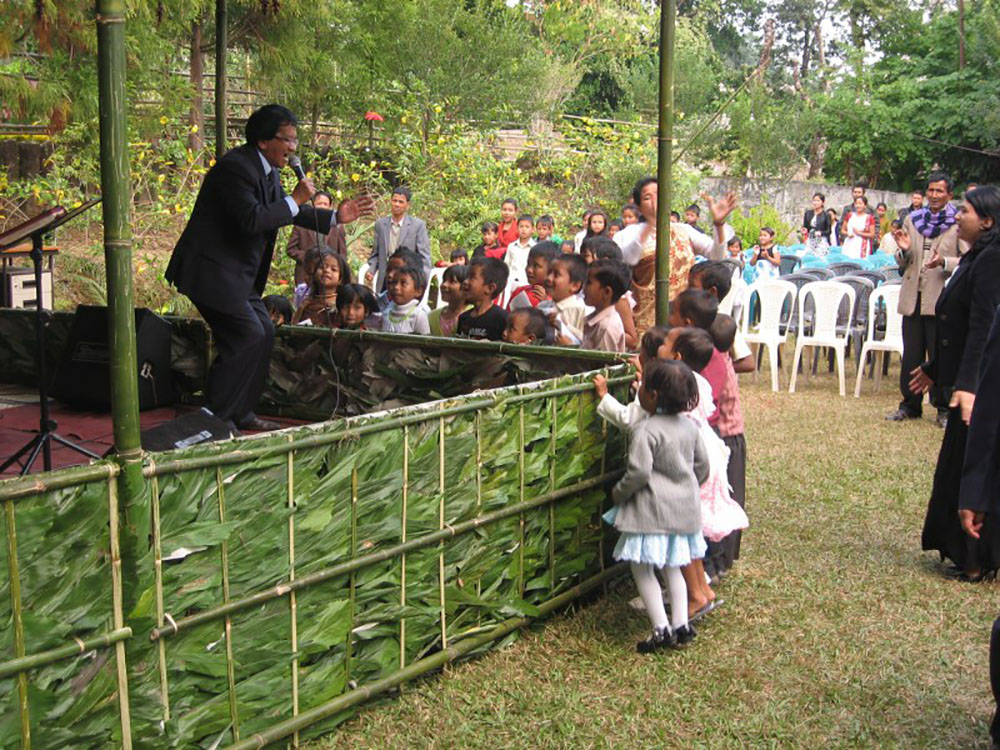 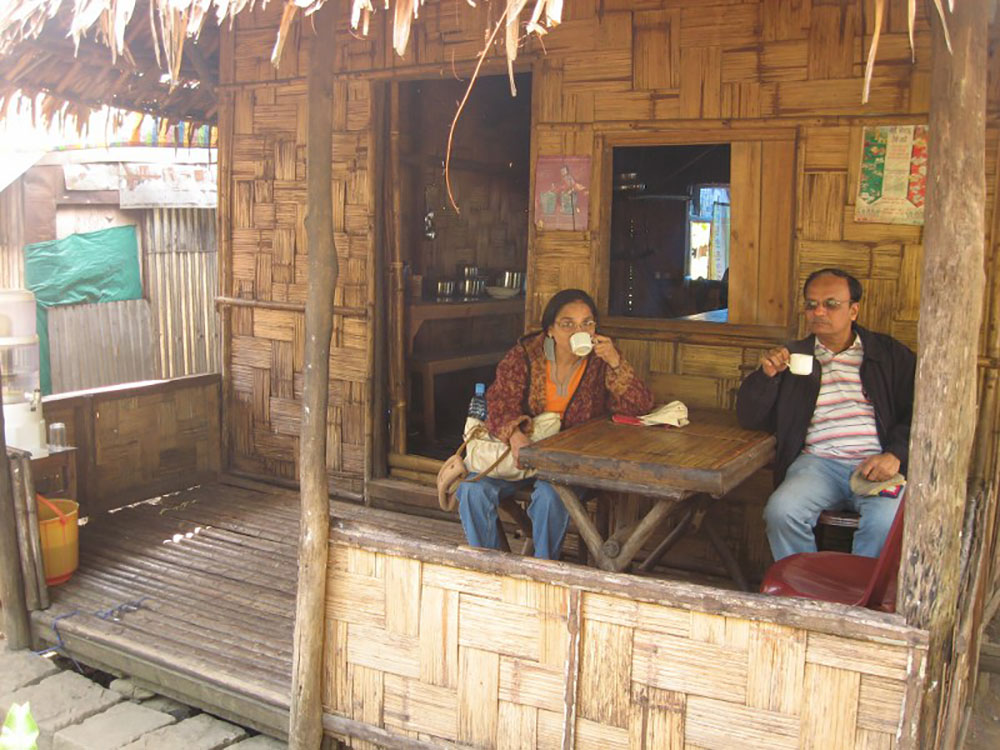 The next stop was the balancing rock- some 200 m on the return journey. We took the wrong road (walking) and it was a long, never-ending road. But it made us explore some unique plants.

Though we had asked Henry, we couldn’t locate the balancing rock. We did back and forth twice but failed again. Then we found a local, made him sit in the vehicle, and show us the balancing rock. Its located just on the road (no walking deviation required) close to the BSNL tower. 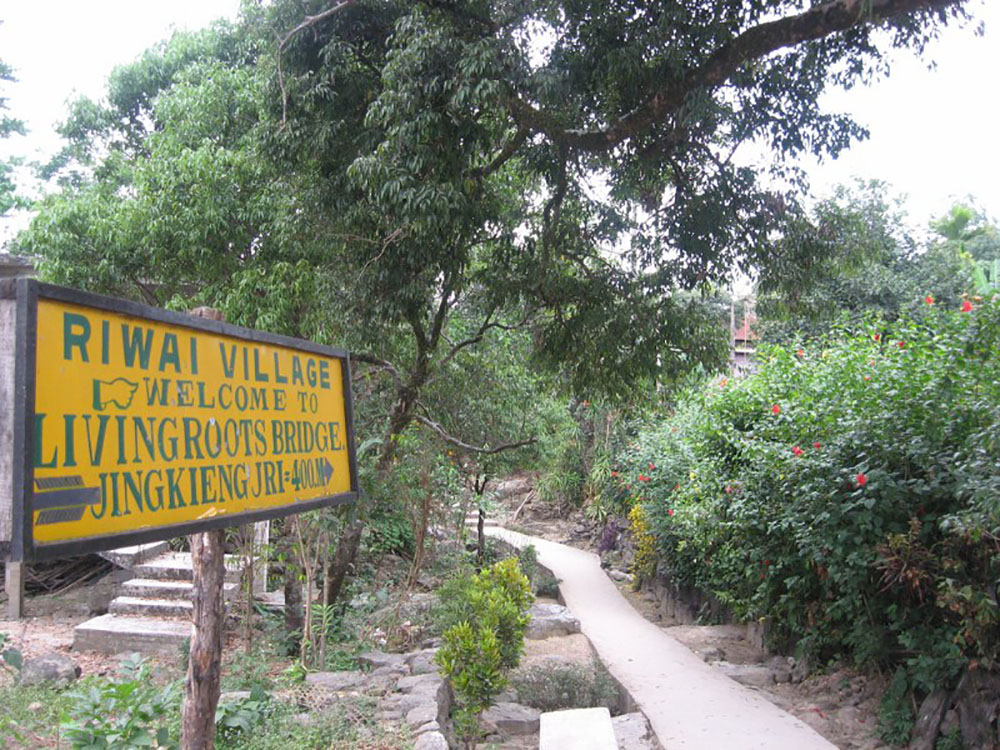 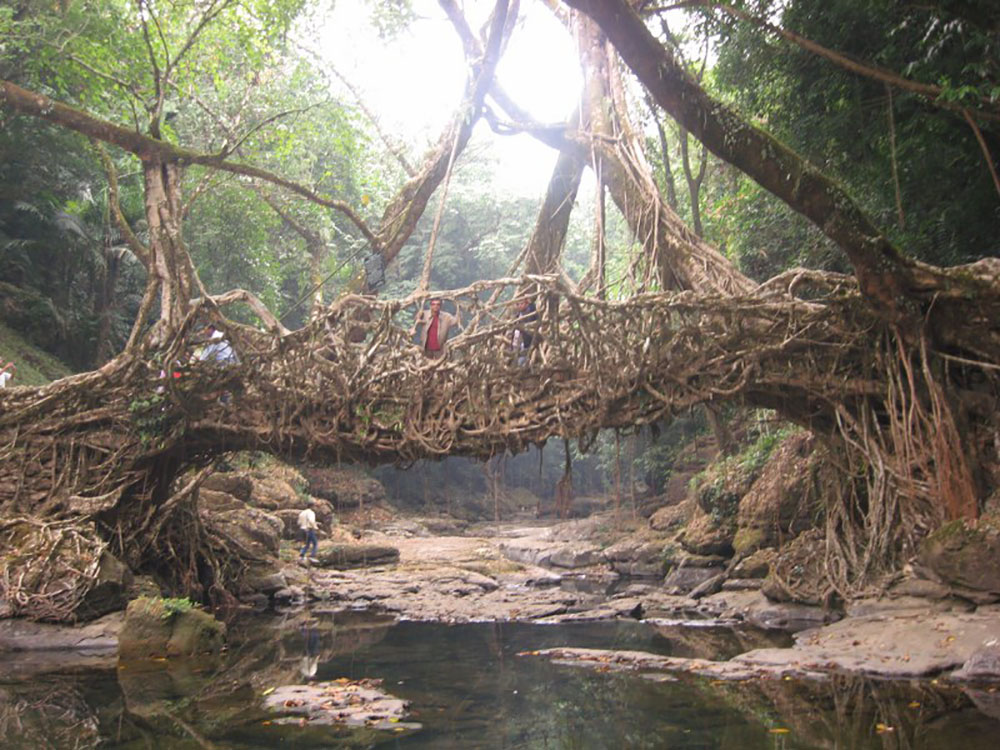 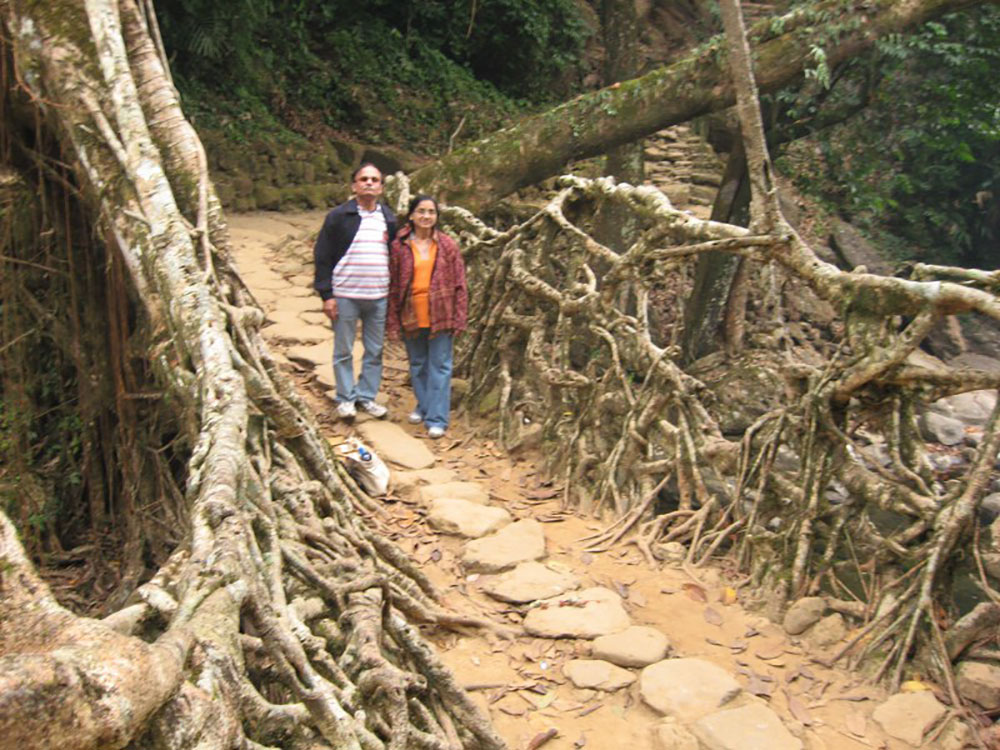 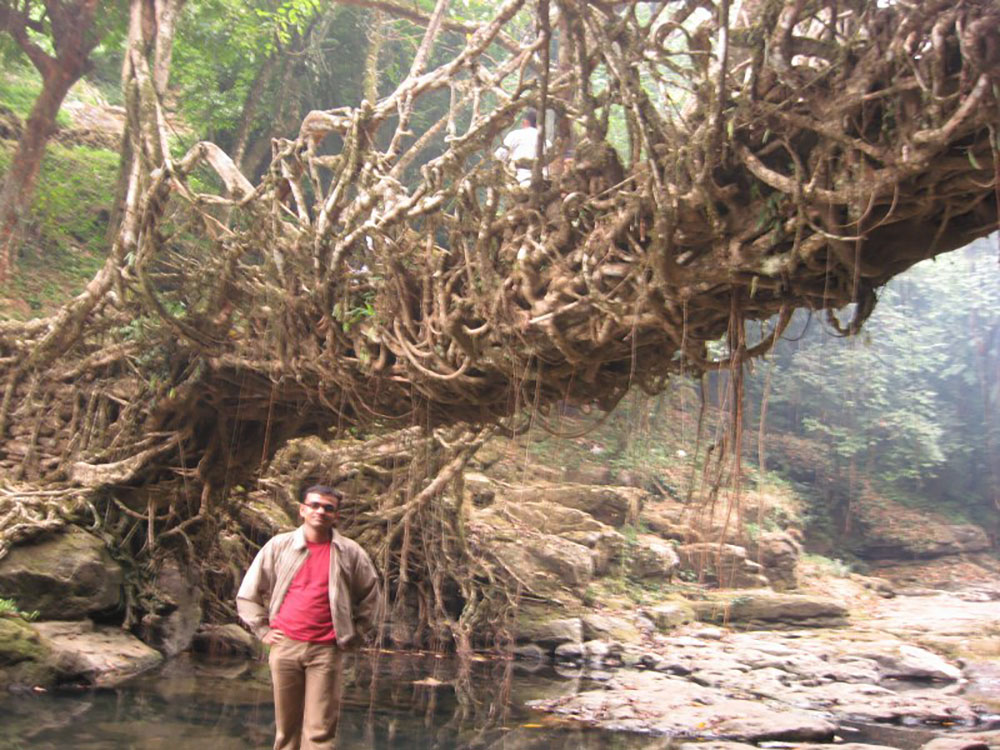 By the time we returned, it was 4 pm. We were back at Pynsurla by 4.30 pm. The sun was setting, and it was time to say goodbye to the awesome Khasi hills.

We returned to Sohra by 8 pm or so. Bye-bye Khasi hills. Tomorrow, we were scheduled to travel to Shillong and then return to Guwahati. Please click on the link above to continue reading the next part of the travelogue.

I hope the travelogue, pictures, and information on traveling from Cherrapunji to Mawlynnong were of help. If you have any questions, please feel free to ask in the comments section below and I will be happy to answer. You can also follow me on Instagram and chat with me live there or subscribe to my YouTube channel and ask a question there.