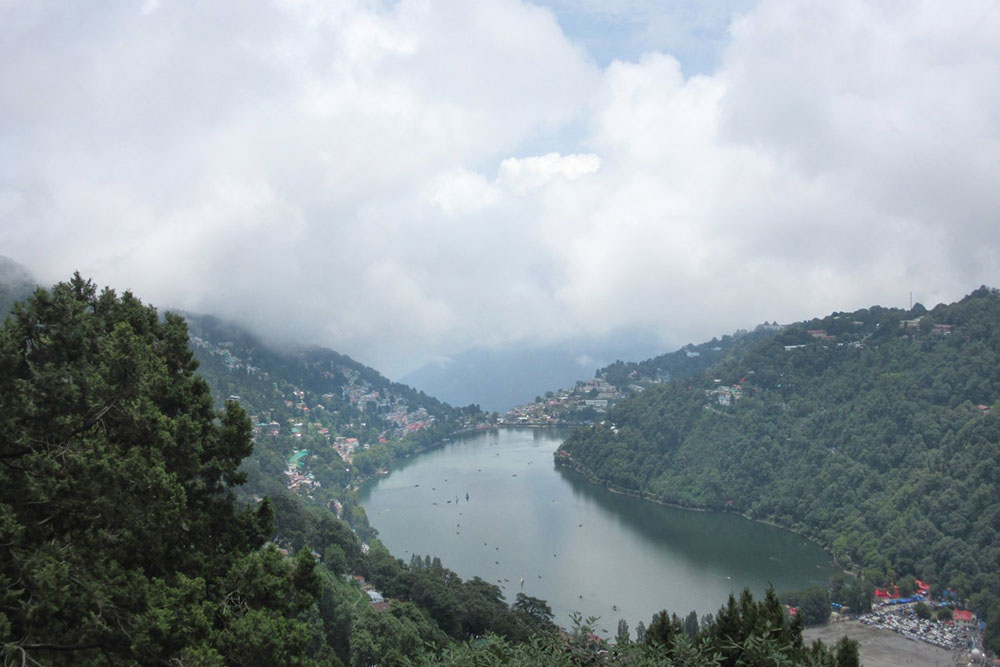 In this article, I will talk in detail about the best time to visit Nainital and how the weather trends here in the year. Tourism in Nainital is a year-long affair. This one of the most popular tourist destinations of our country has a little something to offer to everyone.

Not just Nainital but the best time to visit any place will depend on your reason to visit, and because of this is very fact, tourism in Nainital never really stops.  There is just so much to see and do here that people continue to arrive throughout the year; depending on their own preference.

With that being said, there is a certain time of the year when every tourist destination receives the majority of its share of tourists. Weather is usually the deciding factor behind this. Going by that logic, the months of April, May, and June is largely considered as the best time to visit Nainital. But will that time suit you as well? Read on to find out.

Also Read: How to Plan a Trip to Nainital – A Complete Travel Guide

I will begin this article by first briefly talk a little about how the weather trends in Nainital; and what is the average temperature like in a certain month. I will also include details on how Nainital as a town looks at different times of the year and what kind of clothes you should be packing.

Hopefully, after reading all this information and by the end of this article, you will have an answer to the question of when to visit Nainital.

When is the Best time to visit Nainital?

To provide a brief summary, to begin with, the months of March, April, May, and September are considered to be the best time to go to Nainital. However, if you do not like crowded places and would rather spend some time at an offbeat location, then this is the time you should avoid.

Also Read: Place to visit in Nainital and Things to Do

Most of the people visit Nainital in these months only, especially families. For someone wanting to stay away from the crowd, September and October would be the best time to go. If you want to see lush green vistas, then plan in July, August, or September. If you want to see snow, then you should be visiting in January or February.

For catching a live snowfall, January would be the best time because the intensity and frequency of snowfall are greater in this month than in January. If rain makes you uncomfortable, you should avoid the monsoon season. If cold is not your cup of tea, then you should either plan before November or after March. 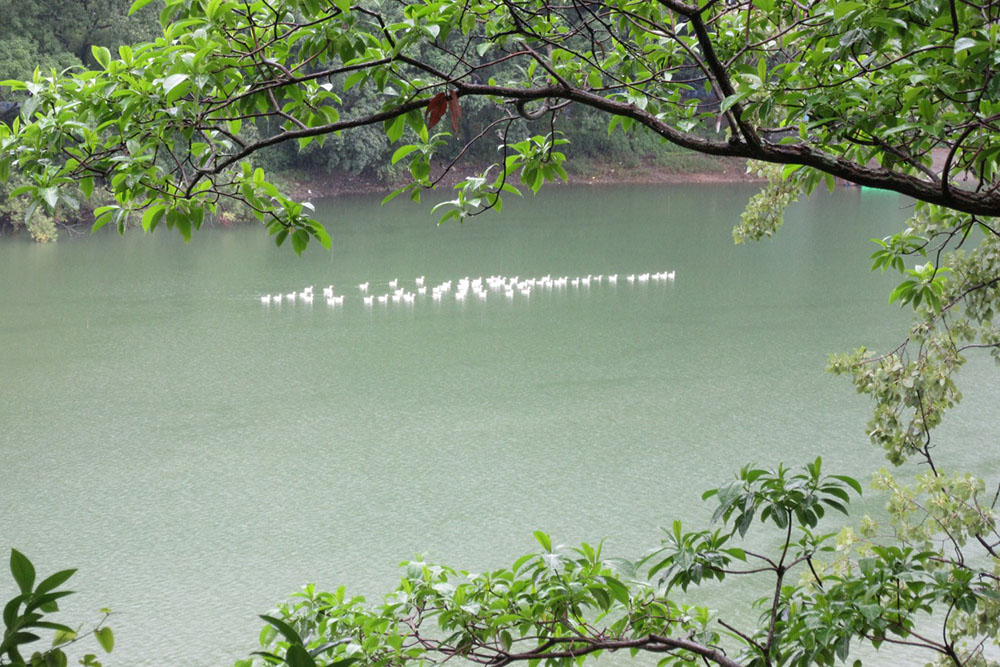 Its location high in the Kumaon Hills means Nainital enjoys pleasant temperatures and weather year-round. One of the strange facts is that Nainital’s climate is affected by Naini Lake, which causes mild rain showers nearly every day. In the winter months, there is abundant snowfall, so the temperatures take a nosedive. With the right clothing and equipment, you can explore Nainital anytime you wish!

The months of March to May are considered to be of the summer in Nainital, though the summer here is a lot different than what you get in the plains area. As a matter of fact, the month of March can sometimes still feel like the winter season if the weather refused to turn.

The days during summer remain to be pleasant, with the average temperature ranging between 10 ⁰C and 25 ⁰C. This is the official tourist season in Nainital and the town witnesses tourists arriving in large numbers at this time.

The monsoon season starts towards the end of June and remains until early September. The region gets quite a bit of rainfall each year and as a result, brings vivid lush color to the city’s landscape and in the hills around. Winter starts in October and lasts until the end of February. At this time, the temperature can drop to 0 ⁰C and sometimes even below that. In the months of January and February, it can snow here anytime.

Nainital in Summer (March to June)

This is the best time to visit Nainital. All the tourist hot spots, sightseeing places, and adventure activities are open for business. The temperature ranges from 10 degrees Celsius to 25 degrees Celsius. This is the best time to enjoy a boat ride in the lake. Days are generally pleasant for sightseeing but sometimes, in the months of May and June, the afternoon can get quite hot.

Also Read: How to Plan a Trip to Mussoorie

These months are considered to be the off-season in Nainital. Due to all the rains, the area turns a little prone to landslides and not many people arrive.

However, If you like solitude, this is the time to visit. This is also a brilliant time for a romantic getaway. Be aware that most activities, scenic spots, and adventure sports will be closed during this time. But the scenery is at its best during monsoon season with lush green hills looking like they have just been washed clean by the rain. 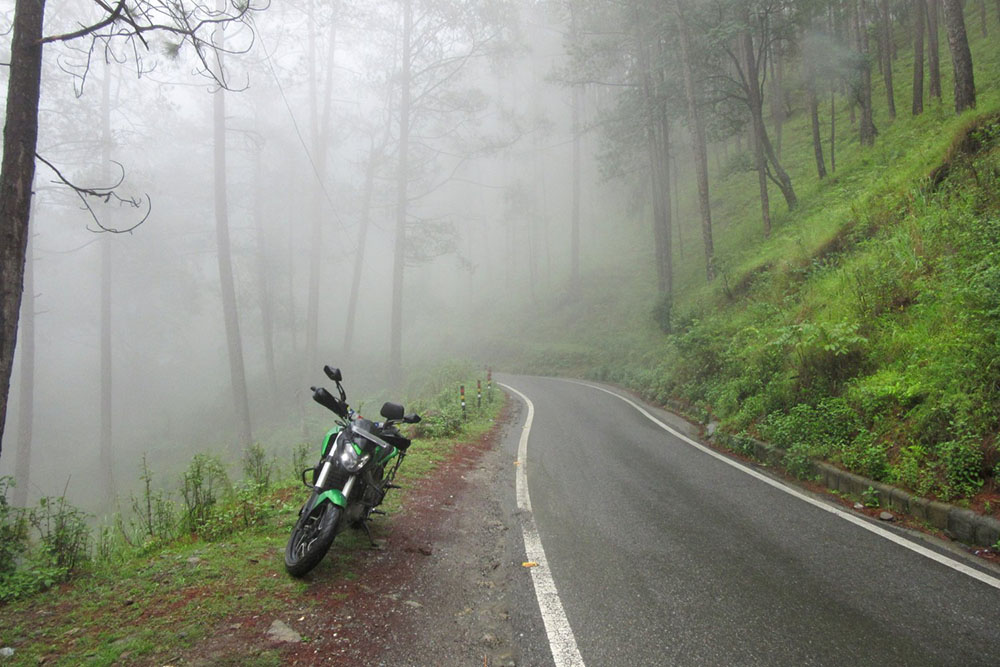 Nainital in Winters (October through February)

Fresh snowfall and sub-zero temperatures are what you can expect in Nainital in the winter. October is actually the time of the autumn season in Nainital and the weather at this time is not extremely cold. It is in fact a good time if you want to see the golden magical valleys and the Orange-ish touch of autumn in the trees.

After November, the temperature drops drastically and by December end, it can snow here anytime which continues till February. It is an incredible time for honeymooners and for people wanting to see some snow and enjoy winter sports. 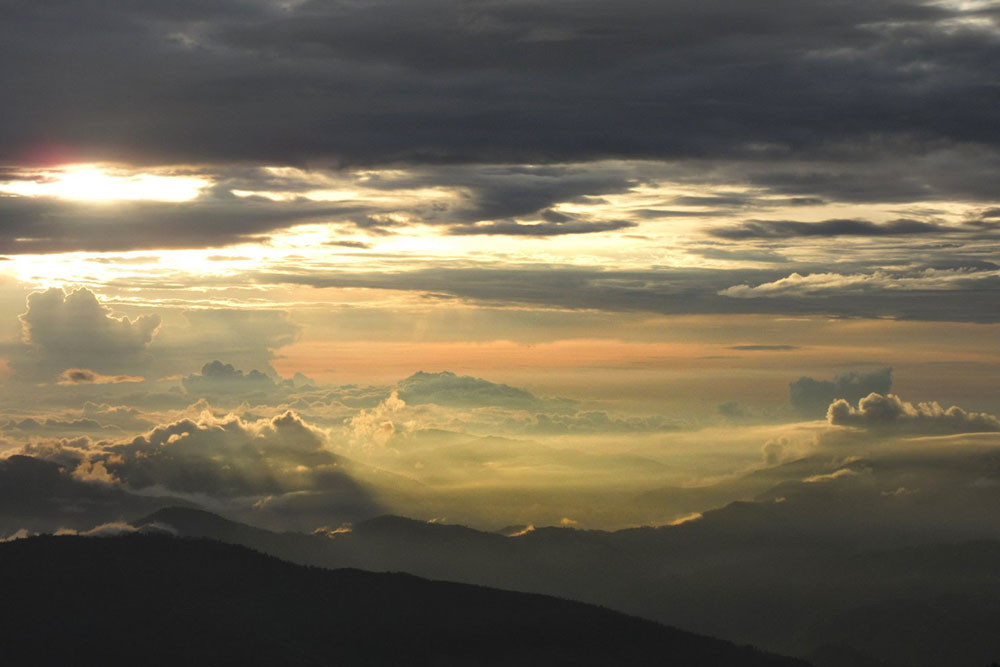 Nainital retains a cool and pleasant climate throughout the year with misty mornings and evenings, bright sun, and a clear sky. During monsoon, the sky is cloudy and it may rain for days on end. Here is the month-wise average temperature break up:

The average temperature will remain around 2 to 10 Degrees Celsius but can even fall below 0 at night. Heavy woolen and warm clothes are needed for a trip at this time. Check the weather and if there was snow on the ground, bring a pair of snow boots as well.

The temperature will range between 3 to12 Degrees Celsius on average. Heavy woolen and warm clothes are needed for a trip in February as well.

The temperature will rise slightly and will average at 5 to 16 Degrees Celsius. Snow begins to melt in March and is mostly all gone from the lower areas before the month ends. The weather turns warmer and marks the beginning of the tourist season in Nainital.

Also Read: How to Plan a Trip to Gangotri

The temperature will range between 12 to 21 Degrees Celsius. Days will be warm but nights can still get cold, so you would have to bring a jacket along. It may even feel a little crowded here this month.

The temperature will continue to rise and reach 14 to 24 degrees Celsius at an average. Days may even feel hot and you just need to bring your regular cottons for visiting in May. If you want to, just pack a light along and that should do it.

This is the hottest time of the year with temperatures ranging between 16 to 23 degrees Celsius. Towards the end of June, the region starts to experience pre-monsoon showers.

Monsoon arrives in July and from here on, it is rain, rain, and more rain. The temperature will be around 16 to 21 degrees Celsius on average. Waterproof everything and carry umbrellas and raincoats for a trip at this time. Rainfall between July and September can lead to some road blockages as well.

The monsoon continues and the temperature will range between 16 to 21 degrees Celsius. It rains here a lot and sometimes all day long. You may even be forced to remain indoors throughout the duration of your trip.

Being off-season, hotels offer attractive discounts and deals for travelers during this season and a lot of budget travelers travel in monsoon time. 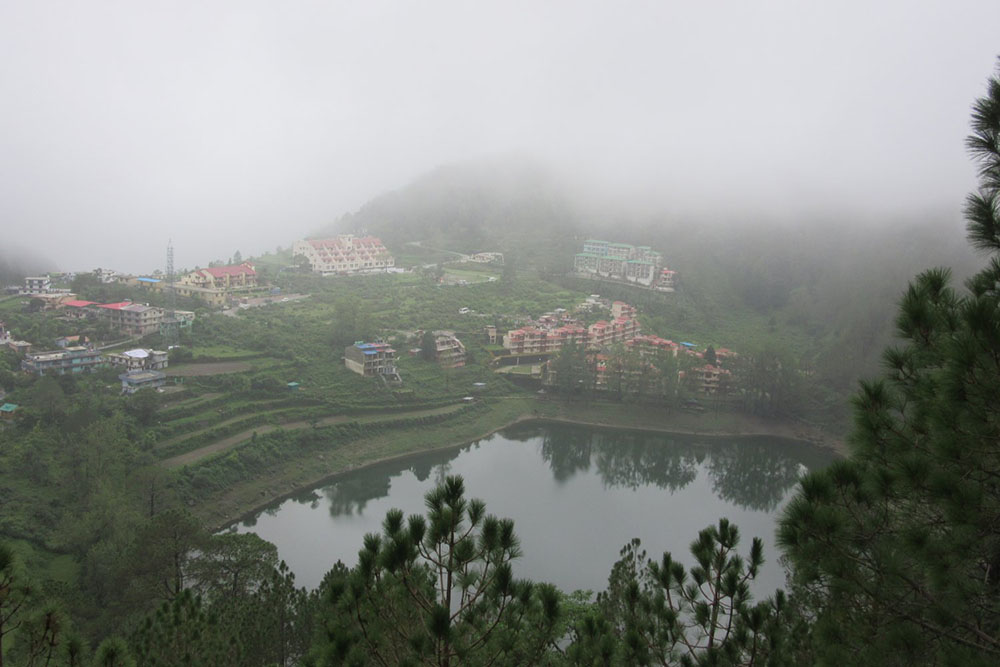 The average temperature of 14 to 20 degrees Celsius. Monsoon will be gone but would have left plenty of greenery around. In my opinion, this is the best time to visit Nainital on an overall basis.

Autumn arrives in October and all that was green now turns Orange. With temperatures ranging between 10 to 19 degrees Celsius; October is also the time when winter starts to settle in towards the end of the month. A certain chill can be felt in the air at night.

November marks the beginning of the winter season in Nainital and is generally considered to be a bad time because the scenery will be all dry and dull. The temperature will range from 5 to 14 degrees Celsius. The weather will be extremely cold and there won’t even be any snow around.

Also Read: How to Plan a Trip to Chopta

Weather remains dry and cold for the entire month but snowfall usually starts only after 15th December. The temperature will range between 3 to 12 degrees Celsius at an average. Heavy woolen and warm clothes will be needed for a trip at this time. 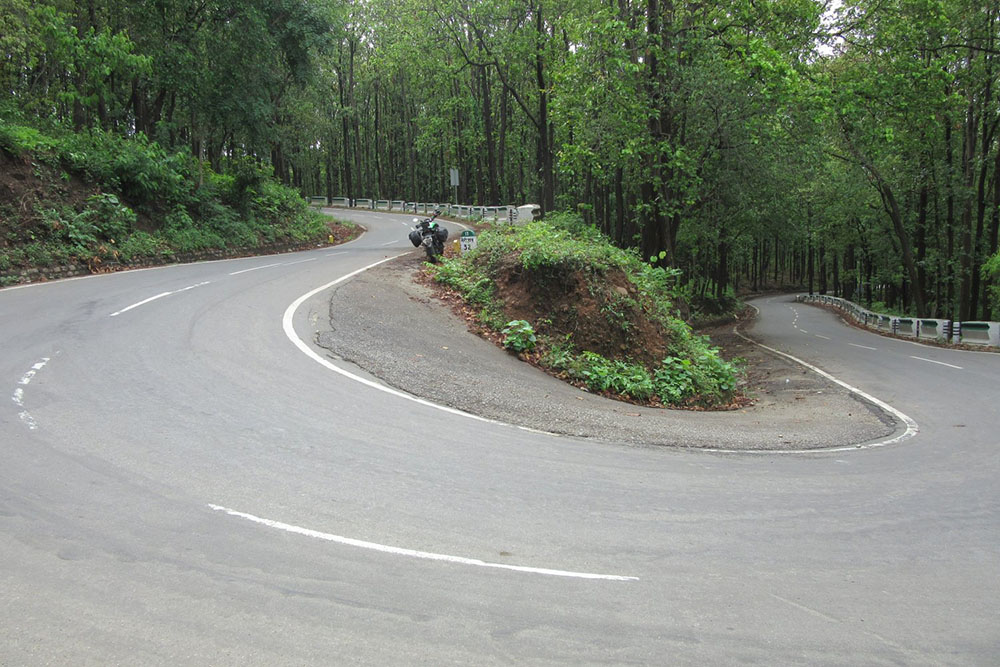 To sum up, here are the best times to visit Nainital:

That mostly is all that you need to know about the best time to go to Nainital. As I mentioned, you can be in Nainital any time of the year and have plenty of fun still. The deciding factor will only be what you seek and when can you go.

I hope the information above was of help. If you have any questions; or need any other details; please feel free to ask in the comments section below, or at our Community Forum, and I will be glad to answer.

Chakrata Travel Guide – How to Plan your...