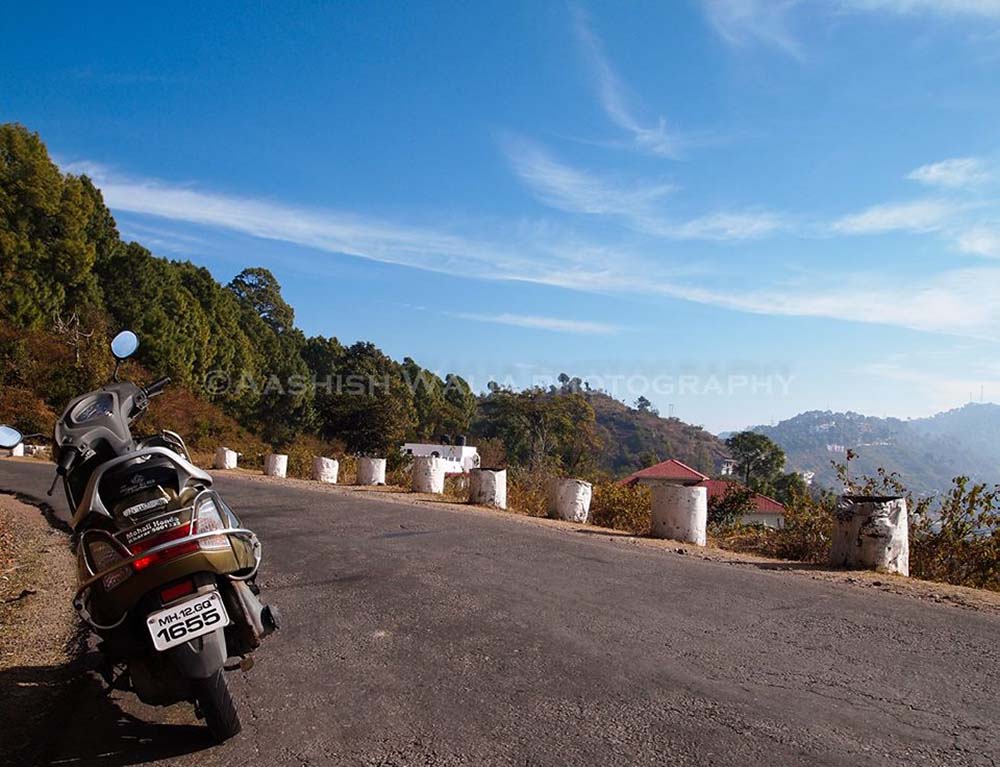 I always liked to travel solo and recently completed a road trip to Renukaji alone. For this trip too, I customarily checked with a couple of friends, and sensing their cold response I decided to go solo. Last year I had my job in Chandigarh. Hence, the trip was a short one. However, it was worth every mile.

And did I not mention that I covered this on my long time companion Honda Activa.

There are various routes to reach Renuka Ji. I took the route that goes from Panchkula > Nada Sahib > Barwala > Naraingarh. From Naraingarh we need to take Nahan road. Nahan is a small but scenic town. From Nahan the road becomes hilly and full of hairpin bends.

As we cross the town, the valley opens up. Please don’t mind the watermark. A failed attempt in Lightroom

The snake-shaped river is the Giri river. The vantage point is very high. As one progresses the road eventually comes down to the level of the river.

There are a small waterfall and a temple on the way as well. Unfortunately, I lost that pic. The water is really cold and refreshing there. As I moved ahead on the serpentine road Giri river followed me as well. Down the valley, there is a small white bridge to cross the river. The roads were eerily silent. What else one can wish for?

Below is the bridge with my ride parked on the side. Giri river is reduced to a stream here. 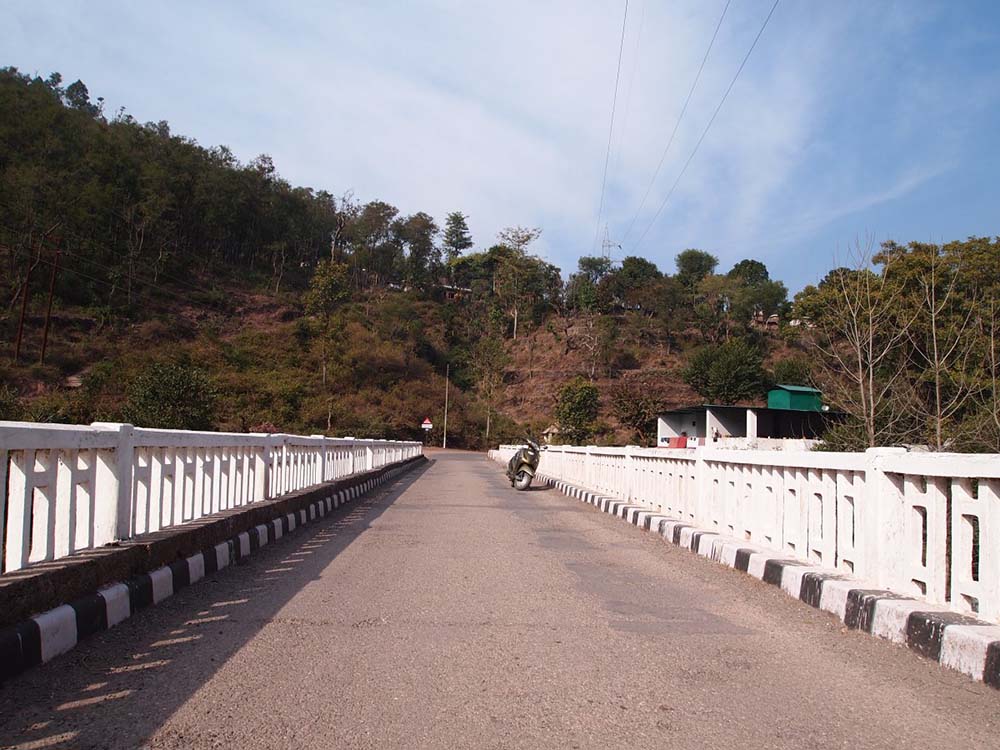 Renuka Ji is also a town. There is not much activity. To reach the temple, I had to cross one more bridge. I thought that the place is ideal for a dam and I was right. There is a proposal to build a dam where the valley is the widest.

The white dots on the right side of the picture is a road which goes to a village called Sangrah. This is a heritage village. There is a sort of crossing to indicate the temple. The road to Sangrah starts from this point. 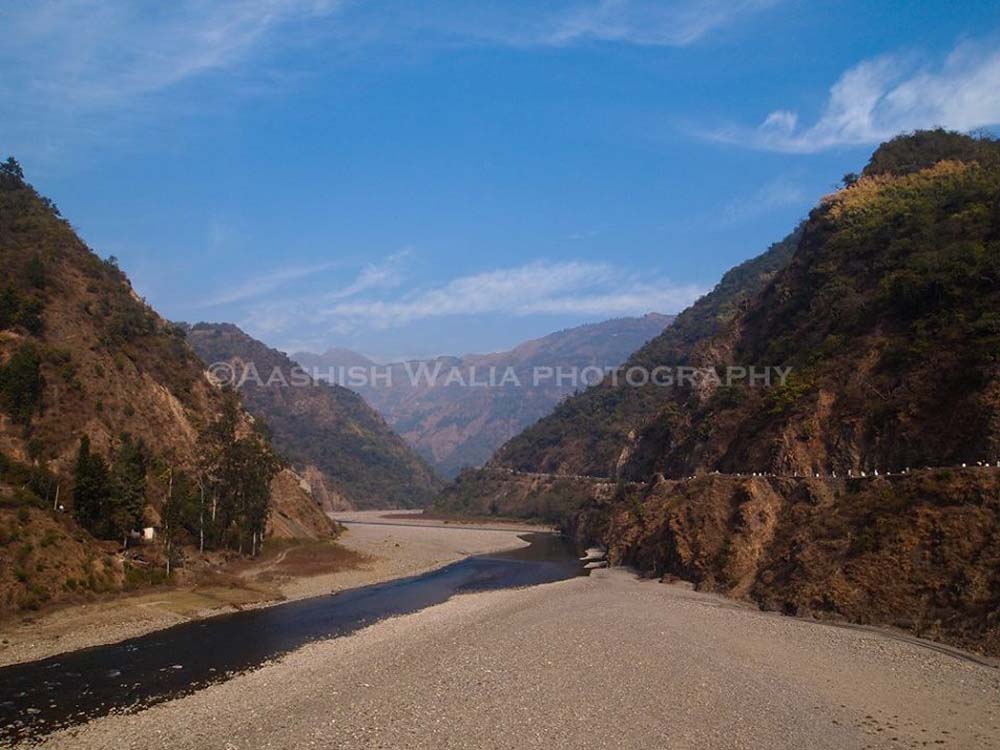 The Temple & The Lake

Renuka Ji is the name of a beautiful lake, nestled in Kumaon hills. The beauty is spellbound. 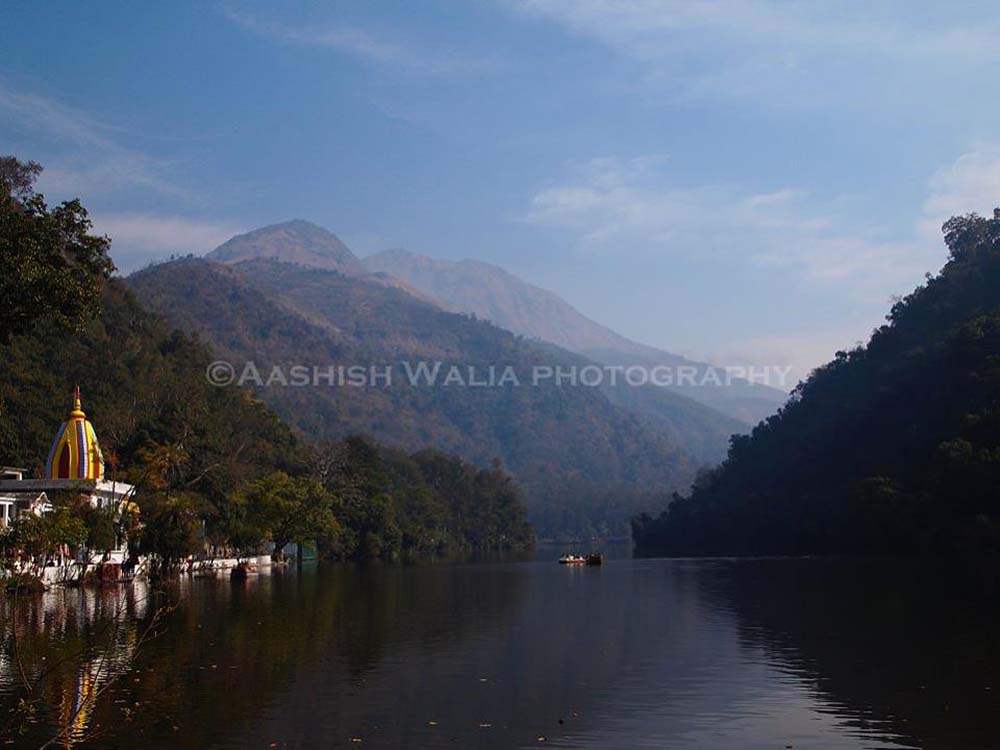 There is a temple complex near the lake dedicate to Renuka Ji. She was the mother of Lord Parshuram. There is also a small lake just in front of the temple. However, it is very dirty and mucky. 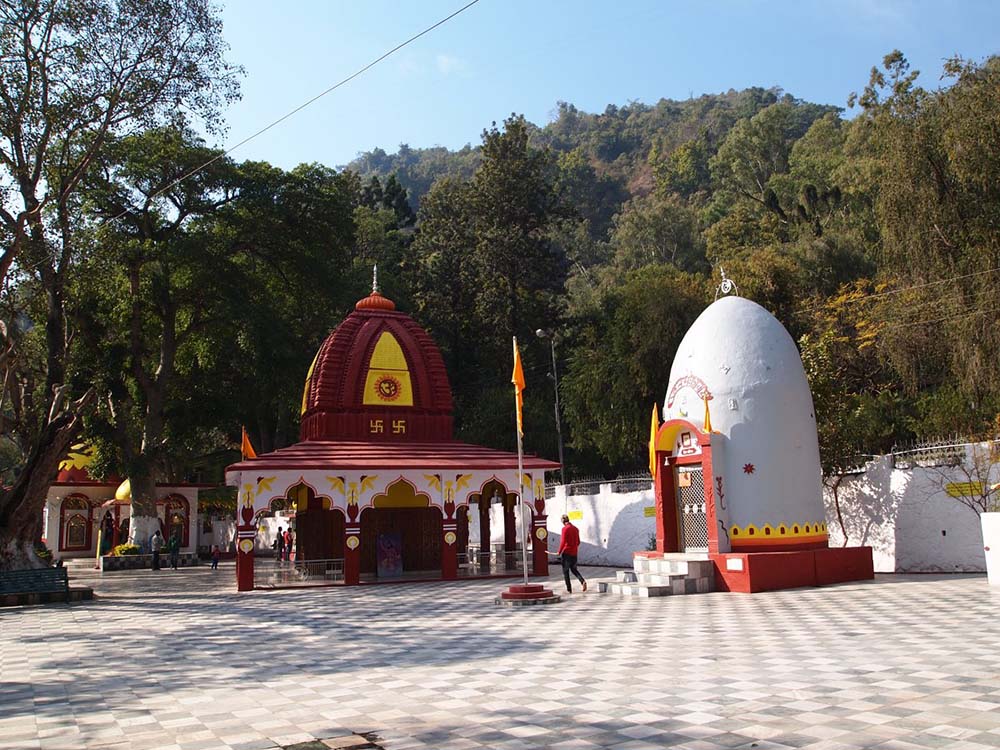 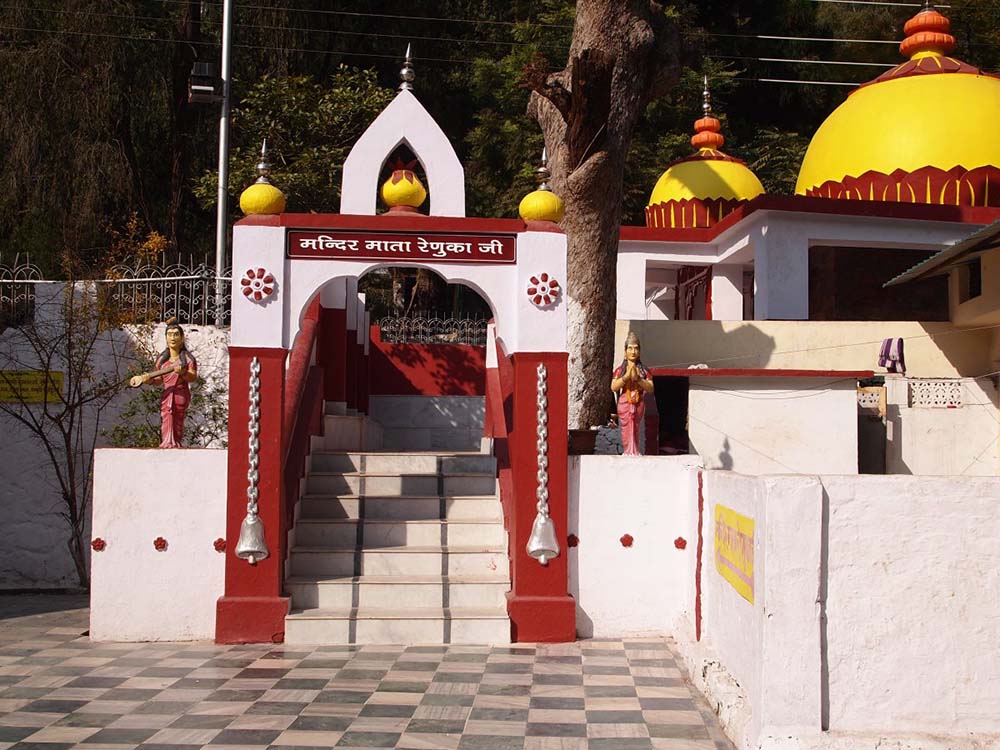 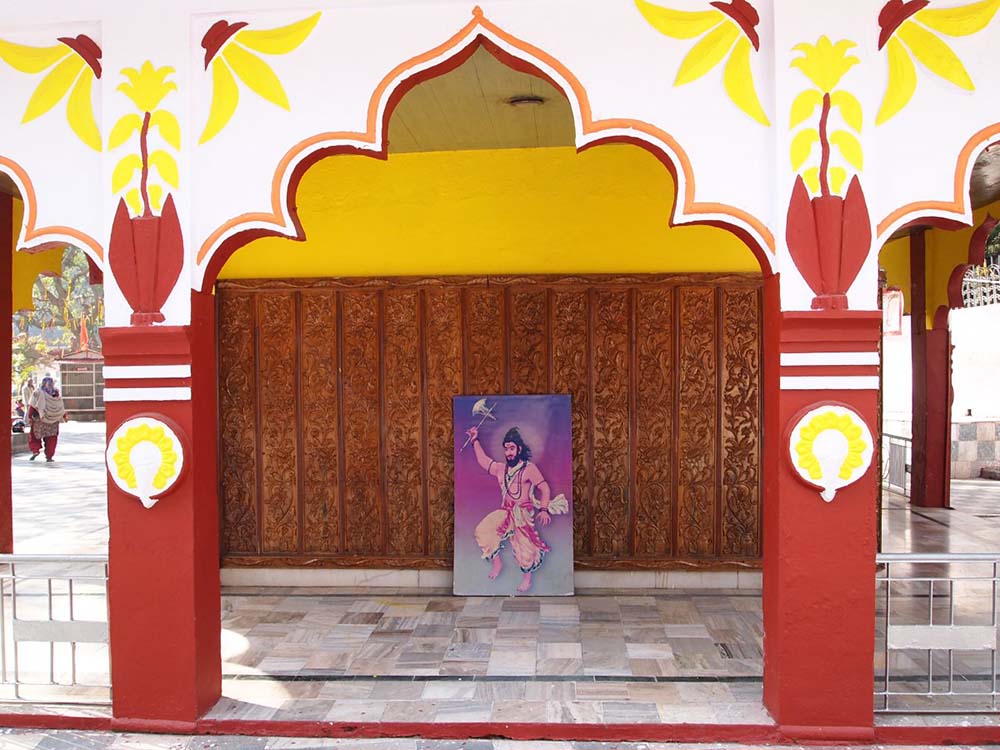 After having delicious lunch at HP Tourism Restaurant, I saw the poster for the places of interest nearby. There was a listing for a heritage village named Sangrah. It was around 25 km from the lake. Since I had plenty of time, I decided to visit the village which was located up the valley. I was surprised by the endurance of the engine of Activa. It sailed smoothly on the sharp turns.

There is a waterfall on the way which seems to be popular among the locals. There was a small crowd bathing under it. I think the flow is seasonal. There is a vantage point there as well which gives a magnificent view of the small valley; with river Giri making gushing sounds as it passes through the rocky terrain. There are enough bends and curves in the road which makes the drive quite thrilling.

There was a point on the road which was wide enough only for a single vehicle. An HP Roadways bus had to slow down to let me overtake it so that I can move ahead.

After a thrilling ride, I reached the village and was somewhat disappointed. It was a very small town with a local market which also served as the bus stand. As I asked around about the village, the people told me that the actual village is still 5 km ahead. I had to descend in the valley to reach it.

Now, I decided to move ahead although I didn’t want to go further. I saw the village from the edge of the valley and decided to zoom in. I could see the old village houses. It seemed the village was untouched from the modernization.

The village is shown below in the image. 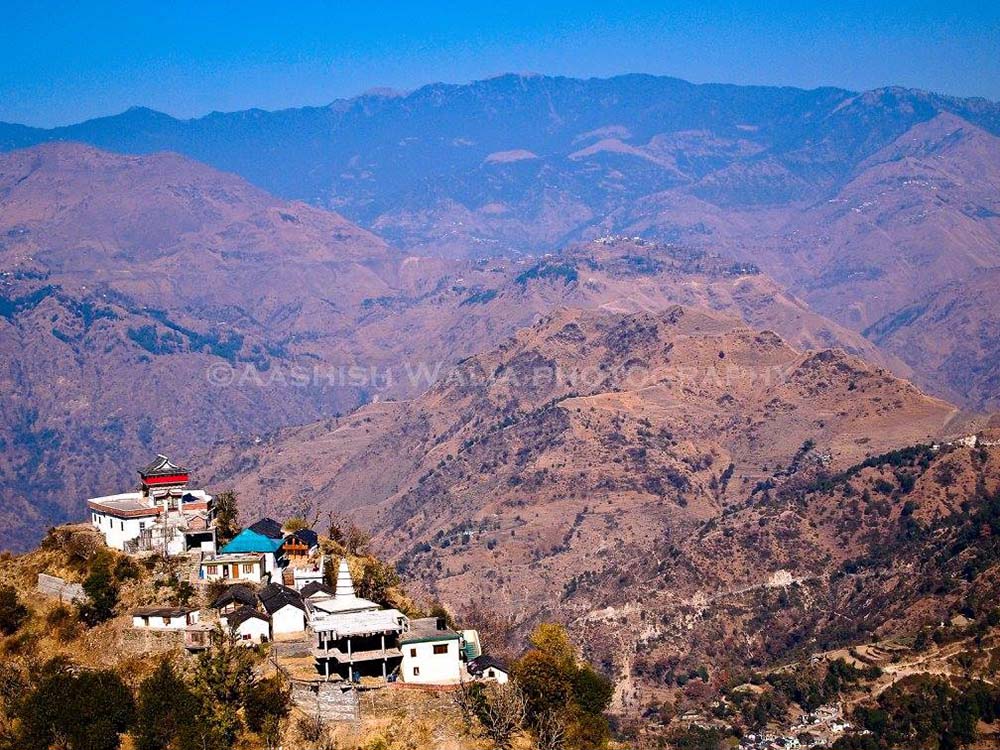 Since it was almost evening, I decided to turn back to Renuka Ji before the light faded. The curvy roads welcomed me again. This time I took a wrong turn and climbed up a different mountain.

I came to know only when the road reached a dead end. It seemed a different world altogether. I spent some quiet moments there, alone, in the lap of nature. The road was newly built under Pradhan Mantri Sadak Yojna. I wonder how they built it. 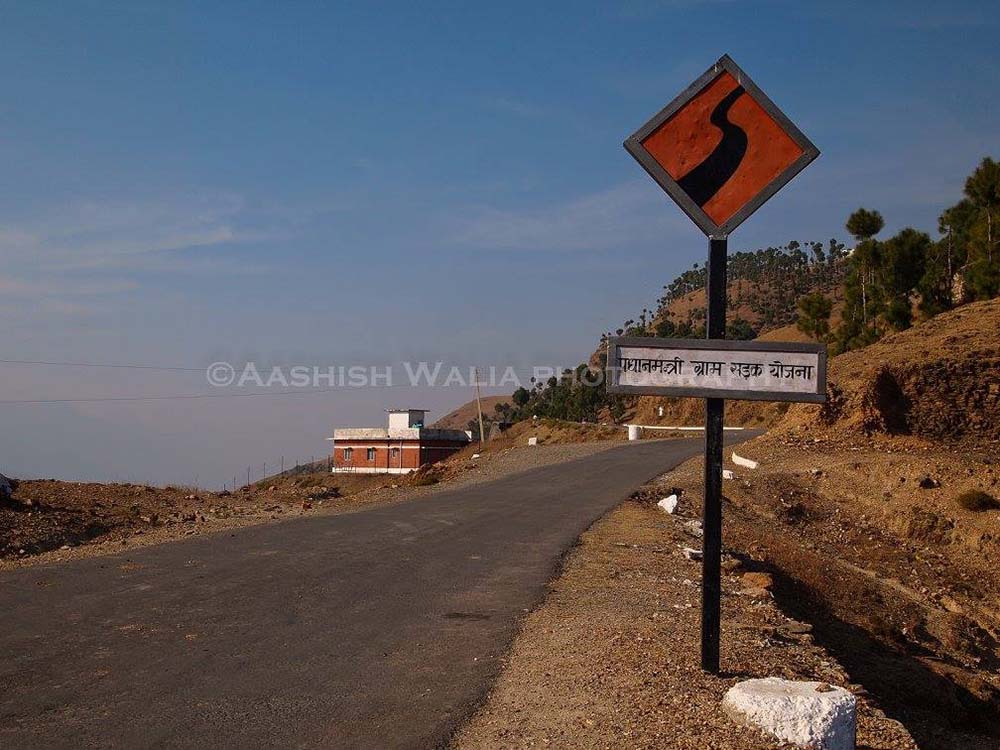 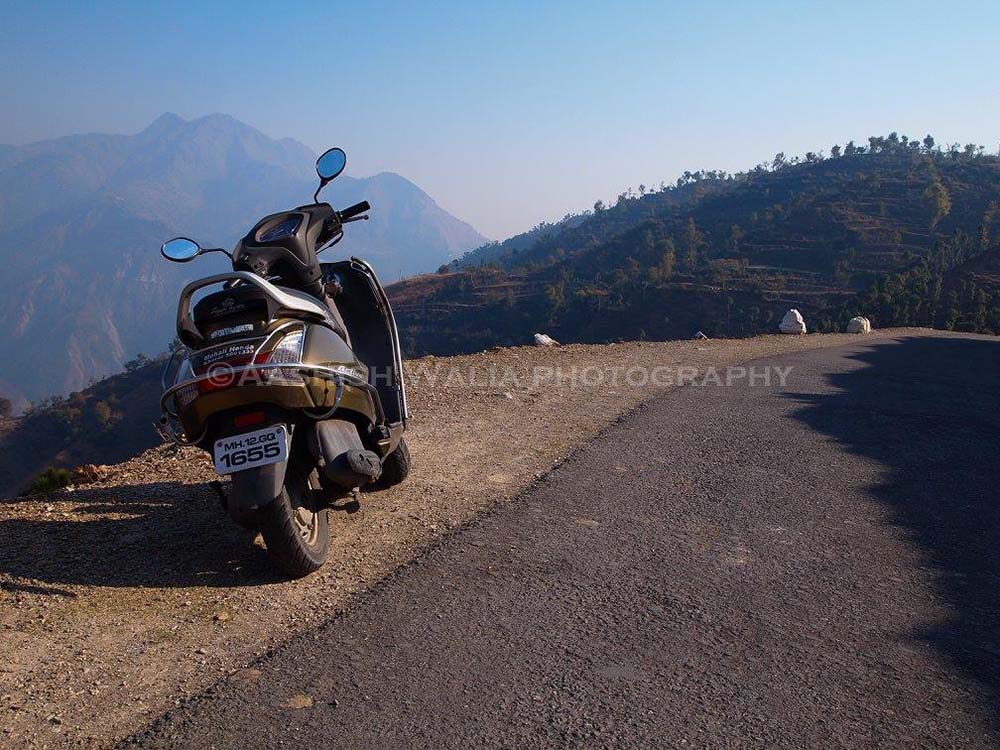 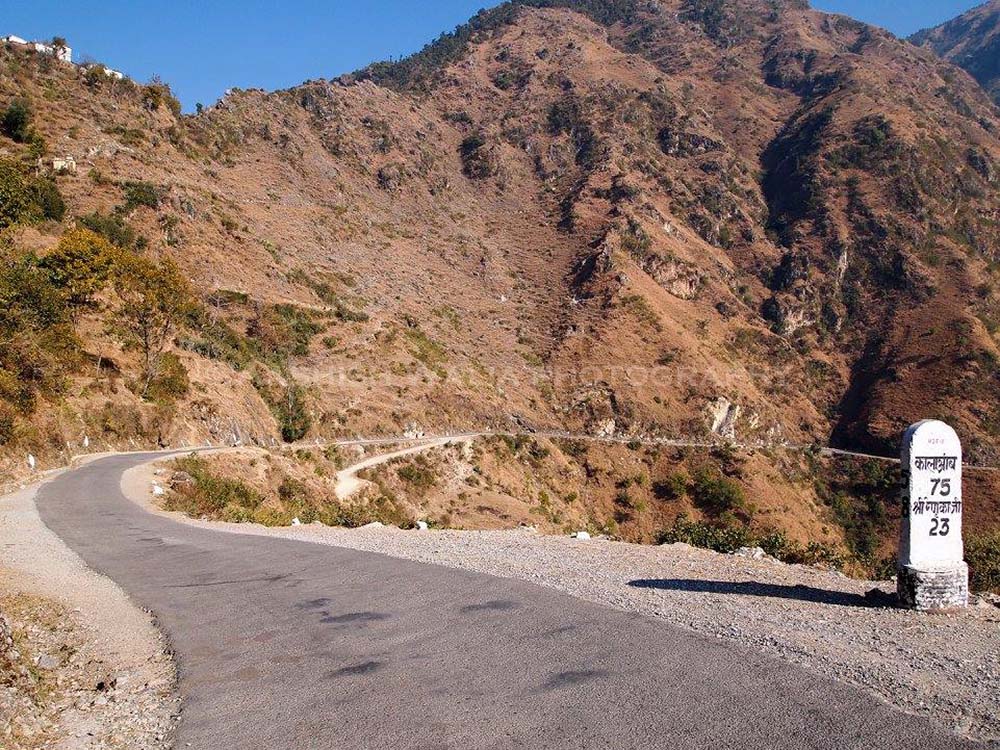 I climbed down quickly after that as the light was fading quickly. It was now time to head back home. I wonder why the return journey always seems shorter. I raced quickly to Panchkula and my short journey in the hills came to a peaceful end.

If you have any questions about planning a road trip to Renukaji, please feel free to ask in the comments section below, or at our Community Forum, and  I will be glad to answer.