Best time to Visit Gangtok – When to Plan your Trip?

When is the best time to visit Gangtok? To be honest, there is no standard or one line answer to this question. Why? Because the best time to visit any place will be different for everyone and will heavily depend on several factors like their preference, personal choices, mode of commute and budget. The same rule applies to Gangtok as well. When should you visit Gangtok will entirely depend on your reason to visit.

Also Read: How to Plan your Trip to Gangtok – A Complete Travel Guide

With that being said, there is a certain time of the year when every tourist destination draws the maximum number of tourists. Weather is usually the driving factor behind it. In terms of hill stations, this time is usually the spring and summer months (and also winter in some cases). Going by that theory, the months of April to June will be the best time to visit Gangtok. But will that suit you as well? Read on to find out. 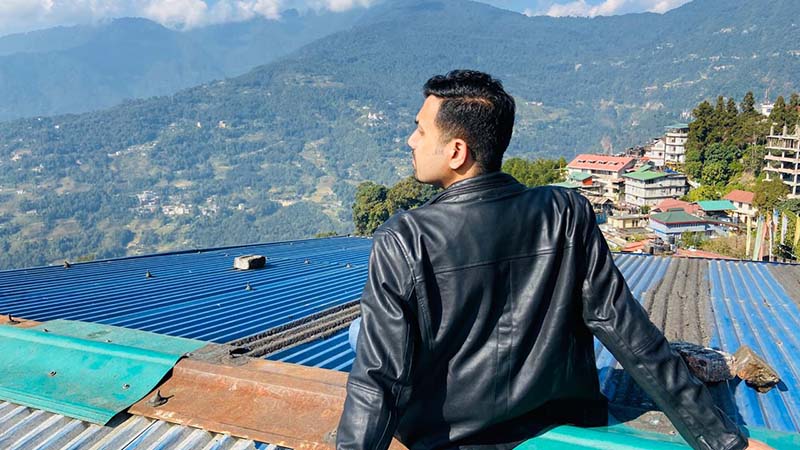 To better understand the best time to visit Gangtok; let us first take a look at how the weather trends here. Because of its high altitude, this entire region experiences a mild and temperate climate all year long. The temperature here ranges from an average maximum of 22 °C (72 °F) in summer to an average minimum of 4 °C (39 °F) in winter. The year is divided into five seasons; summer, monsoons, autumn, winter, and spring.

The winter season in Gangtok lasts from December to early March. Cold starts to settle in by the end of October and the upper regions receive their first spell of snow in November. The weather from December to February gets extremely cold with the average temperature hovering between 4 °C (39 °F) and 7 °C (45 °F) at this time.

It does not snow in the main Gangtok town, or you can say that it will be extremely rare if it did. In recent times, Gangtok has only received snow in 2004, 2005 and 2011 and that too just one light spell. Temperature dropping below freezing point too is very rare. But the high altitude places like Nathu La pass, Tsomgo Lake receive heavy snow and the roads get closed.

But what you should know is that during this time, the weather can be very unpredictable and can change without warning. One instance will be the sun shining bright and in a matter of minutes, it will turn into white blankets of mist and fog all around. 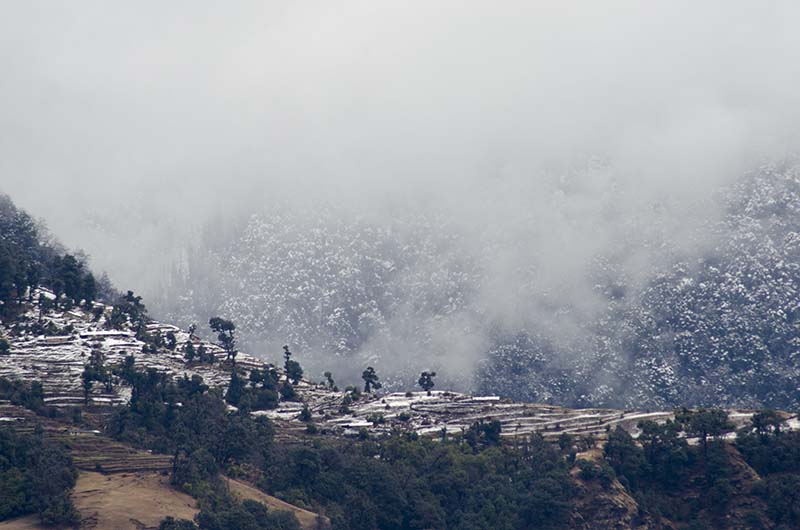 Spring season here lasts from late March to April and is a great time to be in Gangtok. The weather will still be cold but more of a pleasant cold rather than a harsh one. Days will be mildly warm with clear and sunny skies. This is the best time to get clear views of Mt. Kangchenjunga and other snow-capped peaks.

If you want to indulge in some adventure activities like rafting, trekking, camping, and paragliding, then these months will suit you just fine. The average temperature at this time will range between 10 °C to 15 °C.

Also Read: What to See in Gangtok?

Visiting Gangtok in summer has its own pros and cons. The average temperate at this time will range between 20°C to 25°C. The weather will be very pleasant with warm days and pleasantly cool nights. Activities like trekking, camping, and rafting will be at full swing, especially in the month of June, and the tourist season will be at its peak.

Another catch is that by May end or early June, the region will start to experience pre-monsoon showers. Even in June, there can be short spells of rain anytime in the day.

This is officially the worst time to plan a visit to Gangtok. Monsoon here lasts well until September with July recording the highest amount of rainfall. There will be intense torrential rains and resulting landslides which will block the roads leading in and out of Gangtok. Sometimes it can rain all day long keeping you indoors in the hotel and ruin your plans for the day.

On the upside though, this is the time when the valleys of Sikkim truly come to life. Mountains will get covered under a carpet of green. The scenery at this time truly is magical and mesmerizing. If you are into photography and are ready to risk the rain, then this is the time when you should be in Gangtok.

Another upside is that since there will not be a lot of tourists around, hotel fares and taxi charges too will drop. 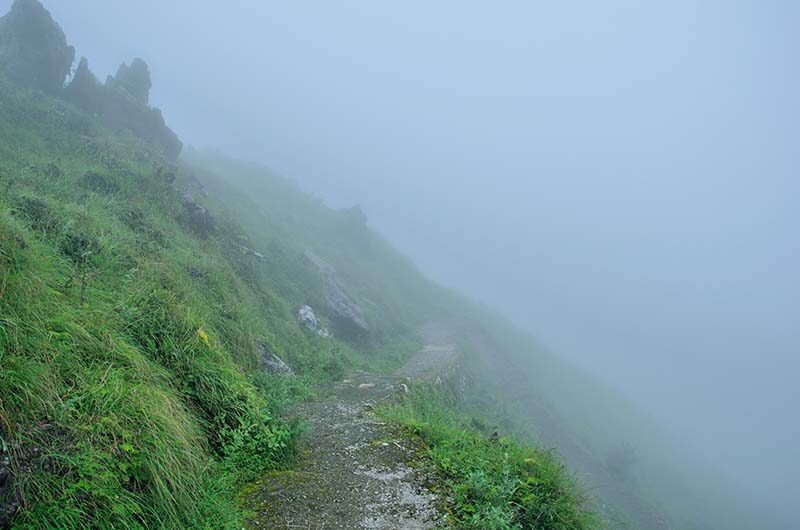 Autumn arrives in October and turns the trees and valleys to a magical golden. Monsoon will be all gone and the weather will turn to a pleasant cold in October. This is another good time to plan a trip if you want to see the orange color in the trees and landscape. The average temperature at this time will range between 10 °C to 25 °C.

The scenery however in November turns a bit dull and dry and it is overall a bad time to visit. Weather will start turning very cold and dry. On the plus side though, skies will be clear and you will be able to views the surrounding peaks better.

Also Read: How to Plan a Visit to Dharamshala

When is the best time to visit Gangtok?

Now based on the information above, I think it is safe to say that the months of March, April, May, and October are the best time to visit Gangtok. These are the months that will suit the majority of the tourists. But if you are not fond of the crowd and like to visit less crowded places, then you may want to avoid a trip at this time, especially in April and May. This is also a bad time to visit if you were on a budget trip.

If you are not too fond of the rain or wet weather, then you must not visit between July to September. But If you are on a budget, then a trip at this time will suit your pocket the best. This is also the time when Gangtok is least crowded.

If you want to plan a visit to Nathu La and Lake Tsomgo, then you must not visit in winters because the roads to both these places will be closed at this time.

The months of January and February are the best time to visit Gangtok for snow. As I previously mentioned, it does not snow in the main town so you will have to plan a visit to the upper reaches to see some snow on the ground.

If you were lucky, you may even catch a light snowfall in Gangtok itself but do not really count on it much. January will be the best time to visit Gangtok to see snowfall; and by that, I mean to catch a live snowfall.

April, May, and October is the best time to visit Gangtok with family. The weather at this time is at its best and will be suitable for all age groups.

The months of January to March will be the best time to visit Gangtok for honeymoon. Though it will be very cold but will really add to that romantic setting. There will not also be too many people to make the town feel crowded. The next best time for honeymoon in Gangtok would be April and October.

Below is a breakdown of how the temperature in Gangtok trends. Please note that these are just average high and low numbers. Depending on the weather that year, the temperature may even go up and down. Listed below are the numbers based on historical data.

I hope the information above on the best time to visit Gangtok was of help. If you have any questions; or need any other details; please feel free to ask in the comments section below; or at our Community Forum; and I will be glad to answer.

Elvis loves the mountains. He is from the beautiful state of Sikkim and tries his best to explore new places and promote tourism in remote North eastern areas.

Gangtok to Nathula Pass by Taxi

Pelling to Gangtok – Sightseeing in Gangtok