The Forgotten Army – Azaadi Ke Liye is a mini web television series directed by Kabir Khan. The series is based on the life of Subhash Chandra Bose and the soldiers of the Indian National Army. The series was extensively shot in Thailand, Singapore, Malaysia, and Mumbai and was released on Amazon Prime on 24 January 2020, two days before the Republic Day.

It follows the story of Indian soldiers of INA as they march towards the capital with the war cry ‘Challo Dilli’ to free the country from British rule, led by Netaji Subhash Chandra Bose. The Indian National Army (INA) was forged out of British defeat in Singapore during the Second World War and had the first-ever women infantry regiment anywhere in the world.

It consists of a total of 5 episodes and portrays how the brave soldiers fought against all odds. We have all heard of Netaji Subhash Chandra Bose and we all know how he fought against the British. But the extent of the information of the majority of the people is limited to the fact that an Army was formed and they fought. But what exactly happened; how it all came together; where was the army formed; who were the soldiers; how the battle was fought and what was the outcome is what this series tries to portray. Behind the story is the message that the freedom of our nation was not easily gained and we must respect and do our best to maintain it. 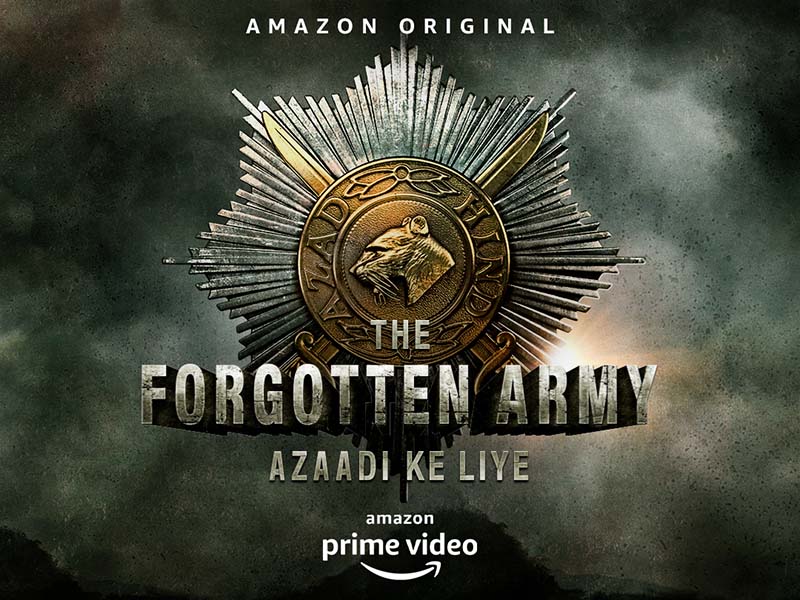 The love story of two soldiers, Sodhi & Maya is at the heart of the series, played by actors Sunny Kaushal and newcomer Sharvari.

Amazon Prime Video in recent times has become my favorite for Indian shows. Mirzapur was the one that started it all some time ago; and was called Prime’s response to Netflix’s Sacred Games. While the second season of Sacred Games proved the entire series to be a disaster; Amazon’s Mirzapur is still considered a captivating thriller.

Next came in line The Family Man starring Manoj Bajpai; and that too proved to be a very well directed series with stunning performances and crisp storytelling. Add to it the fact that The Forgotten Army was directed by Kabir Khan; who is best known for his Salman Starrer blockbuster Bajrangi Bhaijaan. So yes, the expectation from this latest offering by Prime was already high but unfortunately, it does not quite deliver as expected.

Is The Forgotten Army worth watching?

Do not get me wrong. The series is definitely worth watching once and will surely stir up the patriotic feelings within you. But the thing is that it is only worth a one time watch.

It is a short series, only 5 episodes of 30-40 minutes long so you will end up binge-watching it and it will also not let you bore you. But somewhere, you would start wishing for more and waiting for something to happen really.

The story shuttles between the ’40s and the ’90s. We get to see a younger and older version of the Hero. The entire story about INA and the war is shown in flashbacks and it just gets annoying. I really wish they had only shown the 40s story and kept if for the entire running length. The second story in the 90s was completely unnecessary and distracting.

On a positive side, the war scenes were shot fabulously. The setting and the sequence of the final war scene will remind you of Tom Hanks starrer Saving Private Ryan. I was really surprised to see such kinds of war sequences in an Indian show.

The Forgotten Army, in the end, is a decent enough show that does a good enough job in telling the tale of the soldiers who died fighting for their country and are hardly remembered. My only complaint is with the way the story was told. They should have kept their entire focus in the 40s. The 90s episode was just unnecessary and bores the viewer.