The Woods Netflix Review – A Dull and Slow Affair

It was really quite by chance that I ended up watching The Woods. I was just scrolling through the Netflix suggestions wondering what to watch and there it was. This is the first Polish anything that I ever saw, be it a movie or series. So I am not sure why Netflix recommended me this. But it could be because I am into murder mysteries and whodunit stories.

I looked it up on the web and there weren’t many reviews about it. Nonetheless, I decided to give it a try and watched it till the end. Did I like it or was it any good? The 6-star rating for this on IMDB actually turned out to be right. This was a show that wasn’t highly entertaining but wasn’t boring either. It is not going to win any awards but is also not terrible. 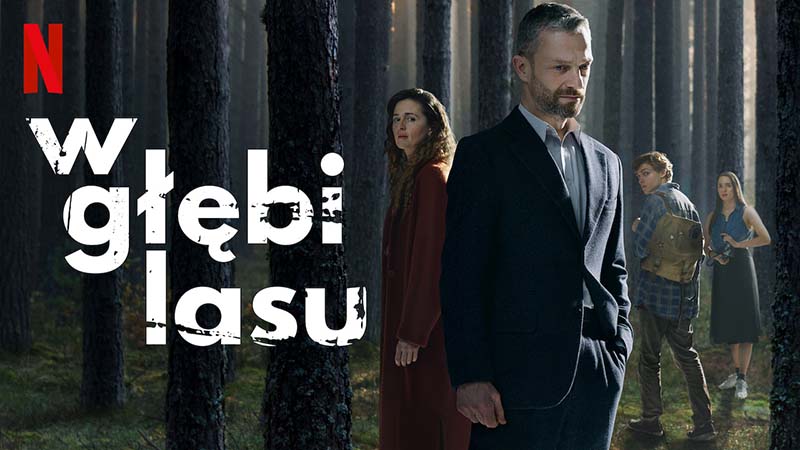 The Woods is a Polish mystery thriller web miniseries that was made available for online series on Netflix in June 2020. The show is based on a novel of the same name and is 6 episodes of about an hour each long.

It tells the story of Pawel Kopinski and is set in 1994 when Pawel was a teenager, and 2019, when he is a successful prosecutor in Warsaw. His sister disappears at a summer camp in 1994 under mysterious circumstances. Her friend’s dead bodies are found but no conclusion is drawn about her disappearance.

Twenty years later, the unexpected discovery of a body whose death seems to be linked to the disappearance of the girl may finally lead to a breakthrough in the investigation.

Reading the synopsis, my expectations from the show were very high and I think that is why I ended up feeling a little disappointed. I was expecting an Agatha Christie kind of story but it was nothing like that. I have not read the novel so I will not comment on that but the show was terribly slow. It really lacked enthusiasm and did not have any energy at all.

The characters just move around solving the case like zombies. There were times when I almost stopped watching it but then continued because I really wanted to see the conclusion. The overall air of the show is very gloomy and there was no energy that you usually see in investigative thrillers like this.

The ending was not shocking but wasn’t that obvious either. It just ends and tells you what really happened that night. Your jaw won’t really drop wide open but you won’t also feel cheated.

The focus of the show also keeps shifting from one story to another which tends to add to the confusion. You never really pay much attention to any of the characters to make a connection with them. Their attitudes are frequent and the development was more like patchwork.

The music was nothing worth mentioning. The acting was just about OK. The actors fail to bring the story to life and engage viewers. It’s as if they are not invested in helping the story come to life. The camera work and cinematography was average as well.

It may sound like I am saying that the woods is complete trash which it is not. It is watchable. For those looking for a dose of mystery, it is a good choice. However, those looking for script quality, plausible development, and a good pace will get disappointed. Excitement and thrill do not exist in this one.

If you do decide to watch it, I will strongly recommend that you do not switch to English audio. Watch it in the Polish language and read the subtitles if you do not understand. The dubbing was absolutely terrible and will just ruin everything even more for you.