First things first. I know that I am about a decade late in writing this The Mentalist TV Series review but I just finished watching it on Hotstar and couldn’t help sharing my thoughts on it. The entire is an absolute delight to watch for its full length of 7 seasons and keeps the viewer glued to their seats. 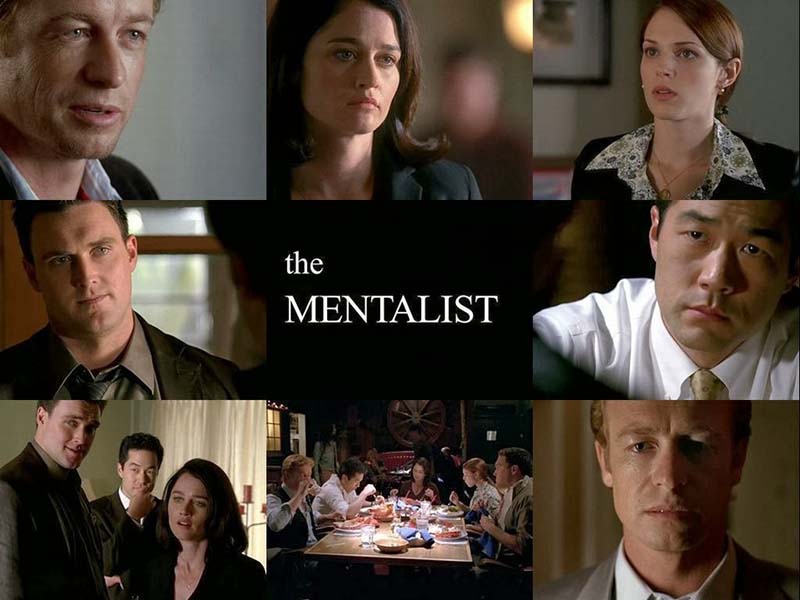 Before I go on talking about the series though, I must admit that I do have a liking towards murder mysteries. Back in college, I read all of Agatha Christie’s works. So yes, even with the TV shows, mystery and investigation series are my favorite; like Lucifer, Limitless and Deception. In fact, it was while watching Deception that I came across the name Limitless. Reviews were all good so I decided to give it a try. After a couple of episodes, I couldn’t help but continue watching the rest of the series. 7 seasons later, it was one of my all-time favorite shows.

The entire concept of the show is nothing new, to be honest. We have the protagonist who is blessed with some excellent skills that he puts to use by helping the FBI catch thieves and murderers. In the case of this show, he is a con artist who is very good at reading people. He gets hired by the CBI & FBI as a consultant (if there is such a thing) to help them solve crimes. The way he reads the crime scenes and catches clues will remind you a bit of Sherlock Holmes actually.

Several other shows have adopted this theme. Like in the case of Lucifer, it is the Devil himself helping the FBI. In the case of Limitless, it is a person who takes a pill to enhance his mind and with Deception, it was a magician helping the cops. But among all of these shows, The Mentalist is far greater and much more interesting.

The mysteries in the show are great. Each episode has a different plot and the story moves with the protagonist solving a different crime each time. Sometimes it is a murder, stolen items, and even robberies but mostly it is a murder. The big story is about Red John, a serial killer who has killed the family of our lead actor, Patrick Jane. Patrick is looking for Red John in order to avenge his family and that is also how he ended up working for the CBI.

Mostly every episode starts with a murder and ends in the killer getting caught. here’s a touch of humour in every episode, along with suspense and thrill which was well placed. The stories keep the viewer guessing till the end and won’t let you get bored.

The show was brilliantly performed by all of its actors. The arrogant charm of Patrick was something I greatly liked. He was not just a character. Rather, it all felt realistic including the sadness, the anguish, and everything.

Right from the first episode till the last scene, there was never a dull moment. The writing was perfect. The acting and the execution was flawless. There is a touch of romance as well but it always remains in the background and never takes precedence.

Another thing that I liked about the show is how it held its premise until Season 7. Most of the shows that run this long start great but then lost it a few seasons later. But not the Mentalist. It remains true to the original concept and never deviates. The stories in Season 7 were equally good as the ones from Season 1.

The only thing I did not like about the show was how they concluded the Red John episode. It felt like they started it thinking as just a serial killer, like in The Silence of Lambs. But somewhere along the lines, the writers decided to create the character more than a serial killer and included other aspects to it. By season 5, I think things got out of a little end and they did not know how to wrap it up and ended it whatever way seemed the quickest.

But do not get me wrong. This is only applied to the Red John story which takes only about 20% of the show. The remaining 80% are all superb and greatly executed different stories that were performed in a near-perfect manner by all its actors.

In the end, I will say that it is a great show that you must watch if you have not already done so. It is available on Hotstar in India for all of its 7 seasons. I hope The Mentalist TV Series Review above was of help. If you have watched the show, please feel free to comment and share your views.