To be very honest, I received the Prestige Induction Pic 2.0 V2 as a gift from my sister and did not buy on my own. I am a bachelor and so far, I have been using a gas stove and microwave for cooking. My main reason for buying an induction was to get something that takes lesser space than a gas stove; and can also save me the hassle of getting a cylinder every couple of months.

So I decided to buy an Induction and asked my sister for suggestions. She, rather than suggesting one, ordered one on her own and got it delivered at my home address. But by then, I had already bought a Havells Induction which I mostly now use. The Induction by Prestige is just sitting in my cupboard as a backup. I have used it a few times though and the review below is after owning the product for a few months. 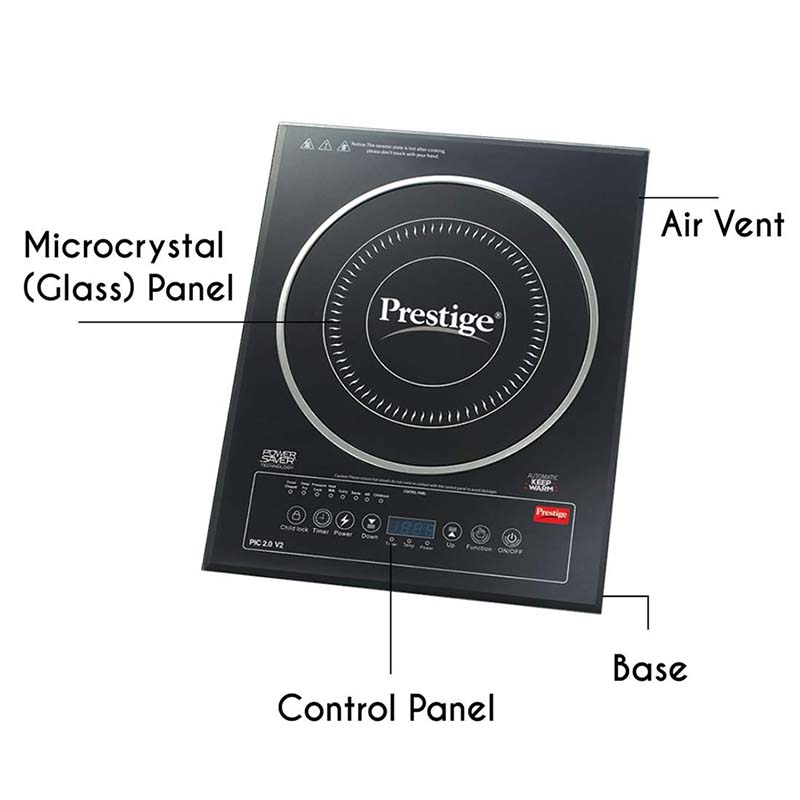 Is it really this good though? I tend to disagree. Below is why.

This induction is really bulky in size and is a heavy piece of equipment. I have no idea why they decided to make it so big. This is the first reason why I do not use it. The Havells one that I bought is really a very compact and lightweight Induction and I prefer using that instead.

The second reason is that it looks very fragile. The entire induction is covered by a piece of glass and it looks like it is ready to break any minute. When I did use it for cooking, I was in fact careful to not put anything heavy on it, fearing that it may break.

The control panel and the buttons are the third reason. It looks like I am operating a touch screen because the control panel is covered under the glass as well. Pressing the button is really a trick and skill with this one. You sometimes have to press a button 2 to 3 times to get it to work. Your milk will start to boil and you will try to switch off the induction but it won’t work. You will hit the button a few times in desperation. But by the time it will work and the induction will turn off, the milk will be all out of the pan.

The last reason is something that I came across the net. Apparently, there have been incidents when the glass on the top did break and burst. Take a look at the Amazon Page where people have posted pictures of the induction when the glass burst on the very first use.

In terms of use though, it is just like any other induction and gets the job done. It comes with a panel that has cooking presets as per the Indian Menu like cooking chapati, idli, curries, dosa, etc. Like all other brands, it also has a child lock feature and also turns off on its own when overheated. The safety feature also includes auto-pan detection, stopping the induction from turning on if there was no pan on it. It also has a Power Saver Technology and Automatic Voltage Regulator.

But these features are pretty basic ones that do not outweigh the negatives of the product. On top of it, it is on the costlier side and you can get equally good inductions by other companies at a lower price. In the end, I will not really recommend buying this one. Try some other brand.