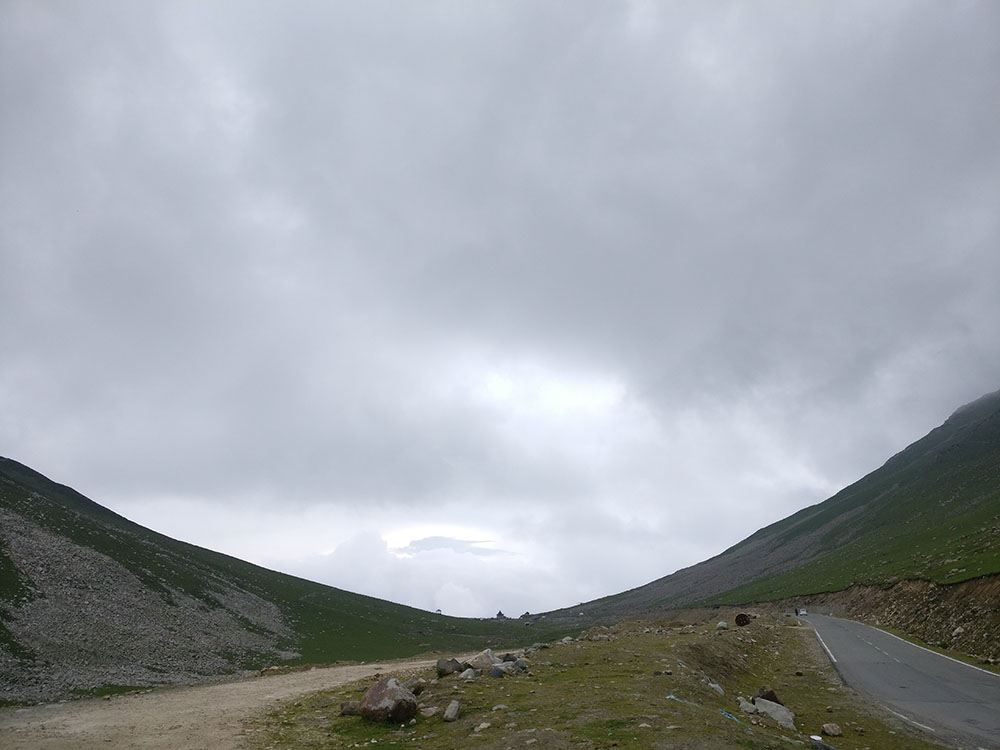 There is nothing here really except for a shrine, a road, a few shepherds, and plenty of natural beauty. But it is still a place that is hard to express in words.

With a cool breeze sweeping across your face, clouds occasionally descending so low that you could barely see a few steps ahead, a few horses lazily grazing near a rivulet formed by a melting glacier nearby, a few shepherds idly herding plenitude of sheep, it truly is a picture-perfect therapy for the tired eyes.

At the top of the pass is the shrine of Sheikh Ahmed Karim, who the pass is named after. Other than being a highly scenic location, this pass also has auspicious relevance. Read on to find out more.

For all other details on Kashmir like mobile connectivity, public transport, taxi services, and several other tips, please take a look at How to Plan a Trip to Kashmir – A Complete Travel Guide.

Peer ki Gali, also spelled as Pir Ki Gali, is the highest point of Mughal Road. It is a Pass at an elevation of 3,485m (11,433 ft) above sea level, located in Jammu and Kashmir.

With Bafliaz on one side at a distance of 55 kilometers and Shopian on the other at about 45 kilometers, this pass is almost the midpoint of Mughal Road.

Traveling from either Bafliaz or Shopian, you climb up all the way to Peer ki Gali. Here you stop for a minute, pay respect at the Shrine, pass through the “smile-like” formation between the two mountains, and drive down to the other side. 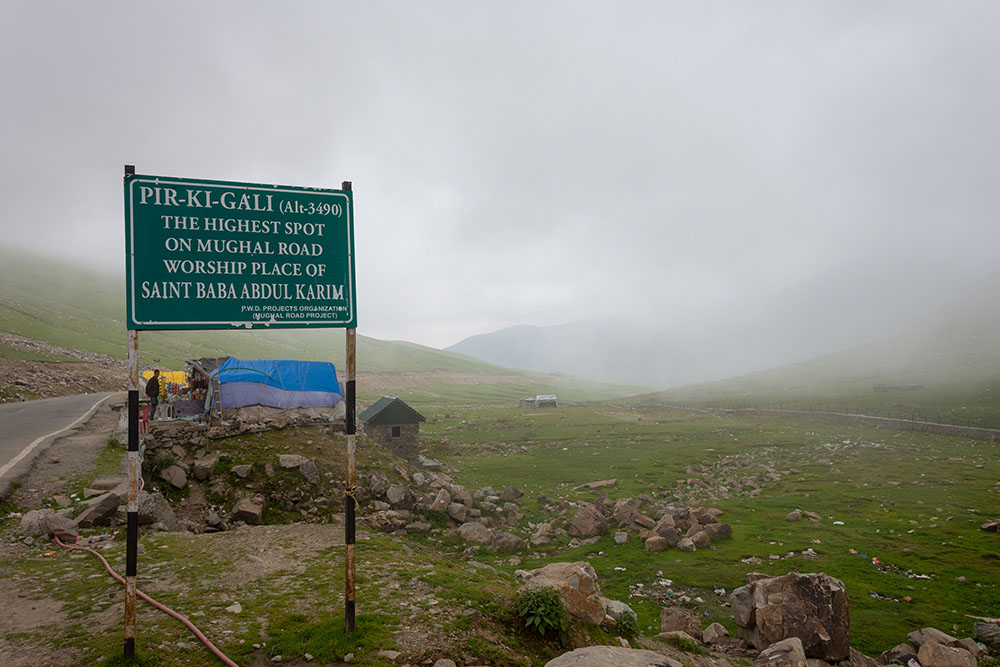 In many ways, Peer ki Gali reminds me of Rohtang Pass in Himachal because the vistas look very similar. It is however far more scenic than a crowded Rohtang where you can’t even click a single picture without someone’s head popping up in it.

The word “Peer” means a person who is devoted to religion and in the case of Peer ki Gali, it refers to Saint Sheikh Ahmed Karim.

Also Read: The Life and Legend of Baba Reshi

Why is it called Peer ki Gali?

There is a shrine at the top of the pass due to which it gets called Peer ki Gali. It belongs to a saint, Sheikh Ahmed Karim, who is believed to have meditated here in ancient times. The word ‘Peer’ means saint and the word Gali means ‘Pass’. Hence the name Peer ki Gali.

Contrary to common belief, the shrine at the top is not actually a Mazaar as saint Sheikh Ahmed Karim was not buried here. It was his meditating place only and the shrine holds a big stone that has the imprints of the saint’s hands.

To know more about Mughal Road, you can take a look at How to Plan a Trip to Mughal Road. I was able to travel on this entire route during my next trip to Kashmir.

There are many stories related to Sheikh Ahmed Karim and how he performed miracles in order to help people. Even today, you can see that people still have a lot of faith in him. Not even a single car passes by here without stopping in front of the shrine.

People would step out of their cars, pay respect, and have a “namkeen chaai in mitti ki pyaali with sattu” which is offered here like a prasad in front of a temple, before moving on.

This is what I was told by the guy offering the tea but I am not really sure if it was tea indeed. It could be Kahwa as well but it did taste a lot different than the usual Kahwa you get elsewhere in Kashmir.

It is interesting to know that it is actually not the saint’s grave here at the shrine. He was buried near the grave of Makhdoom Sahib and in the north of the grave of Bahuddin Ganj Bakash in Kashmir.

Peer ki Gali was actually the place where he used to meditate. Inside the shrine are imprints of his hands on a big stone. 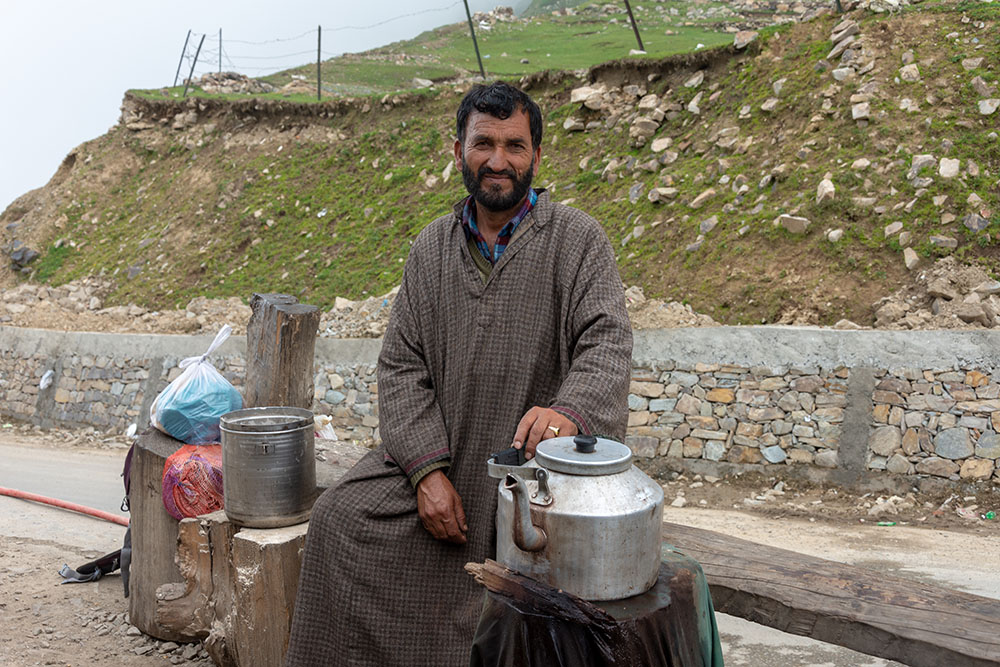 Mughal road, as the name suggests, was historically created and used by Mughal emperors. It was the route that Akbar took to conquer Kashmir in 1586. Francois Bernier, a French physician, and traveler wrote about this route and Peer ki Gali Pass in his travel journals.

As per Francois, “The saint was living and meditating here from the time of Mughal Emperor Jahangir. The saint could perform miracles just by the sound of his voice, and bring storms along with hail and snow. He was an old white-bearded man. He ordered the people not to create noise in this calm place of God, and move silently.”

An interesting thing to note here is that Emperor Jahangir had in fact died in the town of Rajouri while returning from Kashmir. As per the legend, Jahangir did not pay heed to the saint’s instructions to pass silently and upset the saint terribly after getting into an altercation with him.

Jahangir, in his arrogance, insulted the saint and as a result, paid the price with his life. 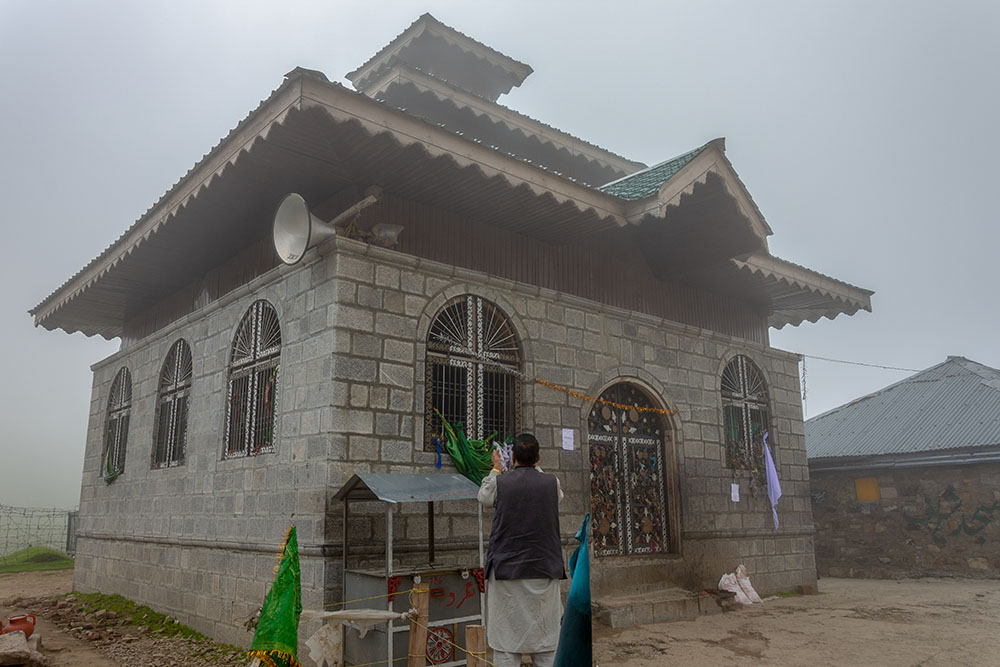 How to reach Peer ki Gali

Locals come to pray at the shrine often. It is believed that the saint will still come to help whenever someone calls. It is however just not the spiritual part that makes the spot worth visiting.

The entire drive to Peer ki Gali from either Bafliaz or Shopian is amazingly scenic and even adventurous. If you are visiting Kashmir then I would highly recommend paying a visit to Peer ki Gali as well. You can make it a day trip from Srinagar and include Aharbal waterfall as well in your itinerary.

From Srinagar, you will first drive to Shopian. If you had time, you can take the diversion towards Aharbal which is about 15 kilometers from here. After visiting Aharbal, you will drive back to Shopian and then reach Peer ki Gali, at a distance of about 40 kilometers.

If you are not interested in going to Aharbal, you can continue straight to Peer ki Gali. After spending some time, you will then return to Srinagar by evening. The entire trip can be easily done in a single day.

Also Read: Clothes to Pack for a Kashmir Trip

Another option is to travel to Srinagar via Mughal road. Rather than the crowded NH44, you can take the route via Rajouri, Mughal Road, and Shopian to travel to get to Srinagar. It is way more scenic and there is almost no traffic on it. Or you can return to Jammu from Srinagar via this route. 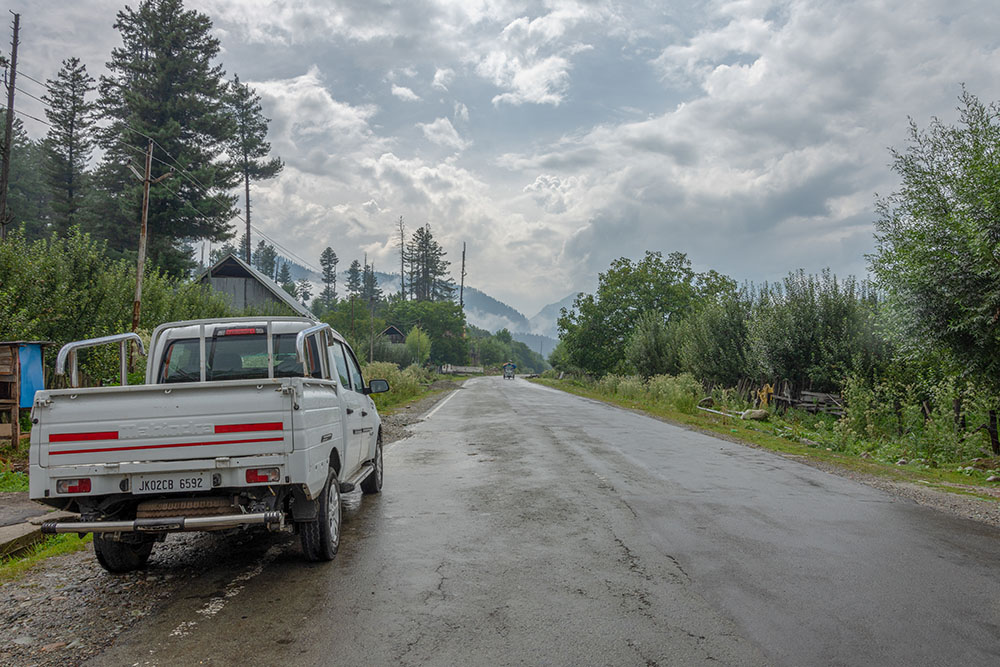 Where is Peer ki Gali Located?

The nearest available hotel is in Srinagar only. On the other side of the pass as well, you will have to get to Jammu to find a place to stay. It will be hard to find a hotel anywhere else on the route. 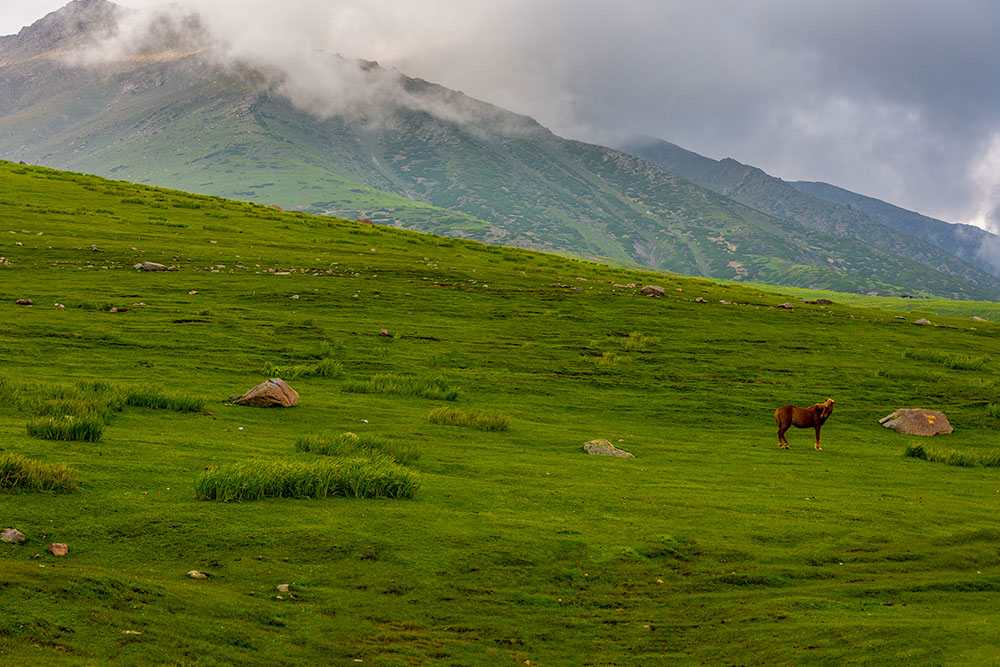 Irrespective of which network you were on, chances are that your phone will not work at the top of the pass. You will lose the network as you get close to the top.  But other than that, you will have reception on most of the routes from Srinagar to Peer ki Gali.

I hope the information above on Peer ki Gali was of help. If you have any questions, please feel free to ask in the comments section below. You can also follow me on Instagram and chat with me live or subscribe to my YouTube channel and ask a question there.