Hotstar Hostage Review – Not Gripping but not Boring Either

The reason why I am writing it as Hotstar Hostage is because there is another movie by the name of Hostage starring Bruce Willis which was released in 2005. In this post, however, I am writing down my opinion on the show Hostage streaming on Hotstar and not the movie. Just thought to clarify this first to avoid any confusion.

Coming to the show, Hostage is one of the newest offerings by the Indian over-the-top streaming service Hotstar. The show stars Tisca Chopra, Ronit Roy, Parvin Dabas, Aashim Gulati and Mohan Kapoor in lead roles. It tells the story of a renowned surgeon Dr. Mira Anand who is set to operate on the chief minister. But on the night before the surgery, her family is held hostage by gunmen who want her to kill the chief minister on the operating table or her family will die. It is said to be an Indian adaptation of an Israeli TV series but I am not really sure about that. 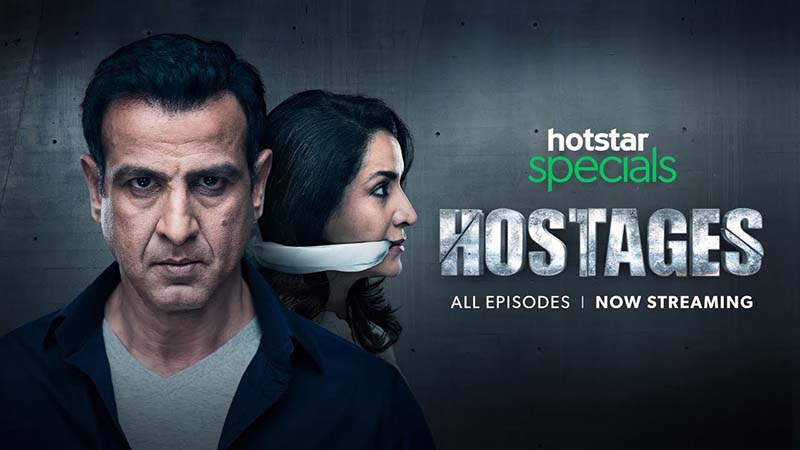 I just finished watching this series and while I cannot call it very satisfying; it is not all that bad either and cannot be ignored completely. The series tries hard to be a nail-biting thriller; but doesn’t really live up to the expectations because of weak direction and script. Between the start and the end of the series, the plot gets so tangled that the viewers tend to lose interest a little. I binge-watched the entire series and felt a little disappointed when it finished.

There are just way too many plot holes and goof ups and I can’t believe the makers did not realize them before releasing it. The script defies logic and reason and asks its viewers to take giant leaps of faith. I do not want to write anything about what happens otherwise it will become spoilers for anyone planning to watch but you will end up laughing at the stupidity of the characters rather than feeling sorry for them. The doctor and her family try all lame tricks to get out of the situation. All they needed was a single rethink to realize how dumb these tricks and plans were. The background music too sounds like it was lifted from some B-Grade thriller movie.

With that being said, the pace of the show remains fast enough; and it never gets to a point where you would want to turn off your TV and go to sleep. You will not be at the edge of the seat; but will still watch the show to know where it was headed and what will be the ending. Unintentionally, it is a bit comic as well in terms of how stupid the decisions of the family were. Another saving grace is the acting of Ronit Roy and Tisca Chopra. They are both brilliant in their parts.

My final say on the show will be that it is good enough for one time watch; as long as you keep your expectations low. Do not expect a thriller full of suspense that can keep you glued to the screen; and you might actually enjoy it. This could have been a great show only if they worked on the story and the script a little more.