Ghoul is an Indian horror web television miniseries available on Netflix. It is based on the Arab folklore monster ghoul. I recently finished watching the miniseries; and decided to write this review because I was really impressed by it. It is a well directed and acted horror series with quite an original idea; something that has largely been missing from Indian movies and television off-late.

I saw an advertisement of this series some time ago before its release and it intrigued my interest. So I was actually waiting for it to arrive. Before watching the series however, I read some reviews on IMDB and was surprised to find most of them as negative; slamming the show as a religious propaganda. These negative reviews in a way worked positive for me though because my expectations then went way too low. But when I stated watching the show, I found it to be captivating and refreshingly original. 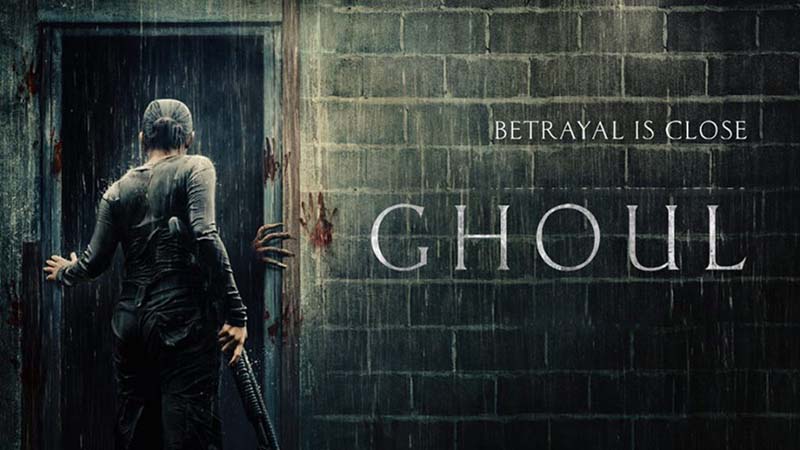 The story begins with the interrogation of a dreaded terrorist Ali Saeed in a secret government facility; and then takes a supernatural twist. I agree that there is a religious angle to the show but it never really focuses on it. The center of the story remains to be the monster, the ghoul. The religious side of the show is more like a platform that the story is built upon. It never for once goes in the direction of becoming a religious propaganda.

I never really liked Radhika Apte much. I still don’t actually but in this show, I must admit that she did a decent enough job. She is there in every scene and the entire show pretty much revolves around her. There was nothing too remarkable but she pulled off the role of both a confused daughter and an interrogator very well. The main attraction however is the claustrophobic atmosphere that the director did an awesome job at creating. The sinister looking prison, a Hitler type colonel and his trigger happy second; a few tortured terrorists; few soldiers who take pleasure in beating up the prisoners; a newcomer eager to prove herself; and amidst all this, a monster.

My advice to you will be to not read any reviews and enjoy the show. It has a good story line, decent special effects and some good enough acting . The gore and violence never becomes too much and the overall environment of the show will keep you involved. I hope the information above was of help. If you have watched the show as well then please feel free to share your views of it in the comments section below.