I just finished watching this TV series called Deception and here is a short review of how I found it to be. It is not a new show and aired back in 2018. I happened to see it now because it showed up in my recommendation list on Amazon PrimeVideo. I am not sure if they just added it there or I just noticed it now but I decided to give it a try. The first season was 13 episodes long and by the time it ended, I was pleasantly surprised; and also upset that they canceled it and did not renew for a second season. 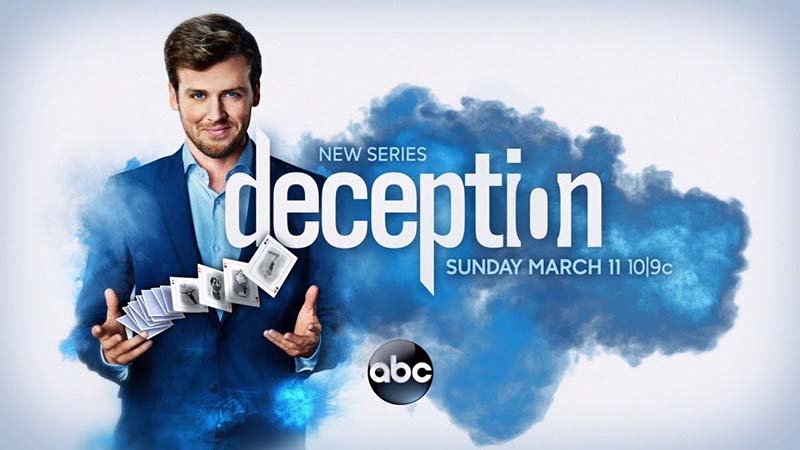 The show tells the story of two brothers. They are both lookalike twins and practicing magicians. When their career takes a nosedive after a scandal, one of the brothers gets incarcerated for murder and the other decides to offer his skills to the FBI, thinking he can help them solve cases. He gets partnered with a by-the-book agent who reluctantly allows him to follow her around. Case after case, he helps the FBI solve some baffling crimes while also working on helping his brother to get released of the murder charge.

What you get in the end is a show that will keep you hooked to your TV screen. You will binge-watch the entire thing episode after episode and not for a moment it will bore you. The show is unexpectedly good. The plot is just fast and strong with very little gaps in the script. It is direct and easily followable. The premise of the show is fascinating and most of the episodes have interesting plots. The acting is very good and special effects were effective.

It will remind you of many other shows; like the Mentalist, Lucifer, Limitless or Scorpion; where some outsider “civilian” is hired by the FBI or the police as a consultant to help them solve crimes. The originality of the show however is in the illusionist part. Each episode will in a way present you with a mystery to solve and enjoy a good magic show at the same time. Who wouldn’t like that?

I am not really sure why they canceled the show; but I do hope that someone would pick it up and renew for a second season. If you have a Prime membership, then give the deception TV series a try over the weekend and I can guarantee that you will like the show.