The only reason why I started watching Castle Rock in the first place was that it had Stephen King’s name associated with it. Been a fan of his books, I thought to give the show a try. To be honest, I wasn’t really sure what to expect from it knowing that it wasn’t written by King himself. But even though I had no high expectations, I was still disappointed with the show.

I am not really doing a comparison but even without that, Castle Rock really fails to keep the viewers engaged and involved. The show starts out great but really gets nowhere. For a while, I even started to wonder if there was any logic to the story, or were they just developing it into nothing. The ending cannot be called conclusive and raises even more questions. 10 episodes later, you will just be thankful that it got over and would not even dare to start watching the second season. 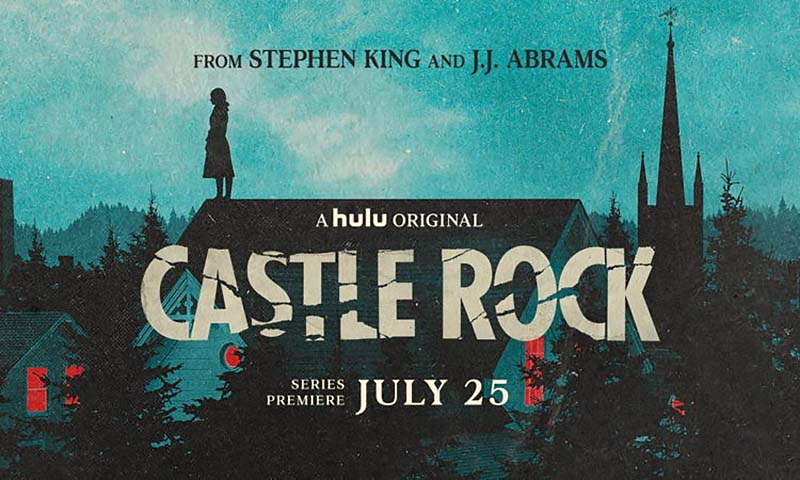 For a brief overview, Castle Rock is a psychological horror web television series. It premiered in July 2018 and then a second season was released in October 2019. It is available for online streaming on Netflix. The show is set up in the fictional town of Castle Rock, Maine, and hence the name.

If one is to believe the makers, “Castle Rock combines the mythological scale and intimate character storytelling of King’s best-loved works; weaving an epic saga of darkness and light, played out on a few square miles of Maine woodland.”

Is it true though? I do not believe so. I have read a lot of Stephen King’s works; and this show does not do justice to his style of storytelling. If you are going to use his name and include his works, then at least bring your story up to that level; or just create a fictional town and characters of your own.

The biggest problem with Castle Rock is that it is so slow that it will make you fall asleep. You will just keep on waiting for something to happen and it never will. The first couple of episodes are OK as the viewer is introduced to the characters. But by the 4th or 5th episode, the story starts to crawl and you start to wonder where they were headed with it.

By the 6th or 7th episode, you will literally be forcing yourself to continue watching; hoping it will all come together in the end but even that does not happen either. After the 10th episode, you will be left wondering what the hell you just watched.

There is nothing scary about the show. Where was the horror in it which is supposed to be there in a horror series? Instead, it is all about a big revelation that never arrives. Rather than building a scary and tense atmosphere, the characters have to keep reminding the viewers in words that something sinister is happening. The episodes are stretched needlessly and indefinitely, building a crescendo of anticipation that has nothing in the end.

The story is told in different timelines but not in an effective manner. It’s not scary, intense, suspenseful, or interesting like anything King should be.

The music was nothing worthy of note. The acting is bad by a lot of its main characters because the writing is so terribly boring and slow. The script as you can imagine was a complete letdown. They should have tried to pace it up a little or maybe run it with Stephen King himself before starting to film it. The characters are uninteresting. The entire town of Castle Rock just seems like a depressing and horrible place in general.

My final word on this Castle Rock is to avoid it like a plague. Watch this show only if you were having difficulty sleeping otherwise there are plenty of other interesting things to watch. This one is too painful to tolerate. They just keep playing incessant creepy music over snail’s pace scenes trying to make it sound scary rather than actually making it scary. This is NOT Stephen King. I don’t think the writers had a thought out story of any kind and just used Stephen King as the selling point.