I just finished this web series on Netflix called The Witcher and below is a brief review of how I found it to be. This actually was my second attempt at watching it. I first tried watching it when it was released on Netflix in 2019. I reached the second episode but then lost interest because the story was a bit confusing. Recently, upon a friend’s recommendation, I watched all the episodes and must admit that my feelings about this one are still a mix. I wanted to like it but really could not. 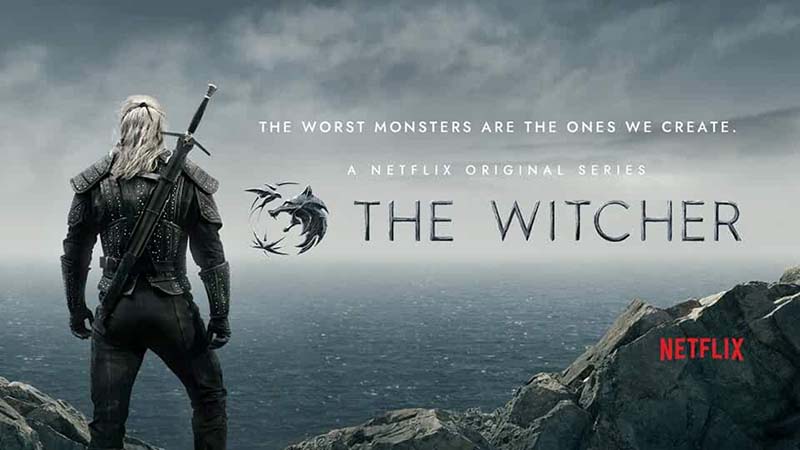 The story is based in a medieval-inspired landmass known as “The Continent”. It tells the story of Geralt of Rivia, a solitary monster hunter, and stars Henry Cavill in the role. The show initially follows the three main protagonists at different points of time, exploring formative events that shaped their characters, before eventually merging into a single timeline.

My biggest complaint with the show is how the three different timelines are shown. The show does not do a great job of distinguishing between current and flashback scenes. The story is kind of a little hard to follow and it will be a while before things start to make sense. But I can still guarantee that once the credits for episode 8 start to roll, you will be still left confused and with tons of questions. I am hoping that once season 2 is out, the story will probably make more sense then.

But this was just me. Maybe it was confusing just for me so do not let this be the reason to discourage you from watching it. In all reality, it is a decent enough show with good acting, amazing effects, scary monsters, good visuals, and a little bit of humor.

Henry Cavill is really the best thing about the show. You can in fact watch the entire series just for him. He works hard and his portrayal of a monster hunter is absolutely amazing. The rest of the cast does justice to their roles as well. But the entire series pretty much remains centered on Henry Cavill and he does not disappoint.

The production value is also decent and some of the side characters are done well. Fight scenes are top-notch and the magic spells look very natural.

The biggest problem however is with storytelling. If you do not already know these characters, it is going to be hard to follow. Everything seems rushed with terrible pacing and awkward timeline jumps.

The names of people and kingdoms are mentioned in a way as if the audience should already know who they are. There is no context, no reference but just names being thrown around. At one point, I started to wonder if there was a prequel to this one that I missed. It will feel like you started watching season 2 or 3 of a series.

There was not much character development either. Music too is average at best. It fails to build tension or add depth. The only good part about it was the song, “Toss a coin to your Witcher”.

Another point I will like to mention is the battle scenes. The individual fight scenes were done very well but when it came to the battles, it seemed like the show did not have a budget for those. They just looked very weak and lame; more like a group of 50 people fighting each other than a massive battle.

I have heard that the book series is an amazing one and part of Polish folklore. Hopefully, Season 2 will live up to its potential but Season 1 is just about average. It feels like they only made it for people who already knew the story and were fans. The script could definitely use some work and I hope they pay attention to it the next time.