Ever wondered how it would be if Ekta Kapoor directed a murder mystery, a whodunnit thriller? And I am just saying Ekta Kapoor because she is among the most famous ones but I am actually referring to all the makers of saas-bahu and family drama series; our typical Indian soap operas full of over-acting, unnecessary twists and turns, pathetic direction and a never-ending tiresome story. Watch The Raikar Case and you will get the answer.

The show stars some known actors like Atul Kulkarni and Ashwini Bhave and supporting cast that I won’t bore you here with names of. The show follows the story of a wealthy and influential family. A member of the family dies and it is uncertain whether it was a suicide or a murder. Every member of the family comes under suspicion and we follow the investigation in a total of 7 episodes before the murderer is finally revealed. 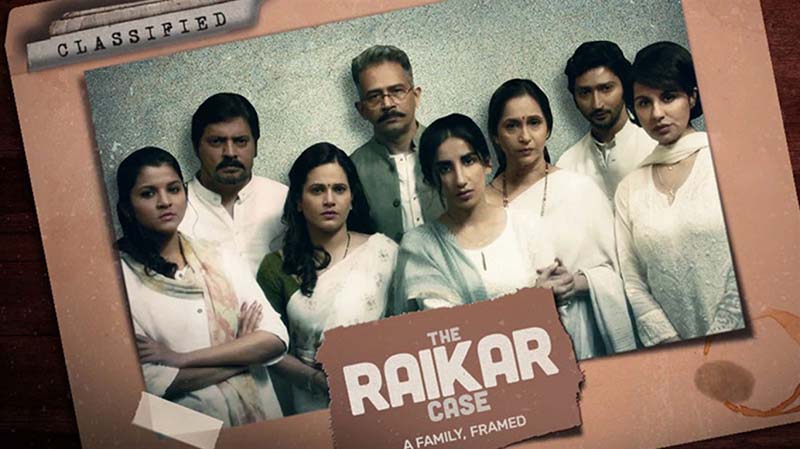 If we are to believe the synopsis of ‘The Raikar Case’, then it is ‘An edge-of-the-seat thriller about family, love, deceit, and the secrets that wrench us apart. It grapples with the dilemma of ‘Will You Choose Truth Over Family?’, and if trust can ever really be absolute.’

But is the show really that engaging and entertaining? Far from it, actually.

I signed up for a 14 day trial of Voot to actually watch Asur but it turned out to be another example of ‘good idea – bad execution. While I was there, I decided to pick another show, The Raikar Case, from Voot’s watchlist and give it a try. This one, however, turned out to be even worse than Asur.

What is wrong with this show? I think almost everything. I guessed who the murderer was in the second episode itself and then watched the rest of the show just to find out the motive. Interestingly, after the show ended, the motive was still vague. They did give a reason for the murder but it will leave you thinking, “That’s it? Really?”

The show steals ideas from several movies and shows and then try to copy in a really pathetic manner. Even the murder scene is copied from a known show called Broad Church.

The acting is average at best. Only Atul Kulkarni and Ashwini Bhave were the saving grace. The rest of the entire cast overacts uselessly. The most annoying character was the guy who played the Inspector. He really needs to get some serious acting lessons. The second worse is the girl who plays Etasha. She has the most screen time and is really a pain to watch. I really wish they had chosen a different cast and maybe the show could have turned out better. Really pathetic actors, all of them.

There is absolutely no depth in the story. The writing is very weak and character development is next to none. The direction was really what you see in the saas-bahu serials. The scenes were unnecessarily prolonged like a daily soap episode just to stretch it into another episode.

A murder mystery is supposed to be about clues, investigation, and suspense leading to a surprise ending; not a boring family drama where they just focus on the face three times to capture the dull reaction. To create a web of suspense and screwed up family relationships, they stretched the script to the extent that it got boring.

Whatever little story they could manage to build gets thrown away in the last episode. How and why that conclusion is derived without any development is beyond me. I wish I could write about it more but that would just become a spoiler and ruin the ending for you by revealing who the killer was.

Last but not the least, the show heavily banks on IMDB ratings to promote itself. I am not really sure how it got ranked so high on IMDB but my guess is that it is all fake. The goodwill of IMDB is what Voot is trying to exploit by mentioning it right on the posters of all their shows (and surprisingly, all of them are highly rated).

My final word on The Raikar case would be that you should save yourself some time and headache; and give this one a skip. If you are seriously into murder mysteries and suspense thrillers then this show will only give you a good laugh at its stupidity, nothing else. The show is a non-stop series of a poor screenplay, bad dialogues, weak script, mediocre acting, pathetic background score, and bad direction.