This is a shot of the famous Renuka Ji Lake. The picture below is actually after a bit of editing in Photoshop, actual one was a lot different than this. 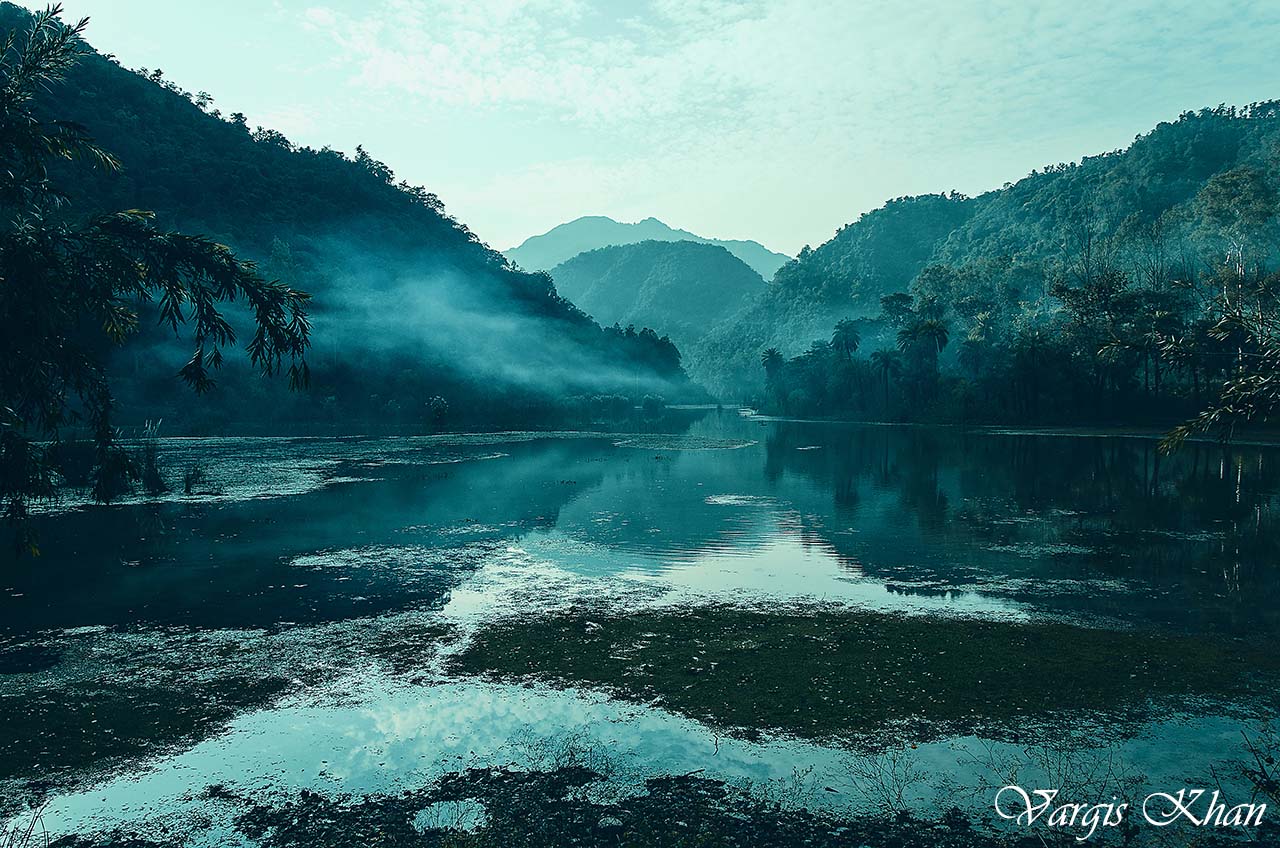 Renuka Ji was once upon a time a lion breeding center but now it just has a small zoo built around this lake with just a handful of animal. They have a drive way built around the lake with cages of the animals right next to the road. You can take your car in, drive around in a circle while seeing the animals. I was returning from a trip to Chanshal Pass and ended up spending a night in Renuka just by mere coincidence. This picture was taken at around 2 pm in the month of September.

Also Read: A Falcon at the lake

The sun was up in the sky with a lot of harsh light and completely blown out sky. Most of the pictures that I took of the lake at that time turned out completely unimpressive. I usually shoot RAW and then process later in Photoshop. While I was processing these pictures, disappointed by the Renuka Ji shots, I thought to play around a little and see if I could make these look at least a little better. In this particular picture, I added a bit of blue tint, reduced Aperture to reduce the lighting, added a little sharpness and the result was way better than the actual picture.  It adds a little bit of haunted, mysterious look to the lake I think. The grass and leaves floating to the front also worked towards giving it the desired look.  Camera I used was a Nikon D7000 DSLR with a 100-300 tele lens mounted. I must have taken at least a hundred pictures of the lake and the zoo but this one is quite my favorite. I am not claiming that this is an excellent shot or anything but not that bad either, would you agree?