Bored over a weekend, I was browsing through Netflix trying to find something to watch. When I couldn’t decide, I sought help from Google and searched for good shows to watch on Netflix. One thing led to another and soon, I was looking through a list of crime drama/murder mystery shows that were rated to be good. That is how I came across the name of La forêt or The Forest.

I have seen a few Spanish and Italian movies but nothing french before this. The synopsis of the show sounded interesting and the reviews too were mostly good so I decided to give this one a watch. The series is not too long and I ended up finishing it in one night. By the time it ended, I did not regret picking it up and agreed with the reviews I read. This is indeed a great series, a captivating thriller that will keep you engrossed until the end. 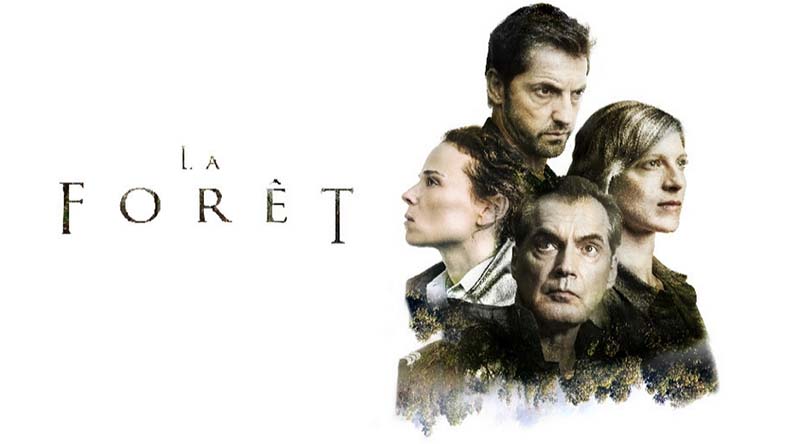 The Forest (French: La Forêt) is a French crime drama television series that was aired in May 2017 on Belgian channel La Une and on in November 2017 on France 3. The series was made available for online streaming on Netflix internationally in July 2018. It consists of 6 episodes an hour each.

The story is set up in a French Village right next to the Forest of Ardennes. A teenage girl disappears in the forest and her body is found a couple of days later. What follows for its six episodes is the police investigation into the matter until the killer is found.

Was this show perfect? Absolutely not. Did it have loopholes? Yes, absolutely. It will leave you rolling your eyes several times but then which show or movie is without loopholes anyway? There are a few things that you will have to look beyond always.

In the case of La Forêt as well, once you ignore a few things and do not over criticize, you will find it to be a highly entertaining series, a perfect example of a whodunit story. A teenage girl rides her bike into the forest and never returns, only to be found dead days later. The husband of the investigating police officer admits to sleeping with the girl. Two other recent (including the police officer’s daughter herself) and two historical abductions seem to match the killer’s style, but who could it be?

The identity of the killer was not really hard to guess (or at least I was able to guess it). The first episode is when the murder happens and they find out who the killer was in episode 5. The last episode is all about chasing the killer and wrapping up the story. In the third episode, I had a fairly good idea of who the murderer was and it turned out to be right. But even then, the way the story was developed and told was really amazing and deserves an applaud.

The atmosphere, character development, and plot were excellent. The cinematography and the visuals were great too. The whole series is filmed in a beautiful landscape and the scenery was stunning. There were absolutely no cuss words at all which I really appreciated.

The other appeal was the pacing of the story. The show does not drag at all. It wraps up the story in just 6 episodes and holds one’s interest throughout.

The actors were all excellent with the exception of Suzanne Clément. She is the only bad or annoying thing about the show and I really wished they had found some other and better actor for the role. Except for her, everyone else does justice to their roles and fit in perfectly.

There are other shows on the same storyline but this is a fresh new take on it. You will not feel like you have seen it all before and will remain committed. It has a solid script that takes its time to develop.

For crime and mystery fans, this one is a must-watch. The story is well depicted and developed and will hold your interest until the end. The identity of the killer may not be shocking to some but the twists and turns keep this series fresh and exciting.

It is not dubbed in English so you will have to watch it in French, reading the subtitles. But after the first episode, you will get used to it and won’t mind much. Give it a try, you won’t be disappointed. It is a fine mix of realistic events, thrill, interesting characters, good performances. The series is also short enough so you can finish it easily over a weekend.