Why did I watch Official Bhootiyagiri? It was for three reasons. The first one was Sumeet Vyaas. I watched his TVF Tripling series and really liked it. The second reason was that I read mostly good reviews about Official CEOgiri, the prequel of Bhootiyagiri. The biggest reason was, however, the teaser that I saw on YouTube. It really portrayed the show as a mix of horror, thriller, and comedy. In the end, however, it just turned out to be a boring and useless family drama with no head and tail.

Actually, it was not even a proper family drama. I wouldn’t mind watching a family drama if it was well made. With this one, the makers couldn’t even decide where to begin, which direction to go in and where to end. So in the end, all that you are left with is absolutely nothing.

The show is only 5 episodes long and every episode is of about 20-25 minutes. So it ends in a little over 2 hours but even that felt like a lifetime; that is how boring this series is. The story never really gets anywhere. There was no character development, nothing to laugh about, no horror, no suspense, and no story at all. Just a bunch of people sitting around, talking, and advertising companies like Adda52 and Biryani by Kilo. 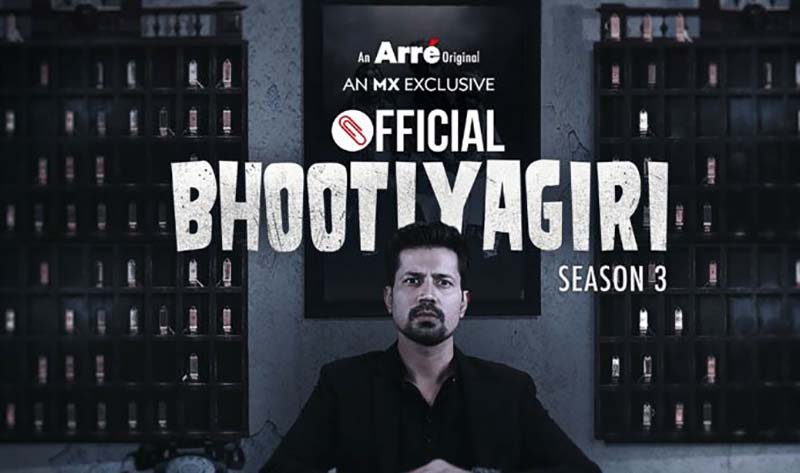 I have not really watched Official CEOgiri so I do not really know what happened in that one. After watching Bhootiyagiri, I do not even have any intention of watching the prequel anymore. But this series starts with our protagonist, Dilawar Rana, being bailed out of the jail by his rich and influential stepmother.

The family drama starts and Dilawar gets asked by his family to revive one of their heritage hotels. The hotel wasn’t doing well anymore because it was believed to be haunted. Now, this is the premise for a good story but what follows is an absolutely pathetic execution. 5 episodes later, after watching some very bad actors play ‘family’, you get to see a cheesy ‘happy family reunion’. That is all.

Oh no, wait. That is not all. There was supposed to be a twist in the end and also a horror scene but by the time that happens, you wouldn’t care anymore. The horror scene was horribly shot and the twist was pointless.

Every actor, except for Sumeet Vyaas maybe, needs to go and get some acting lessons. The writers need to learn how to properly write a script and dialogues. And the director needs to first work as an assistant with some good directors and get some tips.

What is worse even is the shameless advertisement of Adda52.Com and Biryani by Kilo. In almost every episode the actors end up advertising these brands. I agree they may have sponsored and paid for the show but at least advertise properly. Do not make it obvious and have actors just sit around and talk about these brands in every episode. That was just plain cheesy.

We are to believe that the family of our hero is filthy rich and owns a chain of heritage hotels. And yet, they could not even pay 1.8 Crore to save one of their hotels getting auctioned? The two people from the bank are the ones doing collections, talking to customers, and also the auction? The final haunting scene at the auction was laughable. They scared off everyone who wanted to buy the hotel but then what? What happened to the loan? Did the bank also got scared and forgot about the loan? In short, there is no sense to this show at all.

Imagine this. You and your friends had nothing to do over a weekend. So you decided to go to a hotel, pick up a good quality camera and decided to shoot a movie, just for fun. What you will shoot will probably be a million times better than this tragedy called Official Bhootiyagiri.

My final word on this one is that you avoid this show at all costs. It is available for online streaming on MXPlayer for free but even then it is not worth it. You may not spend any money but will waste 150 precious minutes of your life that you will never get. If you were trying to decide what to watch, my recommendation will be Paatal Lok available on Prime Video. Try that one. It is an amazing series.