I recently had the misfortune of watching a tragedy called Mrs. Serial Killer. I am calling it a misfortune because that is how it felt; a torture that I was putting myself through while I was watching this. And I am calling it a tragedy because that is what it unintentionally turned out to be. The makers wanted it to be a suspense thriller but in the end, this movie was a tragedy in the history of Indian Cinema and Netflix. 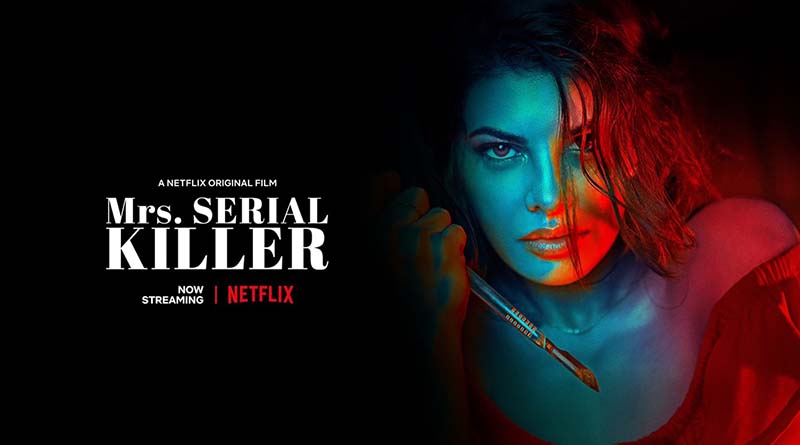 For a brief overview, Mrs. Serial Killer (also spelled as Mrs Serial Killer) is a crime thriller movie available for online streaming on Netflix. It stars Manoj Bajpayee and Jacqueline Fernandez and Aamir Khan’s niece Zayn Marie. The film was released on Netflix on 1 May and mostly received negative reviews.

The only reason why this movie received a little bit of attention was because of its actors. Manoj Bajpayee is among the best actors of Bollywood. Jacqueline Fernandez may not be an amazing actor but is still a known name. The third big reason was Zayn Marie Khan. She is the niece of actor Aamir Khan and made her acting debut appearance with this movie. Because the name of Aamir Khan was getting connected indirectly, it helped the movie gain some media focus.

Unfortunately, however, this movie fails at each and every level. As you watch it, the only thought running in your mind would be, “What the hell were they thinking?” Even actors like Manoj Bajpayee could not do anything to save it. Whatever little screentime he got, he looked completely fake in the role, right from his make up to his acting. Zayn Marie Khan, well, she is irrelevant. Acting is not for her and she should seriously look at some other profession as a career choice.

Both the story and the camera revolve around Jacqueline Fernandez. She remains in focus the entire time and hence the name, Mrs. Serial Killer. As expected, she is just a pretty face with little acting skills. Her expressions throughout the movie either remain wooden or laughable. I think even a child actor can read the dialogues better from a paper than she did.

One thing that was good however was the idea of the story. If given to a better director, I think they may have done something good with it. But the current execution is a complete disaster. The movie is set in the small towns of Uttarakhand but looks nothing like it. I think the makers should have spent some time in Uttarakhand to better get an idea of how life in these small cities is before deciding to make a movie. Lifestyle, dressing sense, talking style, infrastructure, choice of language; absolutely nothing matches and I am sure the people of Uttarakhand would laugh out loud at such a bad depiction of their lives.

Music was absolutely pathetic and does little to set the mood. There is supposed to be a twist in the end but you can see it coming miles away. Cinematography and direction are painfully bad. Every scene bursts with hot colors and neon shades, but you can’t extract atmospherics from lighting props. The justification for the character embarking on the killing spree is so clichéd that even a junior writer would be ashamed to use this trope.

In the end, Mrs. Serial Killer is something that you should avoid like a plague. Maintain your social distance from this one if you don’t want to waste time on an unintentionally funny and worse, boring murder mystery. There is nothing that this movie does except for wasting 100 minutes of your life.