Manali to Leh in October – Manali Leh Road in October 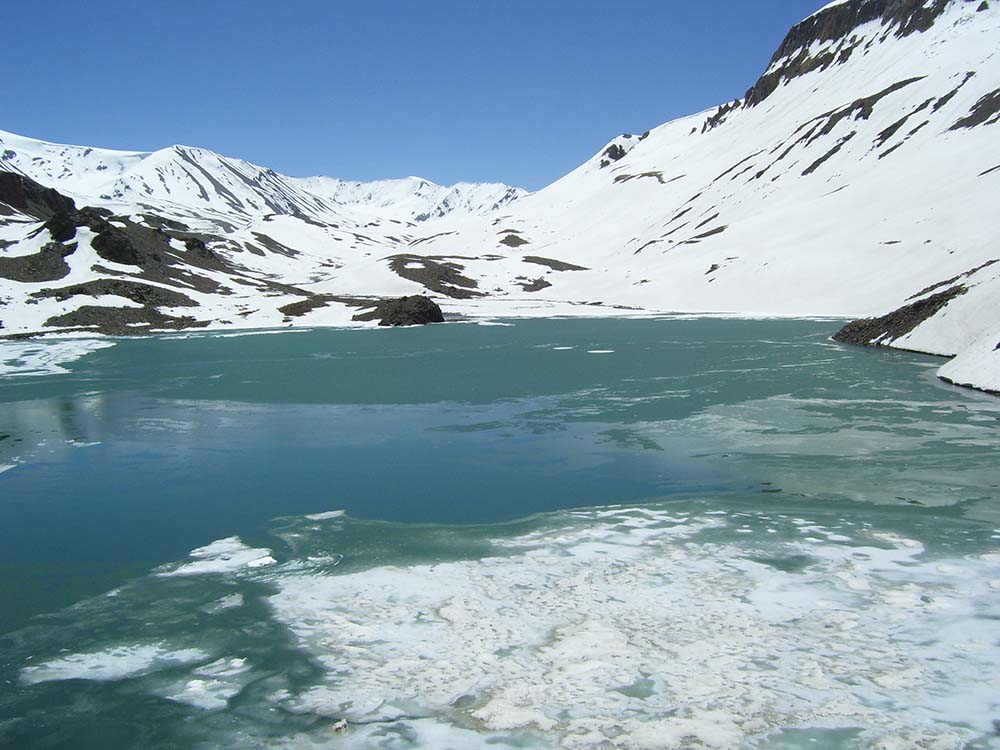 With September almost gone and Ladakh tourist season now approaching towards close for the year, I have recently received a few queries from people asking whether they can travel from Manali to Leh in October. Or is it safe to even travel on the Manali Leh highway in October? Here is a little bit of information, a few things to consider before you embark upon this journey.

While you can still and definitely travel on the Manali Leh highway in October, the first and foremost aspect of this journey you need to focus on is the uncertainty. When I say uncertainty, it applies to anything and everything. October is the time when the region starts to get ready to experience its first snow and sometimes, had already experienced snowfall by as early as late September. With snow, a lot of things are bound to change.

Manali to Leh in October

If you are thinking about traveling using public transport, like a shared cab or a bus, then you should completely forget about taking the Manali Leh highway in October; or even in late September for that matter. The HPTDC bus service, which is the best and preferred one for tourists, ceases to operate on the route after the second week of September.

The only bus available for you will be the HRTC bus from Manali to Leh. It operates for a little longer until Baralacha La Pass gets blocked by snow in the month of October.

You may find shared taxis as well but their number will also be highly limited. The only good option available will be to hire a private cab. But considering the timing, that will cost you enough to burn a hole in your wallet.

By Car or Bike

If you are however planning to travel on your own, then you need to prepare yourself for extremely cold weather. Traveling on a motorcycle is definitely discouraged. The weather here changes drastically after September and temperature can drop to sub-zero at night.

It will get warm after the sun is up but cold winds will accompany you throughout the journey.  Make sure you are carrying enough warm clothes to keep you warm from head to toe. Carry a pair of good-quality gloves because the first part of your body to go numb and stop working will be your fingers; which also happen to be the ones you need most while riding the motorcycle.

Chances of this happening are the highest around Baralacha La Pass which experiences the highest amount of snow on the entire highway. BRO may close the road anytime to clear snow which can take even up to a couple of days. In this case, you will be stranded on the highway with nowhere to go. You will have to return back to the nearest available town or village which on this road are not many. 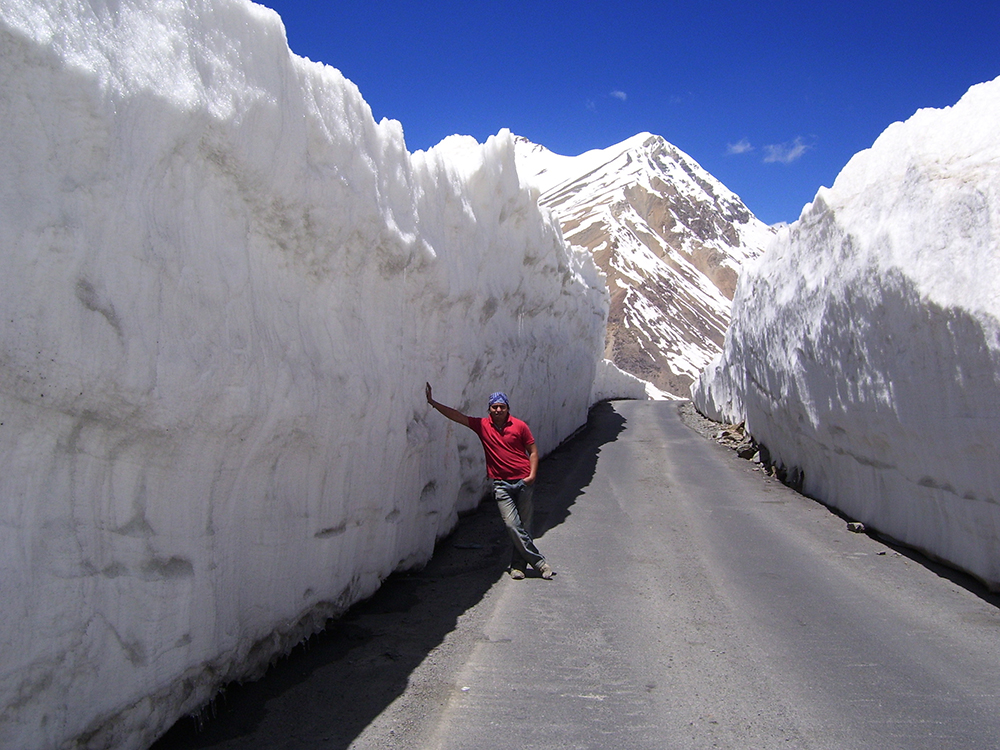 Because of the cold and the fact that the tourist season is towards its close in November, all the dhabas and chadar tents at various places, like after Baralacha La, Sarchu, Pang also start to wind up. Your accommodation options will get severely limited and because of this, you will also get overcharged.

As a matter of fact, there is also a chance that you may not find a place to stay at all because it was already full.

If you have your own tent or can arrange for one, my advice would be that you do not carry it. Because then you will also need to carry enough warm clothes and good quality. Hassle? I know. Manali Leh Highway in October is not a place that is suitable for self-camping in Ladakh.

The threat of black ice is real and a very big one in fact. What is black ice? It is a thin sheet of snow that forms over the surface overnight due to freezing temperatures. It is very thin and practically invisible. You would not know there was ice on the road until you hit it and by then, it would probably be too late.

The best way to deal with the ice is not to start too early. Wait until the sun is up and then start your journey for the day. This will help the ice to melt before you hit the road.

If, however, it was cloudy with no sun, or you had to start early, I will recommend going very slow. Applying brakes on black ice will not help and will only result in a fall. Rather, just keep going slowly and carefully until you are clear of the stretch. 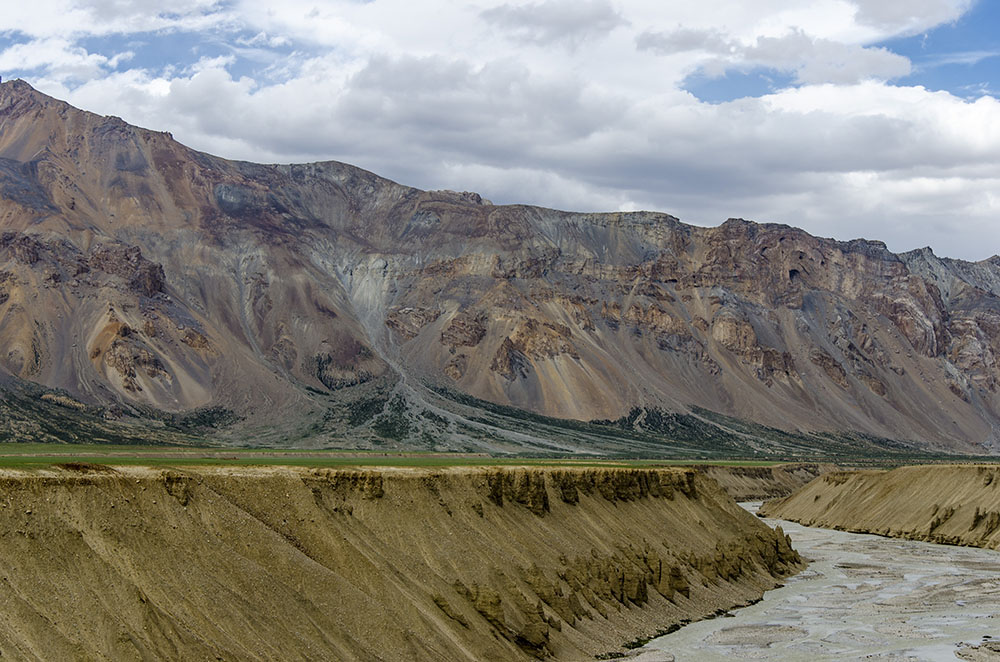 I usually advise people to reach Ladakh via Srinagar and return from the Manali side. This helps with better acclimatization and fewer chances of suffering from altitude sickness in Ladakh.

In October however, I will strongly recommend that you cover the Manali Leh route first. You should plan your journey in a way that you are crossing this road before the 10th of the Month and then return from the Srinagar side.

My recommendation would be that on day 1, break your journey at either Keylong or Darcha. There are hotels at both these places that you will find operational in early October as well. On the next day, start as early as you can with a mindset that you have to reach Leh the same day.

That way, if you are able to find accommodation at either Sarchu or Pang or Bharatpur maybe, you can break the journey. But in case you are not able to, then you have ample time to reach Leh the same day; rather than being on the road at night with no place to stay. 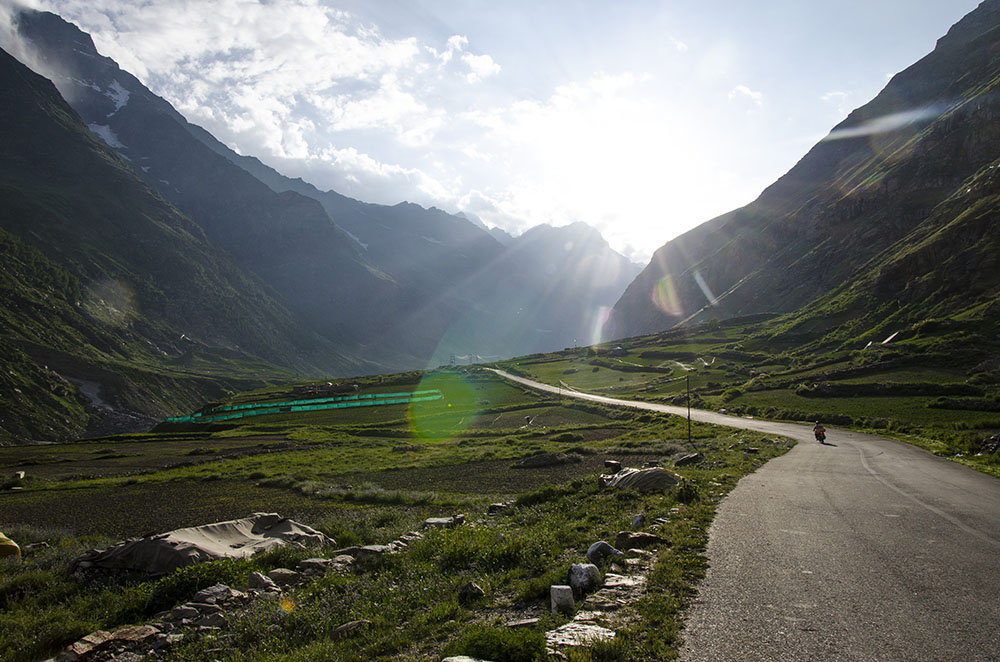 Manali to Leh in October – Conclusion

The only upside of traveling in October will be fewer tourists. It will not be crowded anywhere, either on the route or even in Leh. But in my opinion, it is not really worth taking the risk. I would highly recommend that you take the Srinagar Leh road rather than the Manali Leh highway in October, for both reaching Leh and coming back. If you must however do it, then do it in the first week of October, or maybe until the 10th of the month but no later than that.

I hope this information on Manali to Leh Highway in October was useful. If you have any further questions, please feel free to ask in the comments section below or at our Community Forum, and I will be happy to answer.

Hi, I will be travelling on 10th October ,will i be getting shared taxis or transport as I am going solo.

We are planning to go from manali to ladakh……. Next month is it open to travel by bus….. On 20-21 october

Hey is it good to go in late sept or early oct ??

Late September yes, Early October not so much

we are going on 26 october can we go to jispa?

If Rohtang Pass is open then yes.

Swap to Hindi
We are going to Leh next month, my friends are planning to travel car from October 15 to October 22. I want to know that I stayed in between Leh and Manali. And pls tell me what is the price of tent

You can stay at either Jispa or Sarchu and price of the tent would be around Rs. 1500 per person, meals included. Could be even a bit more. In October, the road may even close and the camp sites will probably not be operational.

Hi Vargis,
I am planning to do a bike trip in october to be precise from 13th oct to 22nd oct, is it possible ? which highway i should opt for ?

Hi Vishu – For mid to end October, please opt for Srinagar Leh highway only. Manali Leh highway is recommended only for first week to 10 days at most in October, not beyond that.

A couple of friends and I are planning to do a road trip leh to manali around first week of October. Would you recommend or is it unsafe at that time?

Hi Arshia – First week of October is fine, just do not delay it any further than that.

Thanks. Are there chances of snowfall or road blockages as such? Any idea on the road conditions? I have heard they are in a good shape in september.

There could be snowfall at Baralacha La in October first week but not that heavy so road should remain open. You are OK traveling as long as it is within first week of the month. By mid of October, there is always a risk of road getting blocked at high altitude passes.

Thanks! So typically what are the day and night temperatures and the “real feel” of temperatures? Also, I have a Triumph Bonneville I’d like to take – just that its ground clearance is a little lower than a bullet (assume same as an Avenger). If it is mostly tarred surface and little slush or rocks, I would like to ride that. What would you recommend? We have a good mechanic with us.

Hi Neelesh – Days will still be moderately warm. There will be cold wind but nothing that some woolens and a thick windproof jacket cannot handle. Nights will be a bit colder, may even get close to zero but in a hotel, wrapped under blankets, you need not worry about it. Bonneville will be good for a ride to Ladakh, specially since you also have a mechanic with you.

Thanks Vargis for this info. A group of my friends are planning a bike trip from October 1-12 this year. Some of them have foreign imported bikes and rest of us have bullets. We have an experienced biker with us (he’s done this 7-8 times) and recommends this period as there are less or no tourists. Please let me know (i) what are typical day temperatures (ii) how is the road condition – is it broken or slushy or is it by now in decent shape and mostly all smooth tar. Thanks

Hello Neelesh – Yes there will be very less tourists during early October. Road will not be all that bad, very less slush actually and less water in streams. Weather at that time will be cold though