A friend of mine recently shared a few recent pictures of Khardung La in October this year after a fresh snowfall that I will post in this article. He happened to be in Leh City when the snowfall occurred. He was scheduled to visit Nubra Valley that day but had to postpone the plan after the road across the pass was blocked for a few hours.

Not too long ago, a trip to Ladakh meant that you visit before September. By October, the place used to shut down mostly. Hotels and campsites would wrap up and leave the region for that particular year.

That however is no longer the case. After the recent boost in tourism in Ladakh, people are planning to be there even in October and November. So if you too were planning to be in Ladakh anytime soon, below is how Khardung La looks right now. 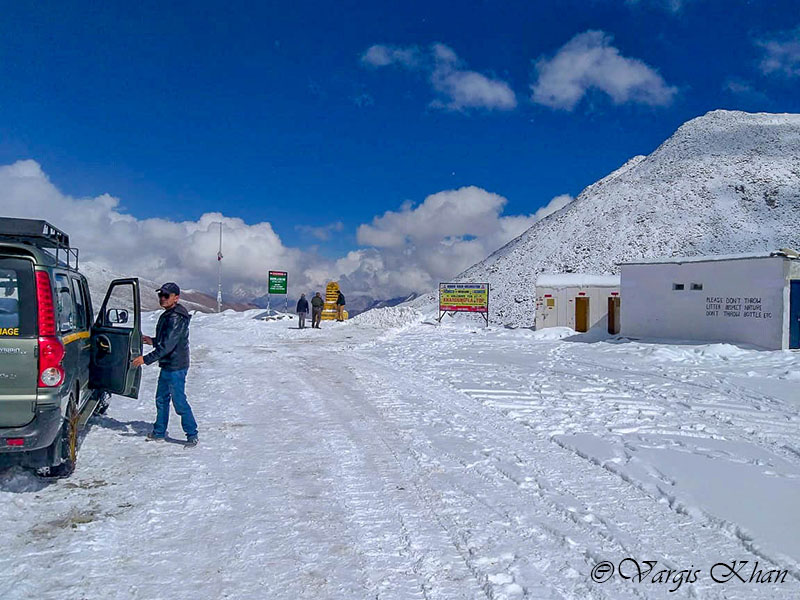 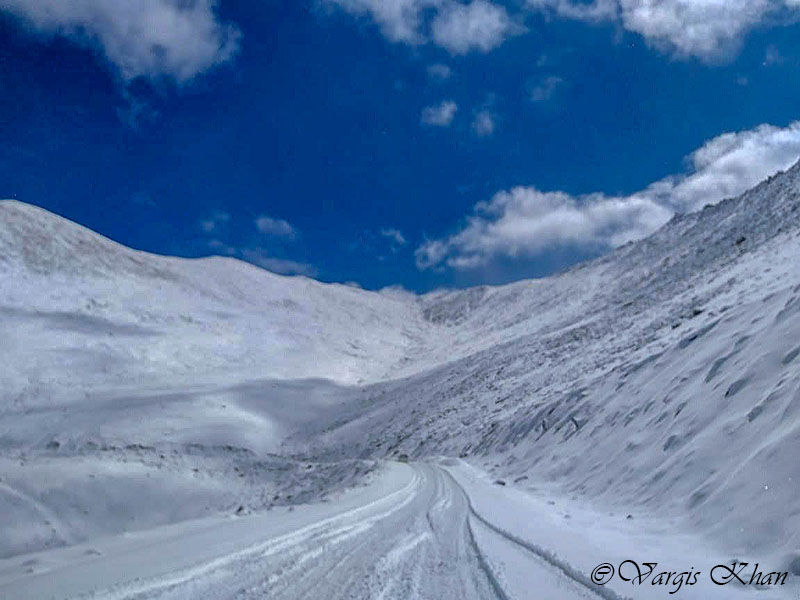 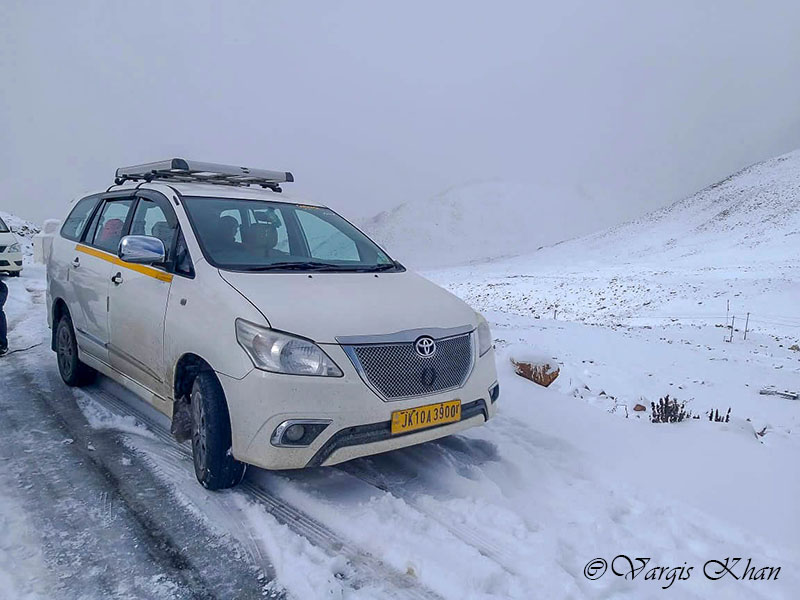 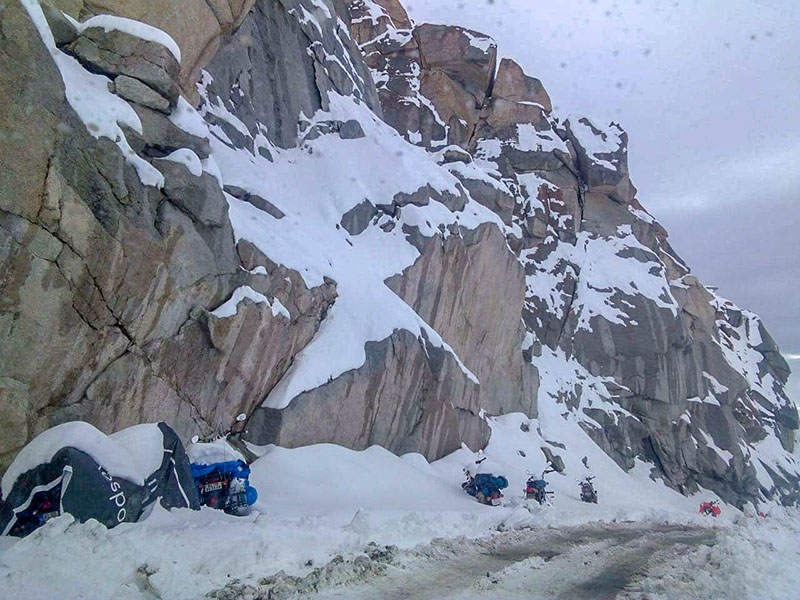 The last picture is not actually Khardung La but is of Chang La. It was actually forwarded to me in a Whatsapp group. I did not click this image and do not claim ownership, but wanted to share it here as a word of caution for everyone planning to ride around in Ladakh in October.

See all the motorcycles in the image? These were all stranded at Chang La top. The weather suddenly turned and it started to snow heavily. It actually went so bad that people actually had to leave their motorcycles stranded and return to Leh city by other means of transport.

The road got buried deep under snow and it was no longer safe to be riding down on a motorcycle.

It usually starts to snow at Khardung La sometime in September. As a matter of fact, by mid or end of September, most of the high altitude passes would have received lights showers of snow.

This year was an extreme case when it suddenly snowed way too much all across the Himalayan region. In lower areas of Ladakh like Leh City and Nubra Valley, chances of snowfall are very rare in October. It is usually by November that it snows in lower areas and snow won’t stick to the ground until December.

If you are planning to be in Ladakh anytime soon, either in October or November, then my strong suggestion would be that you pack up for some very cold weather. The temperature at night may dip further than 0 Degrees, and days too will start to get colder.

Pack woolens, some good quality gloves, cold creams, some basic cold medicines, and a heavy windproof and warm jacket. For some other tips, please take a look at the article, How to Plan a Trip to Ladakh in October.

If you have any other questions or need any further information, please feel free to ask in the comments section below or at our Community Forum, and I will be happy to answer.

hI! can you give some tips for visit in oct. wil there be snow around

i was in Ladakh last year in the first week of october. Reasons:
1. Flight fare from NDLS to Leh 50%.
2. Hotels cheap.
3. Less crowd.
4. Transportation cheap.
5. can enjoy snow in the higher altitudes.
Regards,
Debasish

Hi we are planning to visit Leh during last week of September and planning to extend our trip till first week of October. Is it ok to take my 6 year old kid with me during that time ? How ll be the weather in Khardung la ? Ll there be snow ?

Weather will be very cold in October and yes, there will be snow at passes but not in Leh City. Take a look at the post below.