I had been to India Gate several times before but it was always just for the sake of hanging out with friends and mostly at night. I have had several people tell me India gate presents a good opportunity for photography in the mornings so I decided to pay the place a visit on a Saturday morning. I charged my camera the night before, got the gear ready and went off to sleep however the next morning had me almost cancel my plan. I was hoping to capture some sunrise shots but it drizzled the entire night and the skies were all cloudy in the morning. For a moment I indeed give up on the plan but then decided to go anyways, mostly with the thought that with so much cloud, the skies will indeed look quite dramatic and if luck favors and the sun decides to show, it will be cherry on the top. My thoughts proved right and I was indeed able to capture some beautiful shots, some of which I will share here.

By the time I reached India gate, clouds started to disperse and my hopes started to rise along with the sun. 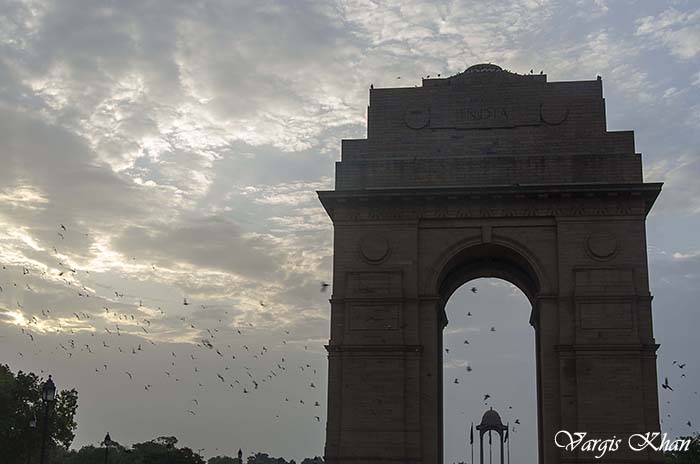 India gate with a little bit of drama in the sky. 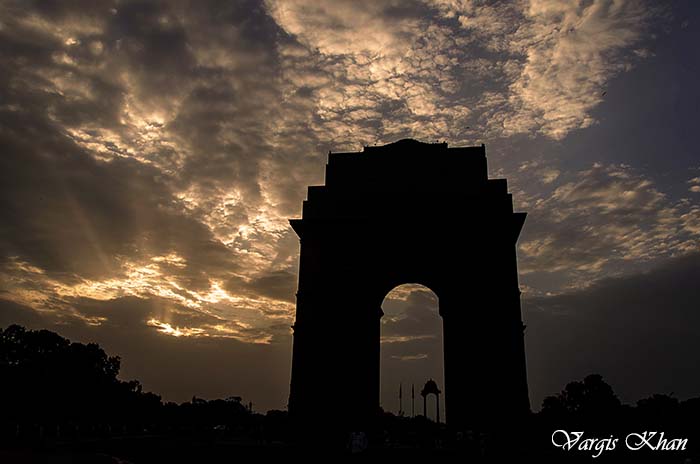 Some pics of the surrounding structures. 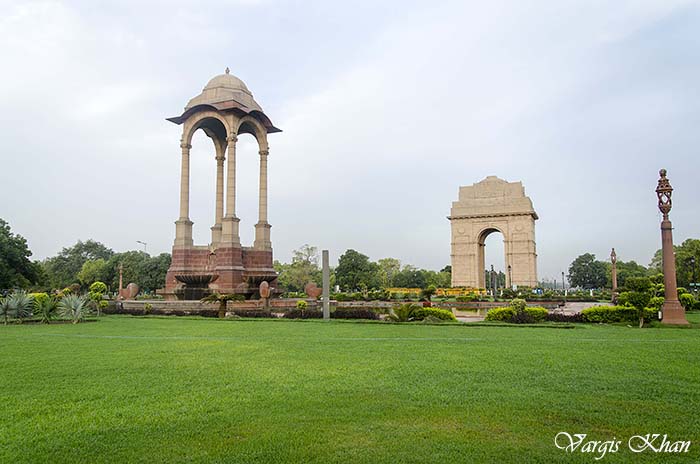 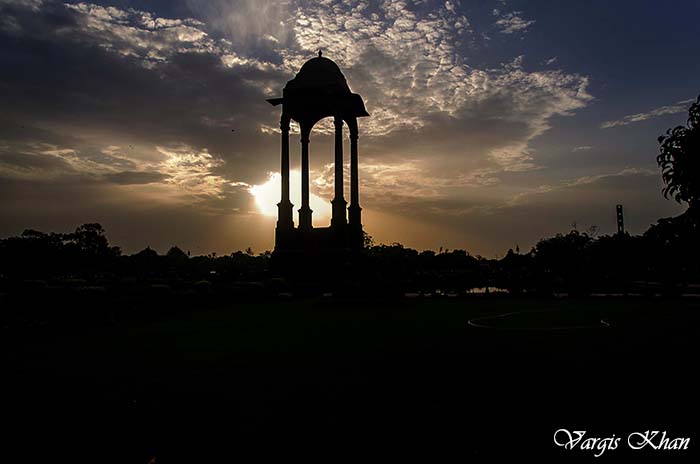 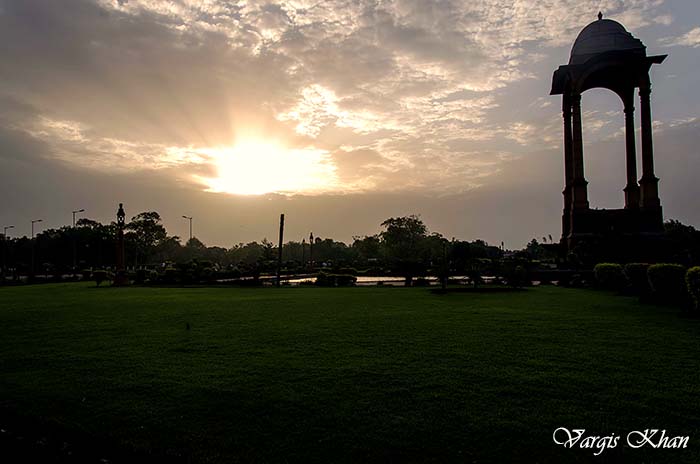 A crow resting on top of a lamp post 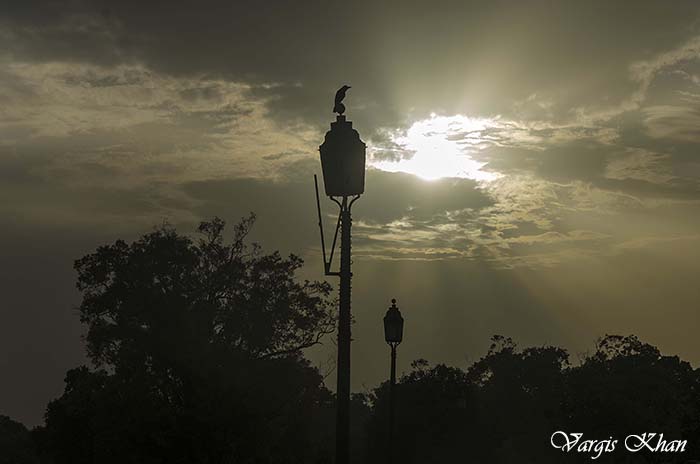 There were a lot of people at India gate and honestly I was a bit surprised with the variety. There were joggers, cyclists, motorcyclists on Harleys, people doing Yoga, photography enthusiasts and lot more of every age group.

I even noticed a few politicians taking a walk with their security guards following closely behind. Guess it is favorite place of a lot of people to take their morning walk.

Captured this pic of a fellow doing Yoga. 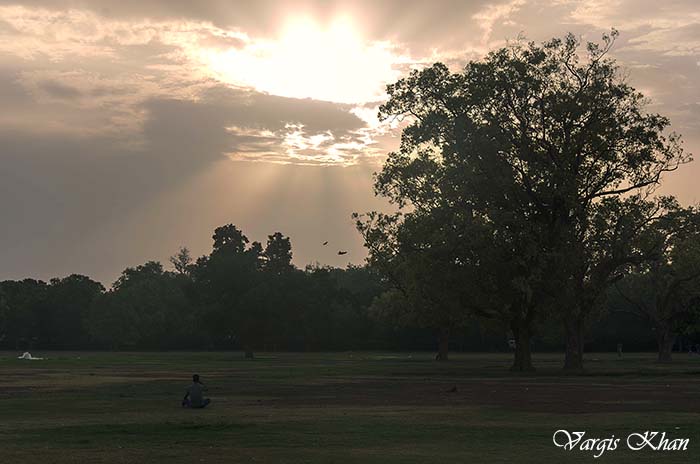 Some flowers in the nearby garden. 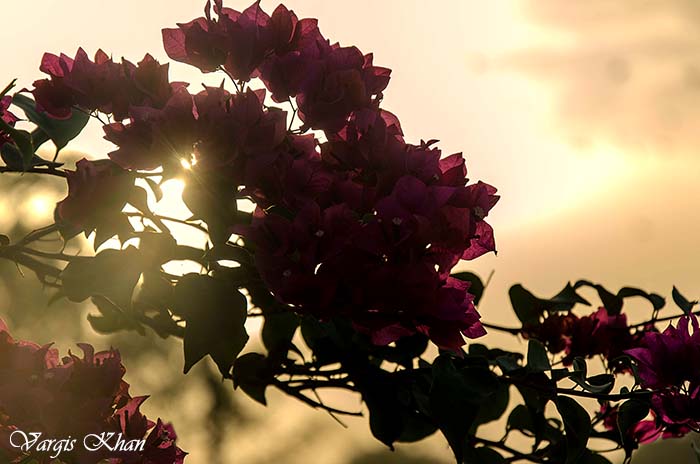 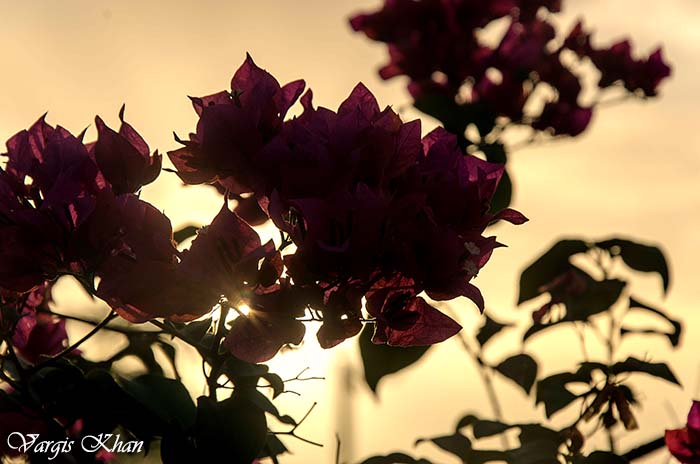 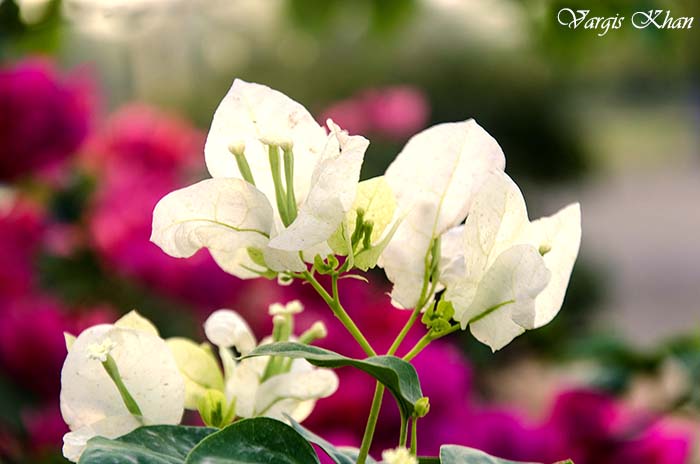 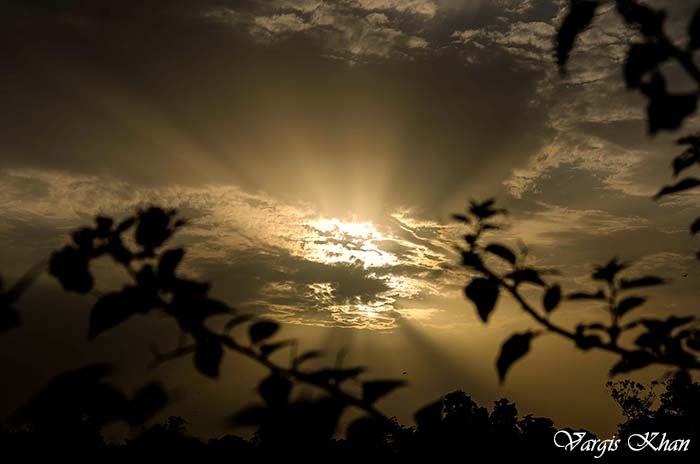 Overall I did manage to get some good enough shots, if not excellent. Anyone living in Delhi with interest in cameras, I must urge you to try morning photography at India gate.