Top Posts
Delhi to Jispa – A Journey to the...
Travelling Solo with a Child – How to...
How to Plan a Bike Trip to Leh...
How to Plan a Ladakh Bike Trip With...
Best Time to Visit Jispa – Weather of...
Jispa Village – How to Plan your Trip...
Road Trip to Zanskar and Ladakh – Exploring...
Kashmir Bike Trip – Bike Ride in Kashmir
Leh to Delhi by Bus via Manali –...
Leh to Nubra Valley to Pangong Lake by...
Reviews

As far as the memory serves, Flipkart has always remained in limelight because of people receiving fake and faulty products and getting duped of their money. There was this one instance during one of their Big Billion sales when someone ordered an iPhone and received a soap in the package. Just do a Google search and you will find several such examples. Unfortunately, it seems that the company has still not learned anything and is still unwilling to put any measures in place.

I have been a Flipkart customer for a few years and have bought several items from them. Nothing major though, just some small day to day commodities and some clothes. Recently, I was surfing their websites when I noticed what looked like a good deal to me. Polo T-Shirts of the Brand United State Polo Association (USPA) were on sale for about Rs. 900 apiece. I have used USPA T-Shirts and it is, in fact, one of my favorite brands when it comes to collared T-Shirts. Knowing the brand, I knew that getting their T-Shirt for Rs. 900 is a good bargain. So I placed an order for three T-Shirts. It was actually the same T-Shirt but in three different colors.

In a couple of days, one of the delivery guys arrived at my doorstep with the order. I opened the package and a surprised awaited me. The first T-Shirt that I opened, a green one, looked OK. The second one, however, black in color, looked a little dull and worn out; but not bad enough to arouse suspicion. The third T-Shirt was a maroon one and the moment I took it out of the package, a strong smell of sweat hit my nose. The entire T-Shirt looked at least 1 month old and was stinking. It seemed like someone was wearing it and then he took it off, wrapped it in the package and sent my way.

I know, I was the one who acted like an idiot here. At this time, I should have checked that all three T-Shirts came from the same seller. But I did not notice that since they were all packed separately. I kept the black and green T-Shirts and returned the maroon one instead. I have a habit that I do not wear any new clothes unless I have washed them. With these two T-Shirts as well, I did not use them for the next few days and waited until I washed them over the weekend and that is when I was hit by the second surprise. See the image below. 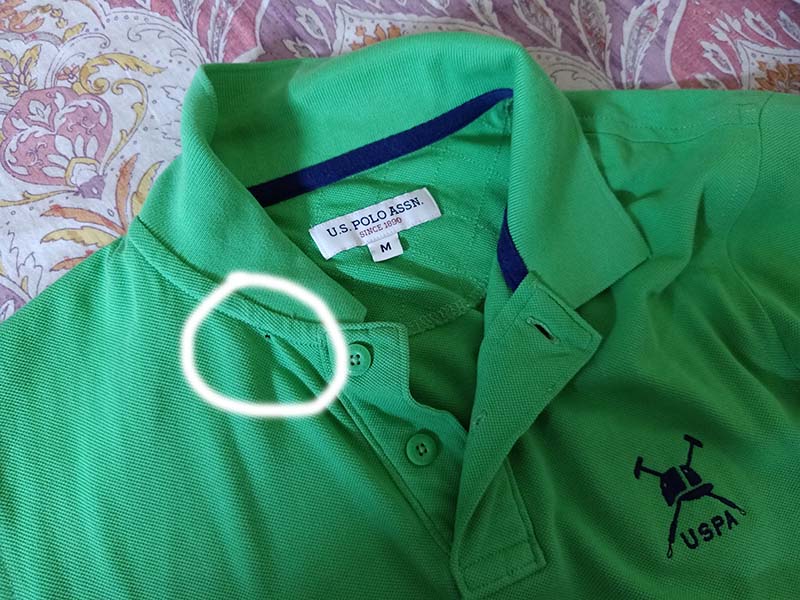 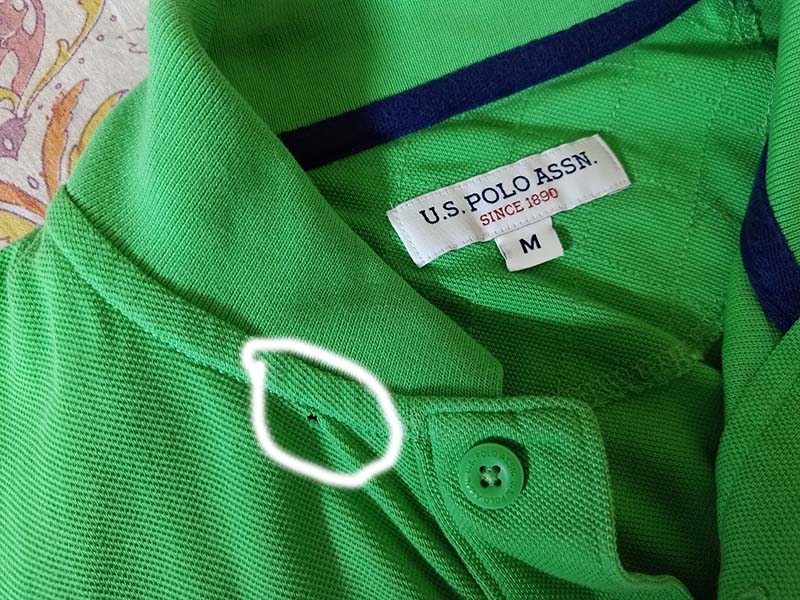 The green T-Shirt has this hole right underneath the color. The black one has a hole in the chest area and the back. I am not sure if it was already there when I opened the package the first time or it appeared after washing it. But here they were nonetheless, a proof that I have been sold fake T-Shirts under the name of the USPA brand. Now since I have removed the tags and washed the clothes, I do not even have the option of returning it. So bye-bye Rs. 1800.

I have bought numerous items from Flipkart in the last couple of years and this purchase really made me question how many times I was sold fake products. So for me, it is also bye-bye Flipkart. The seller name on Flipkart is RetailNet in case you want to check and stay away from them.