I have no idea why they even bothered making or releasing this movie? Or what was the director even thinking exactly? Or did the makers even saw this crap before deciding to torture the world with it? Clearly, Bulbul is another one in the long line of disasters that Netflix has been producing for Indian audiences. I will save you some time and summarize this review by saying that this movie has no head or tail to it and you should give this one a skip.

Do not believe the positive reviews you will read about it. I somewhere read that this movie is a masterpiece and a perfect example of intelligent writing for an intelligent audience. To that reviewer, I want to ask, How much did you get paid? This movie is dumb at every level. There is supposed to be a feminist message to it but being a woman myself, I saw none. All that there was a stupid background story of how a woman turned into a serial killer, nothing else. 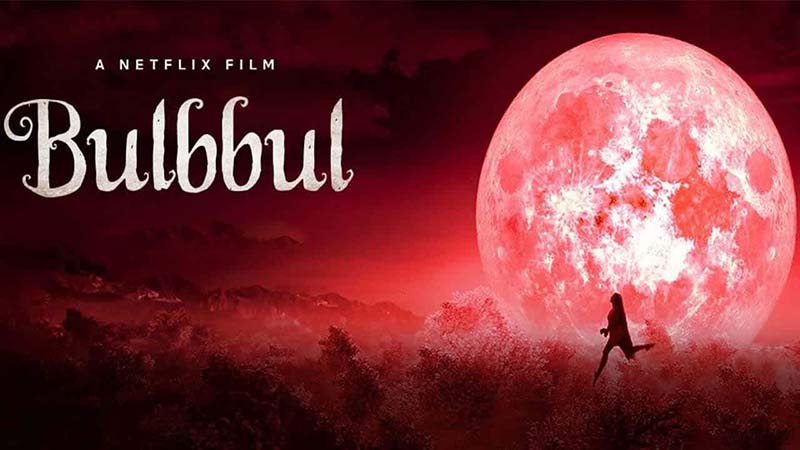 For a brief overview, Bulbul is a Hindi language horror thriller film produced for Netflix. It was made available for online streaming in June 2020 and mostly received a mix of reviews. The film stars Rahul Bose, Tripti Dimri, Paoli Dam, Parambrata Chattopadhyay, and Avinash Tiwary in lead roles.

The entire movie is set in the Pre-Independence Bengal of 1881 and tells the story of how women of those times were exploited. It touches upon the issue of child brides and domestic violence that women at that time had to endure and still do in a lot of places.

The concept and the premise of the movie sound great but I think there could have been a better way to present it. This movie is a shining example of a great idea that gets executed poorly and in bad taste. The movie opens with Rahul Bose, a prominent Thakur in his 40s marrying a child of 11 years for no rhyme or reason. This was the first part that was hard to digest. He has no other wife, no other woman he is involved with, and absolutely no reason to marry a child old enough to be his daughter.

What a twisted mess. It is hard to believe that a woman came up with this story. She needs to get her head checked because she herself is sick in her mind and is probably getting her kicks but telling such disgusting stories.

Let us take a look at how the final movie Bulbul came out to be. First of all, there is absolutely no chemistry between the actors whatsoever. The acting was just average. Rahul Bose has one wooden expression throughout the movie and never changes it. Tripti Dimri really needs to find another profession or attend some acting classes. She has a natural conniving look on her face and that is the only thing that works in her favor. Paoli Dam and Parambrata Chattopadhyay did justice to their roles and Avinash Tiwary was just about ok.

The cinematography and graphics were pathetic. I really do not understand the director’s fascination with red color. The entire movie is red, red, and red. I mean when was the last time you saw red smoke hovering over a jungle for no reason? The entire movie is in dark red. There is supposed to be a surprise ending but you will saw the big reveal coming from miles away. The movie literally crawls throughout its runtime and feels dragged.

The concept of Chudail seems forced. A woman gets her feet broken so badly that her ankles rotate 360 degrees and she has no problem walking and jumping trees? The idea of climbing trees and broken feet feels like it was brought in just to relate it to a chudail.

Storytelling was way too slow. The movie just refuses to infuse curiosity or excitement. It is neither scary nor a thriller. The background score was nothing worthy of note. The direction was extremely poor.

Oh, and yes, the dialogues they used for Lord Krishna and Radha in the movie are sure to hurt Hindu sentiments.

Bulbul looks like a silly excuse to promote the director’s feminist agenda. Or maybe she used the feminist agenda to promote a poorly made film, I do not know. In the end, it is total trash that you will just end up wasting your time with. Give this one a skip and watch something better.