Top Posts
Narkanda to Delhi – The Journey Back Home
Snowfall in Narkanda – A Pleasant Surprise
Narkanda to Hatu Peak – The Road so...
Delhi to Narkanda – A Journey to Remember
Delhi to Jispa – A Journey to the...
Travelling Solo with a Child – How to...
How to Plan a Bike Trip to Leh...
How to Plan a Ladakh Bike Trip With...
Best Time to Visit Jispa – Weather of...
Jispa Village – How to Plan your Trip...
PhotographyReviews

It was the November of 2012 and we were on our way to visit the Tirthan Valley. Initial plan was to break the journey at Narkanda the first day but since I have been there before several times, we decided to stay to Chail instead. An old friend advised me to visit Kali ka Tibba in Chail and view the sunset. Kali ka Tibba is a Kali Mata temple located a couple of kilometers on a hilltop on the outskirts of Chail. Initially I thought of it as another sunset point which is very common and exists in almost every popular hill station but what I saw there is something neither I can describe in words nor could my camera could do justice to. In short, it was the best sunset I have ever seen in my life. For a moment, it was even hard to believe that what we were looking was real. It looked like as if a volcano had erupted at the horizon spreading the Lava all over the sky. Definitely deserves a visit specially if you have interest in photography. 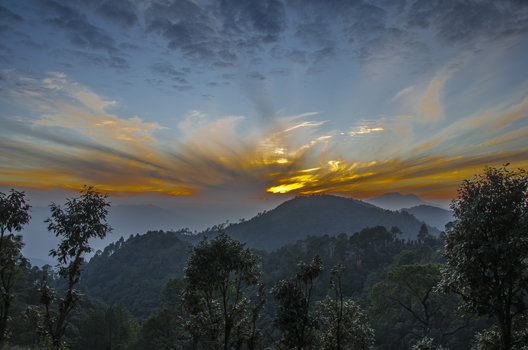 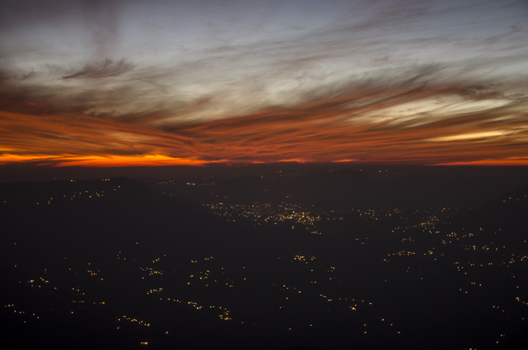 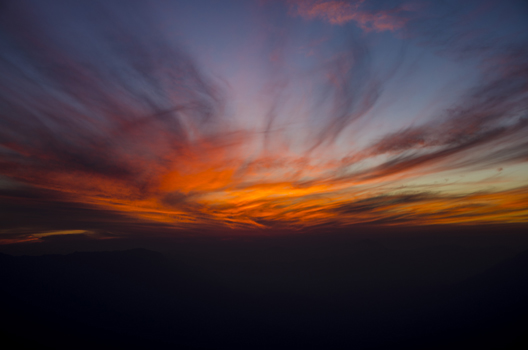 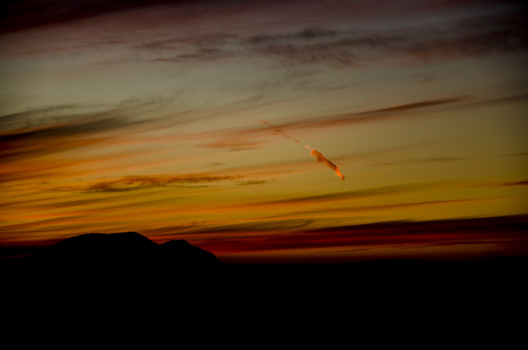 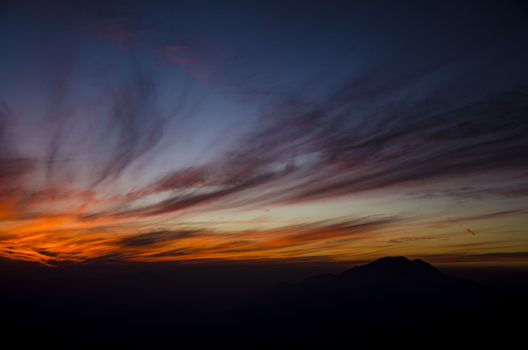