The once popular town of Shimla is now no longer a tourist destination but an overcrowded residential city. Though some tourists still visit this small city, more and more people are now passing through to less crowded destinations. Same kind of effect can also be seen in Mussoorie. Even though its popularity has not yet taken a hit as severe as Shimla’s, people have now started to avoid going to Mussoorie and because of this, several small villages in Uttarakhand that were once unknown now have a large number of tourists visiting each year. There are villages in both Uttarakhand and Himachal where the number of hotels is almost equal to the number of houses. One such small village is of Dhanaulti.

Dhanaulti is located around 25 kms from Mussoorie towards Chamba and until a few years ago, not many people would have heard of it. It was more of just a small group of houses that people would pass through. The first time I visited Dhanaulti, there were only two hotels there but now, there is an entire series of hotels fitting in all budgets. Yet the charm of this place is still its oldest and still functional hotel, The Apple Orchard. 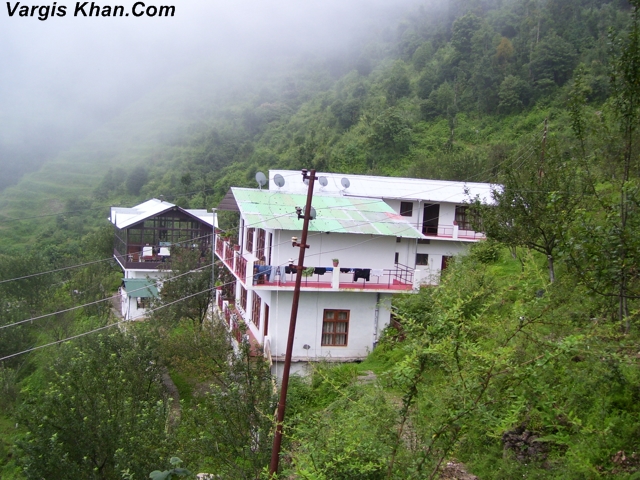 This hotel is located on the outskirts of Dhanaulti, around 2 kilometers towards Mussoorie. The popular name is because it used to be an Apple Orchard here which was later converted into a hotel. Orchard is now almost gone but yet this Hotel is located amidst thick forest, in complete silence and with a stunning view.

Upside : Its location is its primary attraction. It is built on a hill slope and presents a stunning view of the valley with complete silence all around. The only sound you hear is of birds, wind and a small water stream flowing nearby. A perfect place for a group of friends to sit down around a bonfire and enjoy the beauty of Uttarakhand and also a perfect romantic getaway for couples. It is a two story hotel with large spacious rooms that are beautifully built. Dining hall is a large wooden cabin with glass walls. Hotel staff is quite friendly and attends to its guests immediately when called upon. There are several apple trees in the compound and if you want to pick an apple, you are certainly allowed to do so. There are not many guests here which I think is also an upside. Each time I stayed here, our group were always the only guests and it sounded perfect because getting away from people and spending some time in solitude was what we had on our minds. 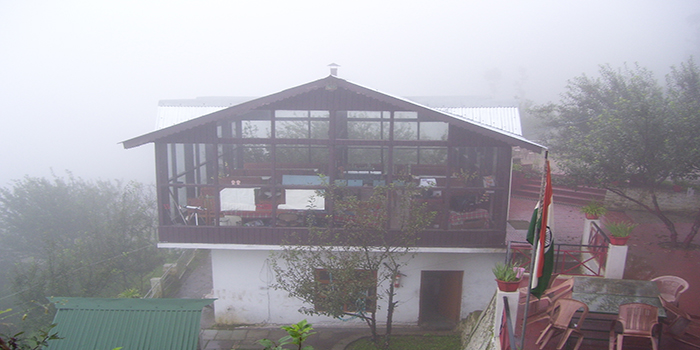 Downside : The only downside to this hotel is the food. I had seen three different cooks in the hotel but the taste and quality never improved. I wouldn’t really call it horrible but during our last few stays, we ended up cooking our own meals in the hotel kitchen which was only possible because we were the only guests. If there are more people staying there, you will have no choice but to eat whatever their cook made. The hotel is around 2 kilometers from Dhanaulti so if you want to eat at any other restaurant, you will have to either drive or walk to Dhanaulti which you cannot do late in the night. Even the tea was not really that good. Non-vegetarian is not readily available and If you want to eat non-veg, you will have to let them know in the afternoon so that the arrangements can be made to serve non-veg in dinner. Another downside is their charges. It is not really a luxury hotel but charges almost the same which I think is why not many people prefer to stay in this hotel.

If you do not mind the food and the charges, it is a perfect setting to spend some time away in silence and solitude. If you are a little particular about food and the charges of Apple Orchid do not fit your budget, you are better off looking for other options in Dhanaulti which are available in plenty.

JKTDC Yusmarg Resort – Where to Stay in...