How to quit smoking – Tried and Tested

I was a smoker for more than 10 years of my life before I finally gave it up for good. The word “chain-smoker” doesn’t even come close to describing my smoking habits. The sheer number of cigarettes I used to consume in a day was enough to send anyone in a state of shock, including myself. Then came a day when I and my father had to climb 10 floors because the damn lift in the building was not working. When I saw my father climb the stairs without slightest of difficulty while I panted like a dog, I realized that it was time to say goodbye to my smoking habit for once and all. 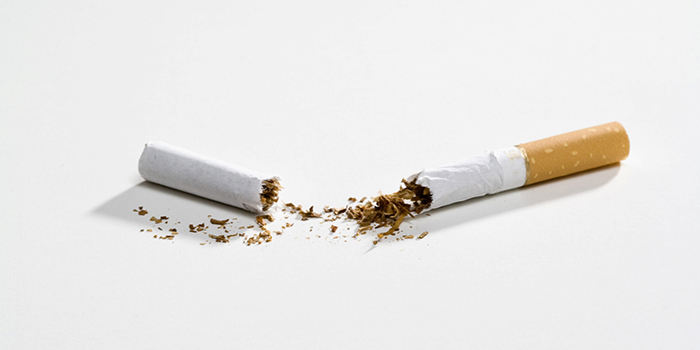 How to quit smoking

During these 10 years, I quit smoking twice. Don’t get me wrong, like others even I made the resolution to quit smoking a million times but that resolution either just remained a resolution or did not last more than a few days at most. The first time when I managed to quit successfully was when I did not smoke for more than one year. Unfortunately I fell for the habit again during a road trip and started to smoke after staying away from it for so long. My second innings at smoking was even worse than the first one because I was burning up close to 40 cigarettes a day. It was almost like I was trying to make up for that one year when I did not smoke. A second wake-up call came and again I quit smoking but this time, it was for real, for forever. This time I know I will never smoke again.

People who know me and have seen me smoke like a chimney often get surprised that how I ever managed to quit, not just once but twice. Smokers who want to quit ask me for tips that they can use. So for everyone’s benefit, here is how I managed to give up smoking.

Couple of things before I get into the details. This plan can only be applicable to people living in India or neighboring countries. Why? Well read on and you will know. Second thing is that even this plan will not work if you are just thinking to quit. To give up smoking you really need to make up your mind and have a solid commitment to yourself. You really need to decide and tell yourself that you are really going to say goodbye to cigarettes this time. If you haven’t done that yet, no matter what you read or do, you won’t be able to quit because just a thought doesn’t help. Every smoker in the world has the thought that he should and must quit but how many actually do?

Ever wondered why people smoke and why this habit is so addictive and hard to give up? Now we all know that Tobacco contains nicotine which is addictive but the reason it is so is because human brain works on nicotine. Our brain produces nicotine on its own and then uses it to function properly. When you start to smoke, you are providing nicotine to your brain from an external source. Our body senses it and hence, because the supply is coming from outside, the brain stops producing nicotine and gets relied on the external source. This is the reason why people get the urge to smoke after ever hour or so because it is their brain telling them that it needs the regular dose of nicotine to keep functioning. Once we started to smoke, our brain stops to produce nicotine but still needs it like we need food. This is why regular smokers start to get cranky and get headaches if they do not keep smoking at regular intervals.

Now another question arises that there are so many other options available in the market like nicotine patches and gums so why cigarettes? This is because it is the quickest way to send the supply of nicotine to your brain. Upon inhaling the smoke, nicotine reaches the brain within a few seconds whereas it can take several minutes with patches and gums. This is why people keep going back to cigarettes instead of using a nicotine gum. Once you stop smoking for several weeks, your brain senses that it isn’t getting the nicotine from another source anymore so it again starts to produce on its own.

Coming back to how to give up smoking. Well the answer actually lies in one single word “Bidi”. Ok, I know this sounds really crazy but stay with me for a minute and let me explain how I used Bidi to quit smoking. 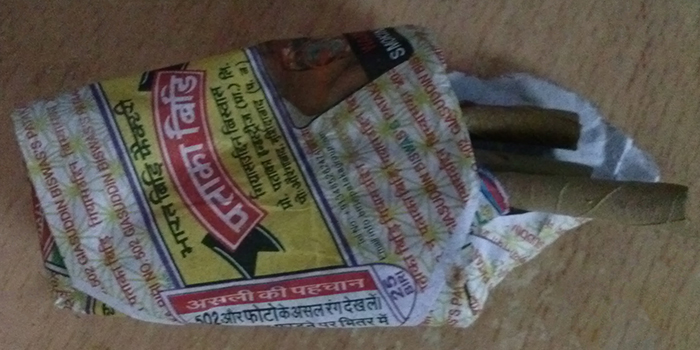 How to quit smoking – The Bidi way

Cigarette is a complete disaster in many ways. First of all, it causes more harm than a Bidi, secondly it costs a lot more than Bidi and finally, it’s harder to quit than Bidi. So the first stage of the plan is to quit cigarettes, not smoking but just cigarettes and in order to do that you will have to make a switch. Start smoking Bidi in place of a cigarette whenever you have the urge to smoke. The first benefit of this is the embarrassment that most people will feel by the very thought of smoking a Bidi in public or in front of their friends. The answer is simple, do not do it. Restrict your Bidi smoking only within the premises of your home. Whenever you are out, don’t smoke and hold the urge till you get back home. This will give you a jump start with resisting the desire to smoke. Even though it will be just for a few hours, you will at least get into this habit of not smoking whenever you felt the urge. Take a couple of weeks, or maybe a month if you want to but remove the word cigarette completely from your dictionary and replace it with Bidi. Ironically, once you have acquired the taste of a Bidi, it will be the only thing you would want to smoke. Cigarettes will no longer please you and would feel very light, chances are that you will light a cigarette and will end up throwing it away, looking for a Bidi.

Once you have been smoking Bidi for a few weeks and no longer desire a cigarette, then is the time to start reducing the amount of Bidis that you smoke. Now you have already been holding yourself back outdoors so the only fight is within the walls of your house and in order to win it, you will have to take the gradual approach. Start with a 10 week plan. For the first week, smoke 10 Bidis in a day. Then in the 2nd week, reduce one and smoke only nine. Reduce even one more in the third week and then continue the same way for the rest of the weeks, cutting down one Bidi each week. Chances are that you won’t even continue it for a full 10 week and would give up smoking completely a couple of weeks in advance.

I know this is an unusual approach but hey, anything is worth a shot when it comes to getting rid of that urge to smoke. I know this doesn’t give an answer to people who are already smoking Bidis for a long time but for cigarette smokers who can’t go cold turkey; this is the best way to give up. The reason why I mentioned “tried and tested” in article heading is because I have tested this method successfully on myself twice and on a few cousins of mine as well. Supplement this plan with Nicotine gums. Whenever you are out with friends or work and want to smoke, chew on a nicotine gum. It will take the edge off and will help you till you get back home and can smoke a Bidi. However the most important thing for this to work is that you really need a determination, a final decision that you are going to quit.

Give it a shot. Even if it doesn’t work for you, at worse you will end up smoking Bidis and saving money that you would else have spent on cigarettes.

Fantastic advice, no body thought of. Thanks, I’ll try same.

Thanks Brother. Let me know if it worked for you.