Milky Way As seen from Pang

Coming back from Leh, we were staying for the night at Pang. All of us were pretty tired after a bumpy ride from Karzok. While the rest of the group was comfortably cuddled in their bed, I spent over half an hour out in the cold and after multiple attempts and several cups of tea, finally got this shot right. I forgot my Tripod back home so the biggest problem was where to put the camera because it was going to be a long exposure shot so I could not hand hold it. Finally after putting my camera down almost everywhere, I got my bag out of the tent, put it on the motorcycle and fixed my camera on it, supporting it with god knows what all. Second problem was the passing trucks. Their headlights would shine on the hills nearby and the motion would ruin the picture. After several shots, finally I managed to get these 2 right. 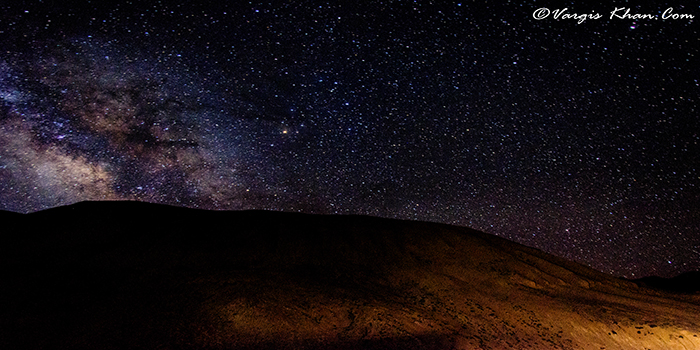