Kunzum Pass in May – The Frozen Road

I just received these few pictures from a friend who visited Kunzum Pass and Chandratal last week. The motorable road between Manali and Kaza is closed right now but the pass was approachable till the top from Kaza side. Snow is usually cleared from Kunzum Pass in May and the entire stretch is declared open for vehicular traffic by end of the month. In fact, last year I completed the Spiti circuit and was back home in Delhi on May 31. This year, however, due to heavy snowfall all across the Himalayan region, the opening of the roads and passes is delayed almost everywhere in Ladakh and Spiti. Even this friend of mine drove from Kaza side to Kunzum top and then had to trek to Chandratal from there. The road from Kunzum top too is completely blocked still with snow clearing work ongoing. 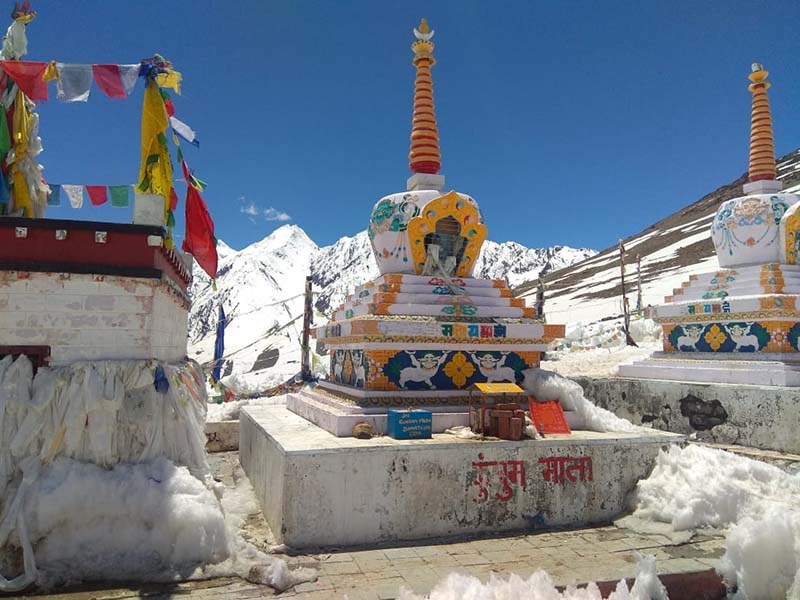 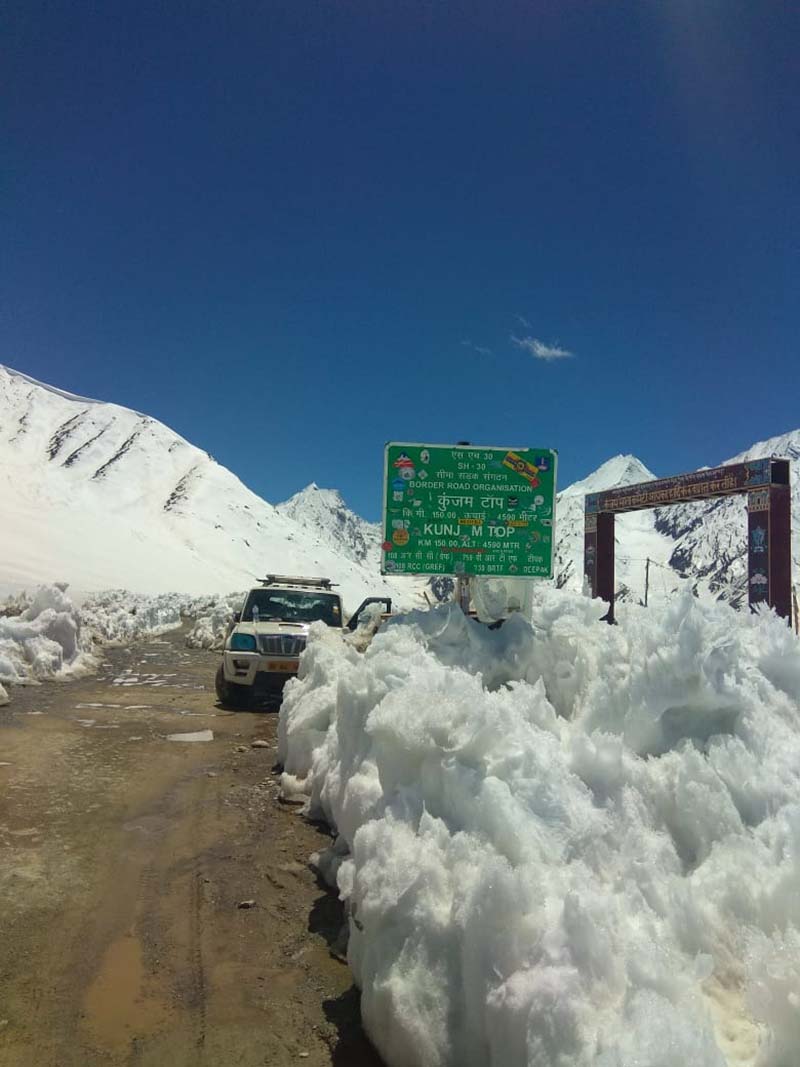 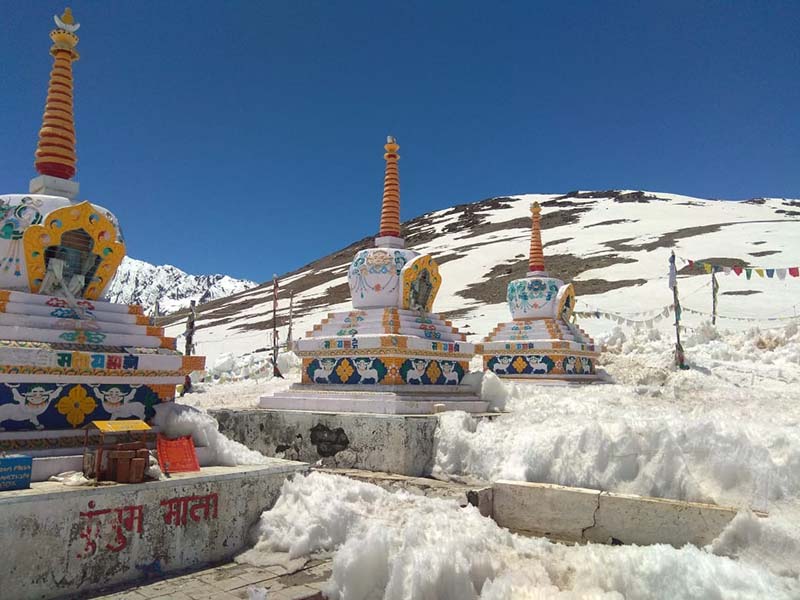 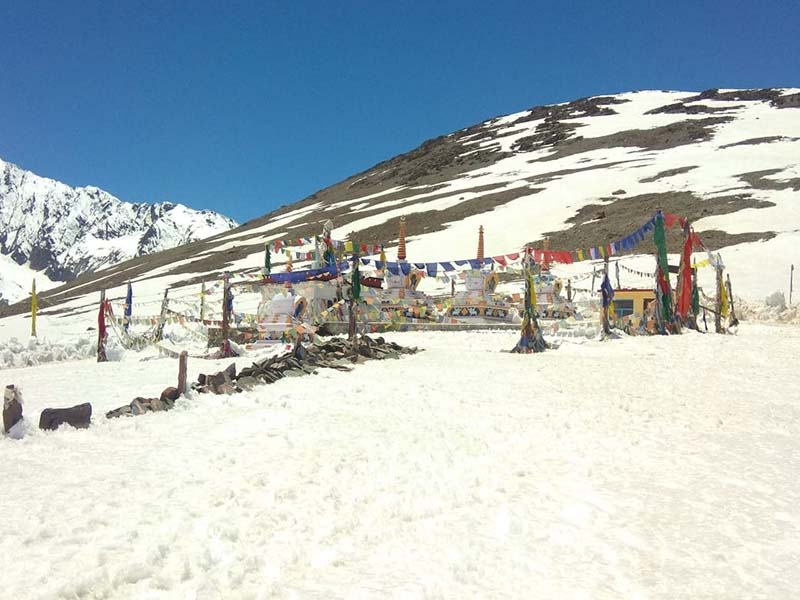 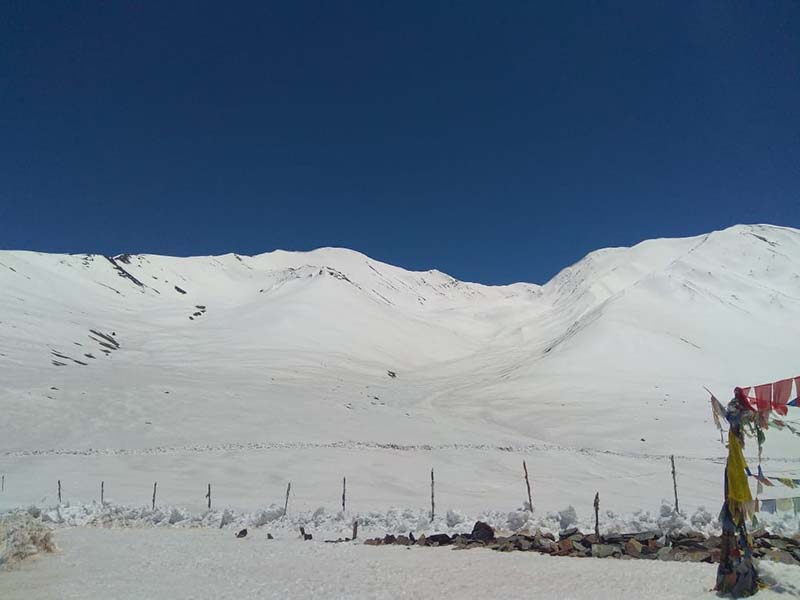 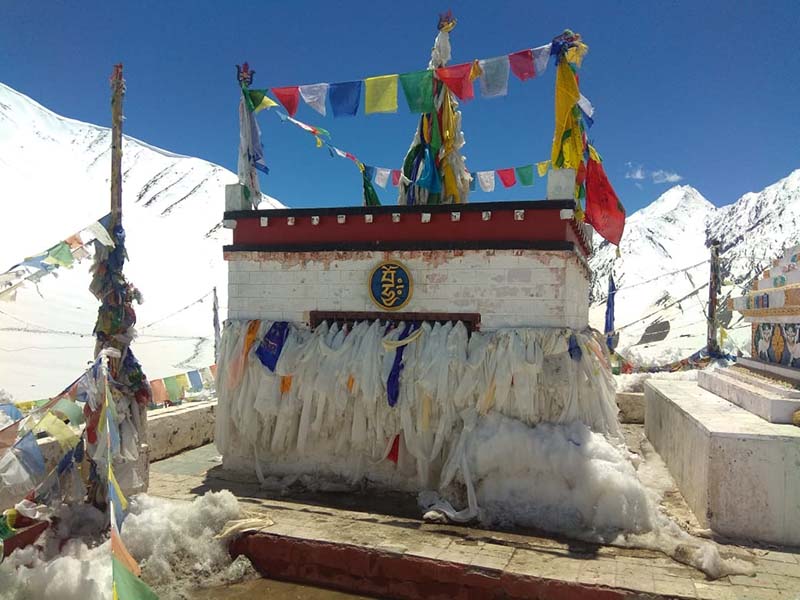 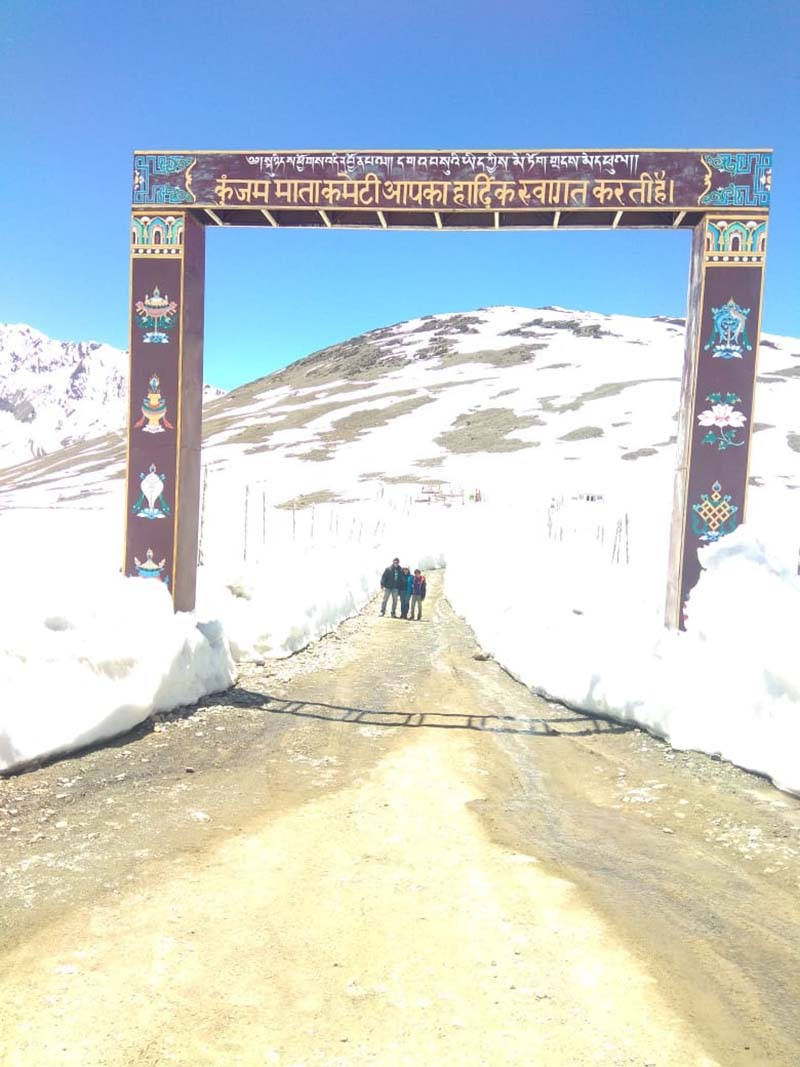 Kunzum Pass in May

Kunzum La is among those passes that are usually among the last ones to open and the first ones to close. Snow clearing work here begins sometime towards early April and is finished towards the end of May. The pass then remains accessible for 5 months approximately before it starts to snow again towards Mid October. Due to this very fact, the road between Kaza to Manali remains closed for a major portion of the year. A plan to create tunnel is on papers right now but it will probably be decades before it is completed. Until then, the option of traveling from Kaza to Manali via Kunzum Pass will remain open only from June till September.

With that being said, Kunzum is an absolute beauty in itself. Standing at an altitude of 4,590 meters, it always remains covered in snow. Even during the summer season, there is some snow left at the top of the pass.  The surrounding vistas are amazingly beautiful and the road leading to it is a favorite among bikes and adventure seekers. A trip to Spiti valley actually is incomplete in many ways until you have stood at the top of Kunzum La, walked on the banks of Chandratal and experienced the adventure that Manali Kaza road is.

If you are planning to visit Spiti; and would like to add Kunzum Pass in your itinerary; then it would be best to plan towards the end of the month. You will not be able to cross Kunzum Pass in May; if you planned in the initial part of the month. If you have any questions related to visiting Kunzum Pass in the month of May; or need any other details; please feel free to ask in the comments section below; or at our Community Forum; and I will be glad to answer.

We are planning to ride bike through the spiti circuit in end of may 2021. Can we able to complete our trip on that time? Thanks …