A few days ago, I opened my Google AdSense dashboard and almost had a heart attack. While everything looked OK and usual, it was showing a negative balance under finalized earnings tab. Though the balance was not that great as I had just started using AdSense a month ago, it was still some money that I earned through my website. I had been reading and thinking about how to make this amount grow and the negative finalized earnings made me feel that maybe it is not going to work at all.

Now I clearly remembered that this balance was in positive the day before. So what happened in a day? I had been complying with all the AdSense polices so why take all the money away suddenly? Curious, I started to click around and check the payments tab. Surprisingly, everything look normal there and the balance was in positive. 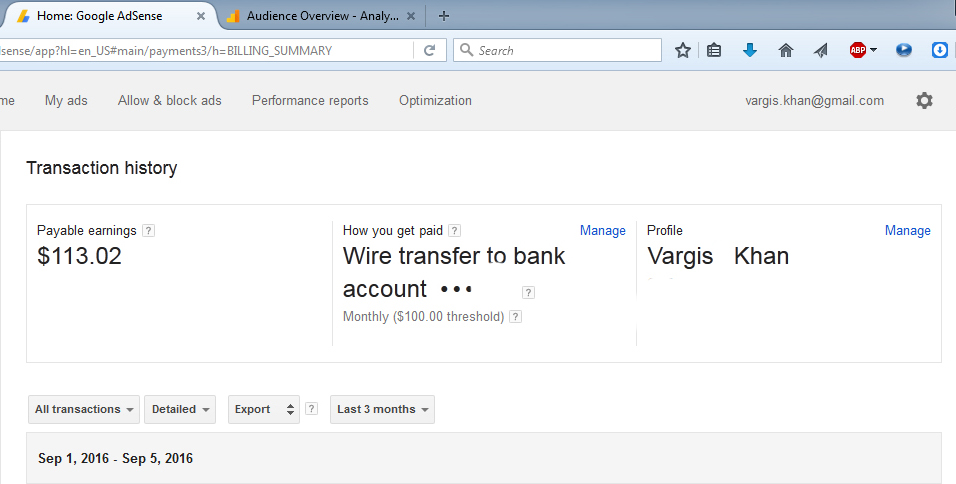 This kind of baffled me completely. I opened the support forums, Googled around and looked for more information regarding this. What I read was a bit of mixed opinions that failed to provide an answer about what actually was happening. I decided to email Google about this and sent them screenshots, hoping for a conclusive response which of course did not arrive that day.

Next day, I opened the dashboard again and Voila, the balance was again in debit. A couple of days later, an email from Google too arrived and as it turned out, this was one of the most common glitches with Google AdSense dashboard that has been effecting a lot of publishers. I googled again and found several posts related to this problem with the same answer. Sometimes, the balance in finalized earnings would turn negative on its own and return to normal the next day. Seems this has been going on for a while without Google fixing it still. Why this happens is something that only Google can tell.

So if you are someone like me and one fine day your dashboard showed negative finalized earnings all of a sudden for no reason, do not worry. It is just a glitch. Give it a day and it will be corrected. If however it remains negative for several days, then there is something seriously wrong and you will have to contact Google about it.

Media.Net Review – Is it worth trying at...