The Beasts Of Changthang Valley – Ladakh 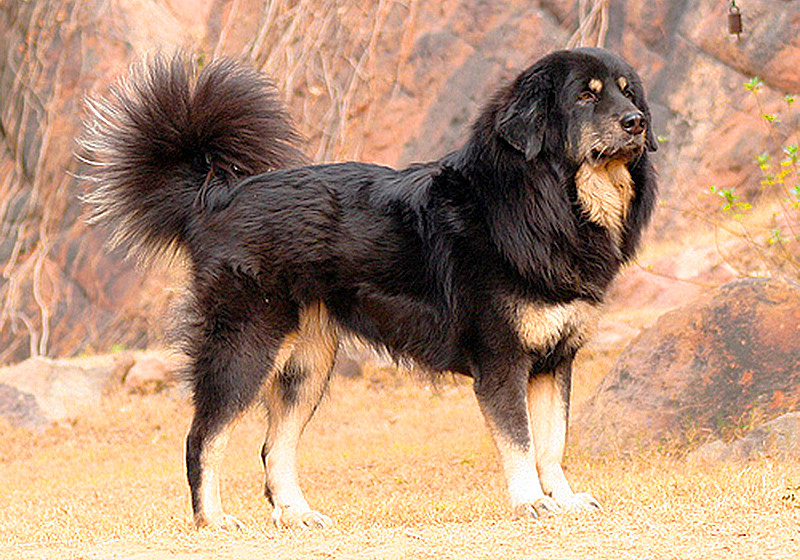 We were on a motorcycle trip to Ladakh and were riding across the Changthang Valley, from Pangong Lake to Hanle. Loma is a small village in the valley where we had to register ourselves at an Indian Army check-post before continuing any further. These are some very remote villages that have started seeing tourists only in recent years.

This entire valley lies right next to the India-China border, a highly sensitive area and there are ITBP and Army check posts at regular intervals to keep a check on tourist movement.

While I was filling out our details in the entry register, one of my friends asked the soldier if we could get some drinking water around here. He asked another soldier to escort my friend to a nearby building that looked like either an Army barrack or canteen.

“Dogs around here are not friendly at all, huh?” I smiled at the soldier while filling out my details in the entry register at the check post.

“Friendly?” He smiled back at me, “These dogs will kill you if they had a chance”

“Why do you think I did not let your friend go alone and had a soldier escort him?”

“Because of the dogs?” I asked the soldier.

“Yes, there are dogs all around here and If they see a stranger around, they will immediately attack”

“No” He laughed, “Attack means an attack to rip the stranger apart”

Moments ago while we were entering the village, I stopped to take a picture of the beautiful valley ahead. My friends were riding ahead of me and I was following them, a little behind. Just when I thought of taking my camera out, I noticed a couple of puppies coming towards me.

Looking at the way they were approaching me, I could tell that I cannot just stand there to pat their heads and immediately accelerated to get away from them. A few meters ahead, I noticed an entire pack of dogs running crazily towards me from a distance. Thankfully, I reached the Army check-post before either of them could get to me.

“Have there been incidents of these dogs killing people?” I said, looking at the soldier in disbelief.

“Well not around here”

“Not here? You mean they have killed someone elsewhere?”

“Yeah, at another check-post not far from here” He replied and started to narrate.

“We are very careful around these dogs. At nights, they are really on the prowl and we take extreme caution while stepping out of our barracks. Even though we feed these dogs with our own hands during the day, we are still scared of them at night”

“A few years ago” He continued, “at a nearby check-post not far from here, an Army subedar got really drunk before he went to sleep. We don’t usually drink alcohol here because of the height and lack of oxygen in this area but some people still do.

At night, the subedar got up and stepped out in the dark for some reason, I think he must be wanting to pee or something. Usually, if we have to step out at night, we stay close to the barrack and keep our gun close.”

The dogs also don’t attack us all of a sudden since they get to recognize our faces” He continued, “But that night, no one knows what happened, whether the subedar tried to shoo a dog away or hit a dog or the dogs didn’t recognize him or whatever but he got attacked. In the morning, the other soldiers found him in pieces, ripped apart and the dogs were eating him.”

“Eating him?” I asked him in disbelief.

“Yeah, The only part of his body that remained intact till morning was the one inside his shoes”

“You mean his feet?”

“He must have screamed or shouted for help. How come no one came out to assist?”

“These dogs aim straight for the throat and that is what must have happened. No one heard a thing. The guard on duty here at check post heard the dogs barking and running around but he couldn’t see that they were attacking a human in the dark”

“How is this even possible? Dogs killing a human and you folks only found out about it in the morning?”

“Trust me, it happened,” He said, “Even the villagers don’t go messing around with the dogs here”

“And you still let these dogs stay?”

“They are not ours really, they belong to the villagers. It’s not even our call to shoo them away, they just stay close to Army check posts for some reason. Some check-posts have as many as 50 dogs”

“Why in the world would you want these beasts around you?” I asked, astonished.

“Because they help us keep watch” He replied with a blank stare.

And so goes the story of the Army Subedar and the scary dogs; the true beasts of the Changthang Valley in Ladakh. I found it hard to believe at that time. I mean dogs eating people? How can that happen?

But it is true and surprisingly not an isolated incident. There have been other dog attacks of similar nature in Ladakh. In an incident, these dogs killed and ate a 9-year-old girl in Spituk village. She was the daughter of some Bihar laborers working in the region.

Another incident was recorded in Saspol village where a mother of two was killed by the dogs. The only thing that the dogs left behind was her skeleton.

These incidents were covered by media and not just some stories passed along. Just do a Google Search and you will read the news. If you heard the same story, please do let me know your thoughts in the comments section below or at our Community Forum.

Dogs are pack and hunting breeds. Its their nature and they are inhabitant of mountains way before people reached there.. Not all dogs were bred by human.. You asking them why soldiers let them stay there was wrong the question should have been why people stay at that place which was home of the dogs.. And also if human can eat whatever they can find, yes why not dogs at least they don’t have the excuse of being able to make their own food like humans..

I am recently back from ladakh and was bitten by a dog at secmor school when i tried to pet him… unfortunately was not warned about the nature of dogs in ladakh… in fact found a shortage of the vaccine with almost 50-60 being used in just a week … this is a serious menace and should be addressed and tourists warned in advance
Has been quiet a harrowing experience for me and consider myself lucky after reading this article.

Thanks for sharing that Stuti. I hope you are OK now. Apart from the incident I shared above, there was another one wen the dogs in Ladakh killed and ate a Bihar laborer girl near Leh City itself. This menace must be dealt with. The ratio of human and dogs in Ladakh is 10:3

Retrospectively looking at it, on the way back from pangong our car was chased by a pack of dogs for almost half a km early in the morning. Was wondering why they did that. Now can relate to it.

Thanks for sharing Sudhakar. Scary those dogs really are.

This story might be true. We were going to Tso Pangong after spending a night at Hanle. Between Loma and Tsaga la almost a similar dog tried to catch our car as fast as he could. Then one of my friends in the car told everyone about the same story. Being a dog lover it was quite unusual for me. This happen exactly a month ago. Hell of a trip it was. Map and several other informations downloaded from this site and named bunch of those papers as ‘research papers’.

these are tibettian mastiff and and very terretorial dogs but eating human flesh is not in their nature. May be dogs were rabid.

Thanks for adding the information Adil Bhai

These stories are for real . And unfortunately many such incidents actually happened . Although we locals ourselves don’t know , why the dog would attack and eat a human . Some believe it’s because of the scarcity of food they might be facing .

Thanks Stanzin. Have there been any other incidents like this?

Following are my comments on my Facebook page. Marshal was a dog, as a pup, I picked up from Thoise

“We used to leave Marshal on first floor whenever our gardner arrived for work. We came to know later that the gardner used to make faces to tease Marshal. Marshal would go wild with barking and tried to jump and attack him. One day Marshal was downstairs when the gardner walked in. Marshal went beresek and attacked the gardner almost ripping off small portion of flesh from his shoulder. Alarmed, we rushed him to a doctor who refused to accept it as a dog bite. In his opinion the gardner was bitten by a wild animal!!!”

Really :/? I had seen similar large sized dogs in Upper Uttarakhand and they were really friendly. Maybe these were not used to humans

That is the point. These dogs are not habitual to seeing a lot of strange and new faces.

This story needs to be told around campfires. imagine rahim chacha with a wheezing cough and a muffler around his neck, walking with a stoop, and a lantern in his hands: telling hid story that he heard from his batheeja who was in the army: telling this story to some wide eyed students at a farm in the nilgiri mountains. only, no one will believe him. trust me, i believe you totally: scary to the bone. and if looks could kill, the dog in the photo has already killed me.

HAHA … LOL Bhai … I was only trying to warn people in advance. There are several other places in Ladakh where you can camp, a lot of people do that but I will strongly advise camping anywhere in Changthang valley. If not the dogs, I think Army too will not allow at all. When are you going to Leh by the way?

what type of watch???

Watch that soldiers keep at night