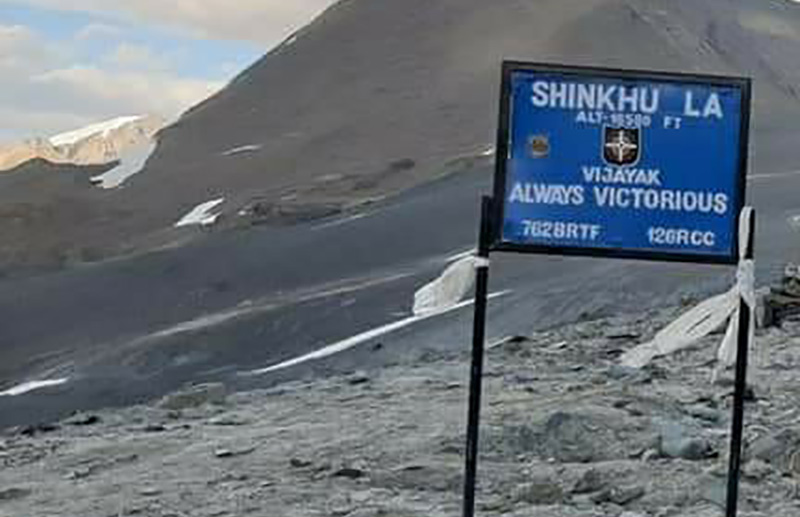 For people who have been to Ladakh numerous times and believe that they have seen it all, there is now a new reason for taking another trip to Ladakh. A road that had been under construction for quite a while and is probably one of the most anticipated in the region has been finally been completed. Yes, I am talking about the Darcha to Shinkula Pass road; also known as Padum to Shinkula road or Jispa to Shinkula Road.

This road is now completed. However, it is still in a bad condition at several places, especially towards the top of the pass. It runs from Darcha to Padum; connecting the two valleys of Lahaul and Zanskar.

Darcha to Shinkula to Padum Road

This road had remained under construction for several years. The only way to reach Padum from Lahaul valley before this was to either travel via Leh which would put the total distance close to 800 km of a road or to trek and walk over the mountains.

There is a high altitude pass on the way known as Shinku La, also as Shingu La or Shingo La at the height of 5,050 meters. It remains covered with snow for most of the year. With the construction of this road, the distance and travel time between the two valleys will cut down by a huge margin.

Apart from the travel enthusiasts, this road is highly critical for both the locals and the military. After the recent Chinese incursions, it had become of utmost importance for the Indian army to connect these areas better so that the movement of troops and supplies can be regular. It would also be a blessing for locals as the movement between the two towns will become significantly easier.

When is Shinkula Pass Open?

The road from Darcha to Shinkula will remain open from June to October. It will remain closed for the rest of the year for civilian traffic. In winters, there will be a high amount of snow at Shinku La top, blocking the route.

There are also talks of creating a tunnel under Shinku La pass. It would open the road for traffic movement in winter as well. After the much anticipated Rohtang tunnel is complete, all these valleys that remain closed in winter as of now will be accessible throughout the year.

The only catch as of now is that the condition of the road is bad. It is badly broken at some places and is missing the tar entirely. The steep climb, dirt trail, and loose rocks make it extremely difficult to reach the top still. For now, you can only travel only if you have a 4×4 SUV or a high-powered bike.

A friend of mine tried in a 2 wheel drive SUV. But he had to turn back without making it to the top. If you have a 4X4 vehicle, you will easily be able to travel directly from Darcha to Padum or vice versa.

The entire route is highly scenic. It runs through some amazing vistas. For now, even the villagers are crossing it on the foot. But when it is accessible for all kinds of traffic, I am sure it will attract a lot of tourism and will support the livelihood of the locals.

Below are some pictures of the route. 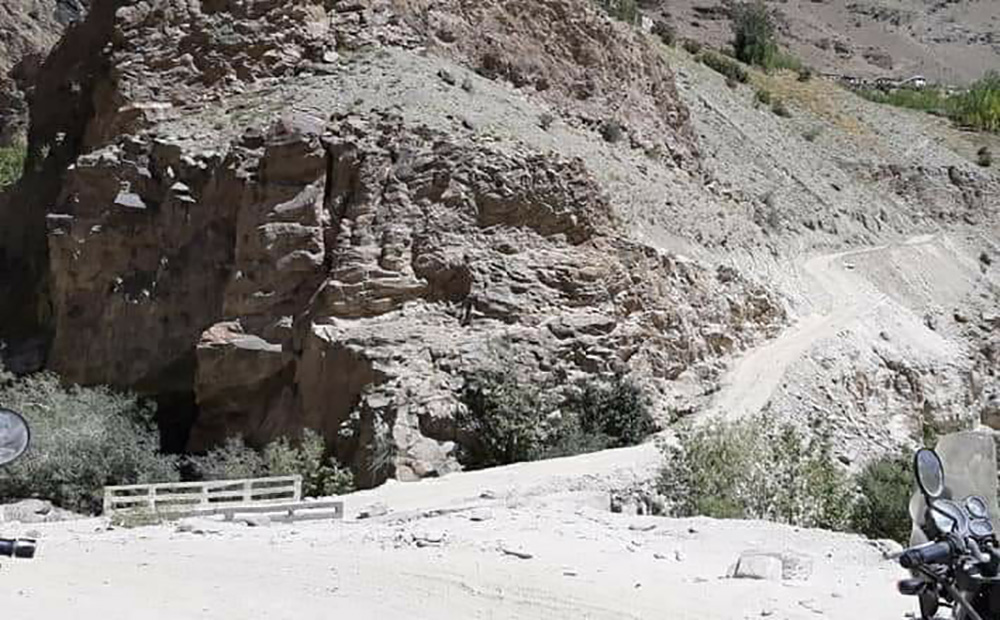 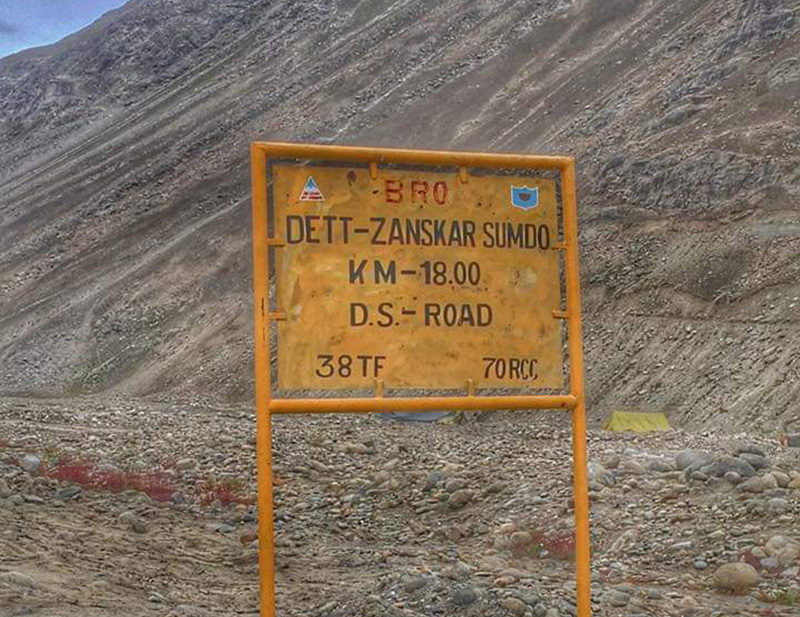 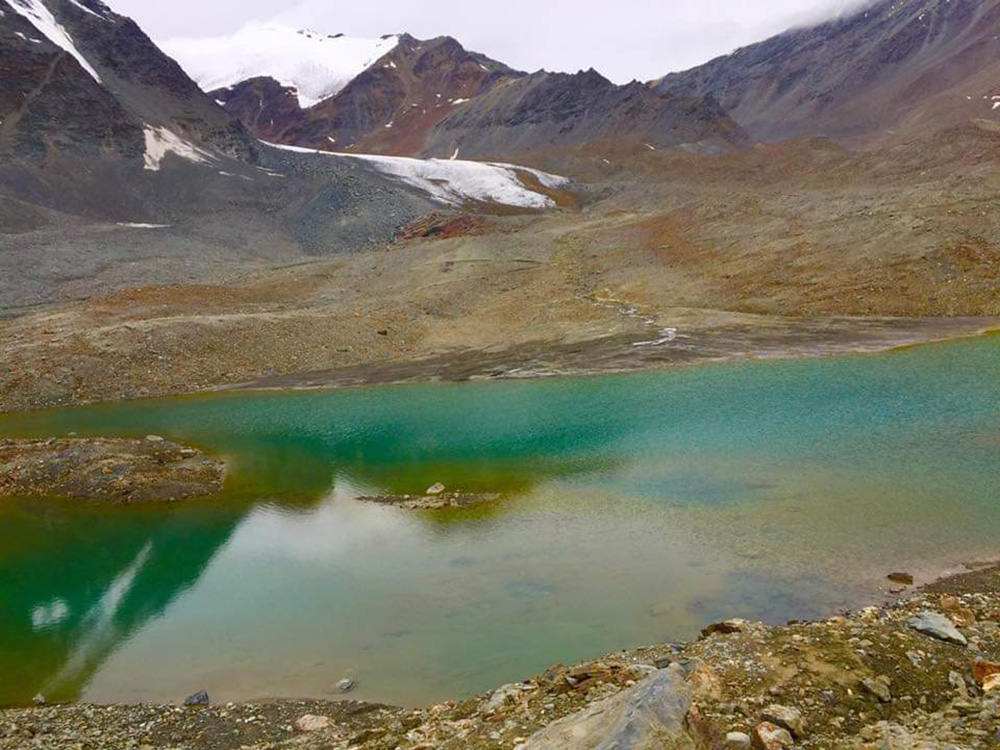 There are several villages en route that have so far been completely cut off from the rest of the country. Until now, all these villages could only be reached after a steep trek of a day or more. Once this road is completely operational, it will make the lives of these villagers much easier.

If you have any questions or need any other information about this route, please feel free to ask in the comments section below or at our Community Forum, and I will be glad to answer.

Thanks for sharing such meaningful information. Just wanted to ask. Is there any update on the current conditions. Is it fit enough to travel by 4×4 in the month of August considering the rainy season around in the region?

Will really appreciate your inputs.

I will advise against going in the rainy season. Even without the rains, it was a little difficult to drive on

Hi Vargis. Thanks for your blogs. With little information available, your blogs are really valued
We are planning to do the darcha padum route end of September. What would your advice be?

Darcha to Padum is open.
My friends have passed 2 days ago, after Shikula, the route is completely off-road. As per lates update that I got, the road is butter smllth and tarred upto 4kms before pass.

My question to Vergis, eill it be possible in Nov mod to do this?
You mentioned its not open for civilians, but is it because of ILP restrictions or military restrictions or becauee of chances of snow?

He must have written that because of snow. There is no ILP needed as such.
And yes november might be too much of a stretch. Infact, I was thinking to do it in october mid and now thinking of doing it a week before.
Were your friends able to reach Pensi La? Did they need each other’s help in getting through, after Shinku La?

We are planning to go from Srinagar to Manali via Darcha – Shinku La In July 2020 on bikes.
Will road be operational by then ?
if yes, will this route allow foreign tourists ?

Srinagar to Manali ??
Firstly, Kargil to Padum road is almost always in a very bad shape. 240 kms will take you one full day of back breaking mind numbing journey
Padum to Shinku La is not complete yet
Shinku La to Darcha is motorable but heavy cars not recommended.

ur best bet is to try this route in mid September. it should be do able via bike, i mean for padum to darcha.

Hi, I am planning a trip to Spiti in mid July and on return, can I drive my SUV (NOT 4*4) uptill Shingo La and trek to the Durang Durung glacier?

Not without professional help and guides. And Shingo La to Drang Drung will take at least 2 days to reach by trek.

Hi sir , will i be able to reach shingo la pass in jeep in last week of june? Is it recommended or should we go only to baralacha la pass?

Are there any updates on through travel from Darcha, past Shinku La, all the way to Padum?

Not complete yet, won’t be for at least until next year.

Hi bro,is their any update about this road.is it still under construction?

I m afraid there is precious little information about the road. I haven’t been able to travel this year or last year so all I hear is jersey. Vargis said last year that you can drive your SUV from Darcha to Shingo La. Needs to be confirmed from people who have been there this year though.

You are absolutely right Atul Bhai. People have been to the top of the pass but let us see how it turns out this year.

Thanks for the insight Marc

Wow. I really need to plan a trip to Darcha and Shinku La !

No it is not. The stretch from Shinku La till Padum is still under work.

Is it possible to travel by SUV, say Mahindra Scropio from Padum via Darcha via Shingo La pass to Keylong?

Google shows road from Padum upto Anmo and after that just a walking trail upto Purne (Near Darcha).

We are beginning our trip in Aug2016 End from the Manali side, going to Tso Moriri, Pangong Tso (via Chushul), Hundar, Leh, Kargil. After Kargil we actually want to go to Srinagar, but if conditions in Srinagar are unsafe, then we want come back to Manali, but we do not want to come back thru the traditional Leh-Manali highway. I found a way thru Kargil-Rangdum-Padum-Darcha-Shingo La Pass-Keylong. Is this road drivable?

The road from Darcha to Padum is not drivable completely, you can only take your SUV till Shinku La. from Darcha

Thanks Vargis. So Darcha to Shingo La can be considered.

Can you elaborate on “Darcha to Padum is not drivable completely”?

there is a road from darcha to the pass. after the pass, a monk started to build the road in direction of kargyak. when i was there in the end of august 2016, there was only 10km “road” on the zanskar side, but probably not drivable. the monk wants to build the road all the way to kargyak by the end of september 2016. but between kargyak and amnu, there is no road at all, only trekking path

I m not sure what you meant there ! A guy is building a road from Shingo La towards Padum all alone ?? And 10 kms of the road is already complete ?

yes, more more less: the monk is building (as far as i know only with the help of one driver) a road from shingo la to kargyak and in the end of august 2016, there was only a little bit (approx. 10km) of “road” (i.e. bad quality) on the western side of shingo la. afaik, the monk will continue in 2017 from kargyak in direction of amnu. but around amnu, i saw some other roadworking going on, so i guess that the indian government (BRO) is working there… there will be a documentary about it on french tv in 2017…

Is this Possible to reach Darcha by Car from Himachal side?

I mean to say about Darcha Village in Zanskar.

Darcha is not in Zanskar … Did you mean Padum?

Anil the article clearly mentions that the Shingo La Padum stretch is still under works. But even this small 39.6 km stretch from Darcha to Shingo La is an enormous achievement. Coupled with the all weather Rohtang tunnel, which reduces the distances between Manali and Keylong by nearly 40 kms, this new road is really exciting. Soon you will be able to reach Shingo La from Manali in about 4.5 hours flat. The planned tunnel under the mighty Shingo la will be another major step because it will make the trip forward to Padum an all weather one. I m not sure how long the run from Shingo la to Padum is going to be, but my guess is that it will be another 4 hours. So in nut shell. You would be able to reach Padum from Manali even in peak winter in about 8 hours. From somewhere close to Padum, a road will take off for Nimmu onwards to Leh

would you know if this is connecting yet to Padum or not?