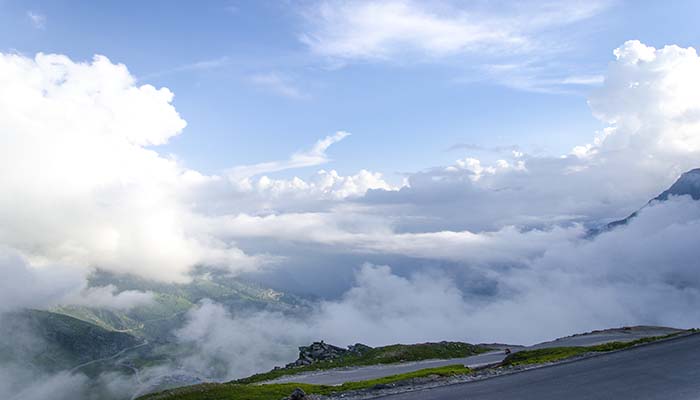 The pass however is to remain closed for the tourists for another one week. For now, tourists are only allowed to go till Marhi as the restoration work at the top is still under process. Heavy Motor Vehicles are also not allowed to travel on the road for another one week. BRO and tourism authorities expect the work to be completely finished by May 22 post which the road will be operational until Darcha. Manali Leh highway is still closed beyond Darcha as the restoration work at Baralacha Pass is still under progress.

Rohtang Pass and the heavy traffic on the road has been in the news a lot lately. The rising pollution levels and melting of glaciers is becoming a huge concern for the authorities. Below are a few things that you need to keep in mind if you are planning to travel to Rohtang or beyond this year.

Do you happen to know current state of Manali Leh Highway? My husband and his friends are in Leh right now. They would like to start return journey on 15th. Will highway be open by then?

Highway is still closed. It is expected to open sometime next week however the date is still tentative.

Still not open.Most likely to open after 15th June, but no official words.

Are you talking about the Manali Leh highway Jagdish?

Yep .. that probably wouldn’t open until after 20th

Dear vargis, can you update the status of leh manali highway and wt is the tentative date of opening….i will be start fro Leh on 15th June. What do you think it will be OK by this time. plz reply.

Hi Vargis
We are planning to travel from Manali to Sarchu then Leh on June 8th or 9th 2015. Can you please tell us likelihood of Baralacha La pass being open and travel conditions? We will riding royal enfields. Any suggestions appreciated.

Manali Leh highway is expected to open by Mid June however it is already “unofficially” open. Only risk of getting stuck somewhere if BRO is in progress of clearing the snow and closes the road temporarily.

Thanks much. We have decided to now go via Srinagar Leh route. So likely to cross Baralacha la on 13th or 14th June. Please do post of any updates on Baralacha and again thanks for your help

You are welcome brother … All the best for your journey.

Dear Vargis,
We are returning from Leh by Baralacha-Rotang route expected on 11th June..
What do you think it will be OK by this time?

Dear vargis, rohtang pass is closed on Tuesday. I will be start from sarchu to reach manali on Tuesday. Are vehicles allowed from leh side on Tuesday???

Hello Farogh, Restriction applies only to traffic travelling from Manaii to Rohtang.